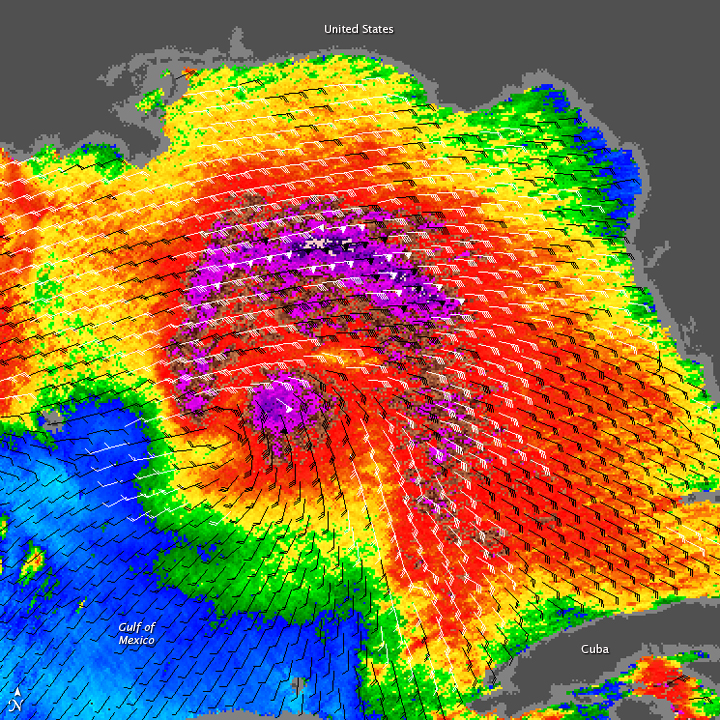 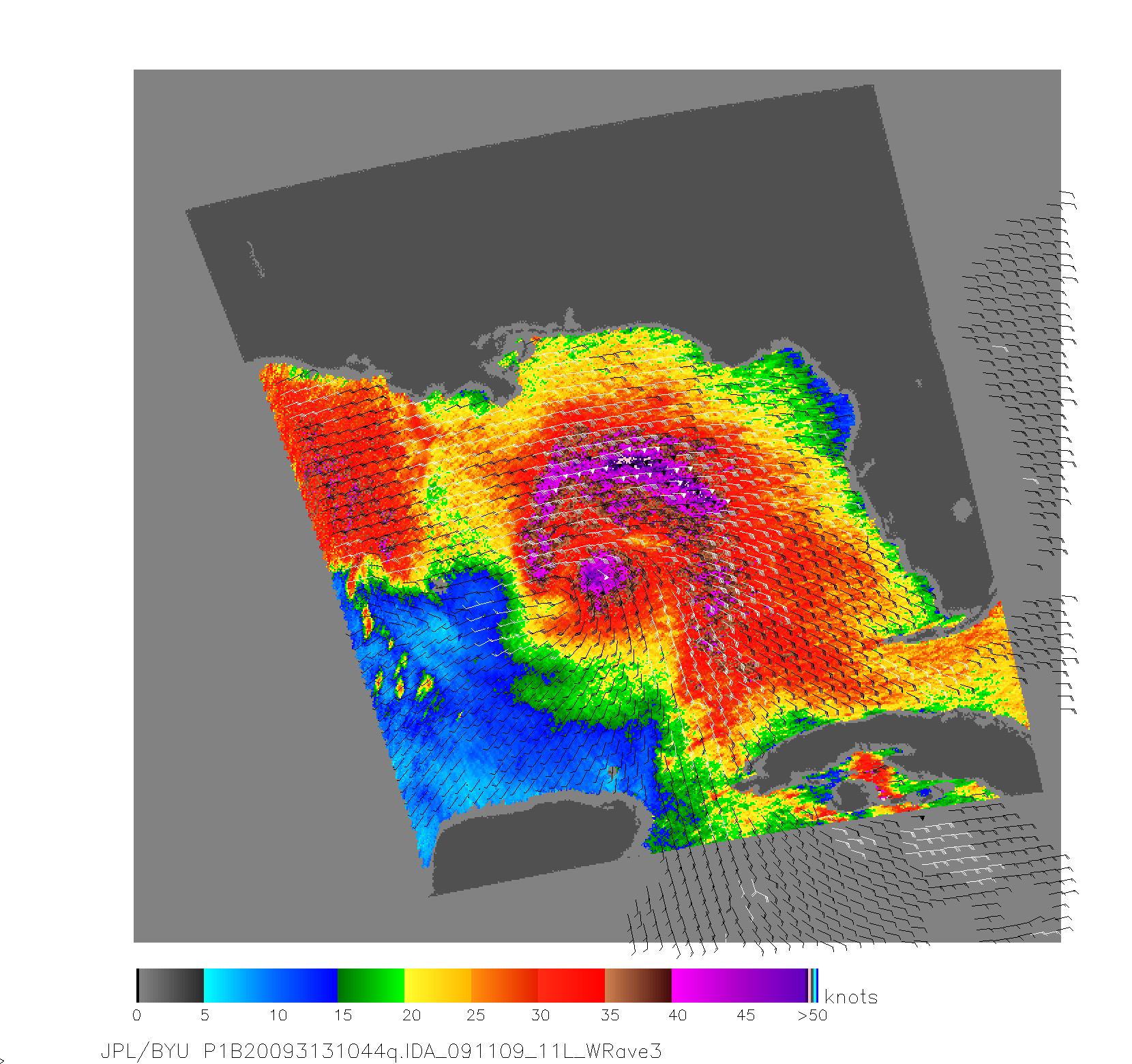 Hurricane Ida has a concentrated center of strong winds in this visualization of the storm’s wind field as observed by the QuikSCAT satellite on November 9, 2009.