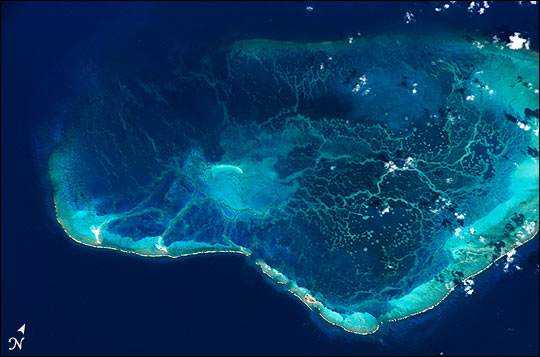 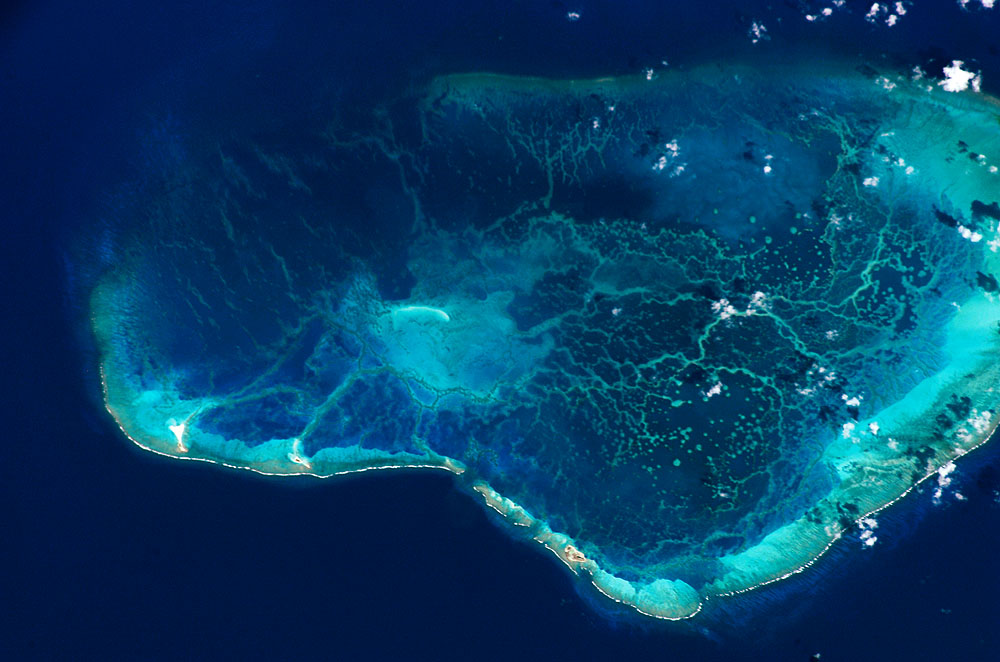 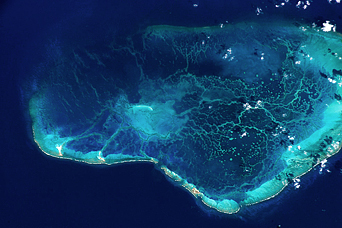 Looking out the window of the International Space Station, astronauts often take the time to admire and photograph tropical islands and coral reefs. From an altitude of 400 kilometers and with only a digital camera as a tool, it seems impossible to make detailed measurements of the depth of underwater features. However, a new technique developed by NOAA scientists has done just that—plotted the depths of lagoon features at Pearl and Hermes Reef, northwest Hawaii, using digital astronaut photography from the International Space Station (ISS).

Astronaut photographs ISS005-E-13929 was taken with a Kodak DCS760 digital camera equipped with an 400 mm lens and provided the Earth Observations Laboratory, Johnson Space Center. The International Space Station Program supports the laboratory to help astronauts take pictures of Earth that will be of the greatest value to scientists and the public, and to make those images freely available on the Internet. Astronaut photography of coral reef environments is one of the science objectives of the Crew Earth Observations project. Additional images taken by astronauts and cosmonauts can be viewed at the NASA/JSC Gateway to Astronaut Photography of Earth.