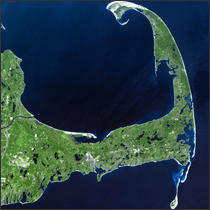 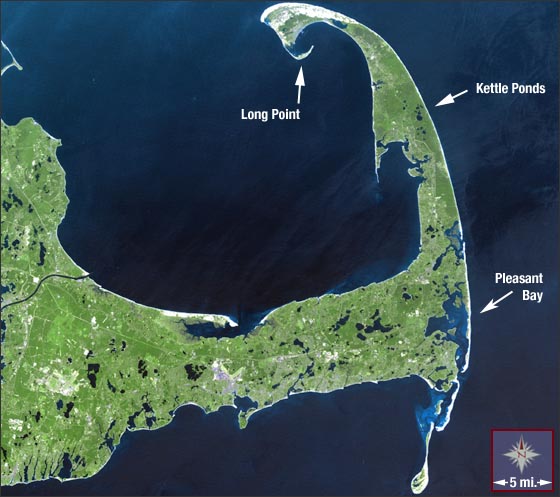 In easternmost Massachusetts, Cape Cod juts dramatically out into the Atlantic Ocean. The 65-mile peninsula has Cape Cod Bay to its north, the Nantucket Sound to its south and the Atlantic Ocean to its east. It is the world’s largest glacially formed peninsula; a remnant landscape left by the retreating Laurentide Ice Sheet.

The outer shore of the cape, from Long Point to south of Pleasant Bay, was designated as the Cape Cod National Seashore in August of 1961. The National Seashore encompasses over 44,000 acres of land, which includes marine, estuarine, and freshwater ecosystems.