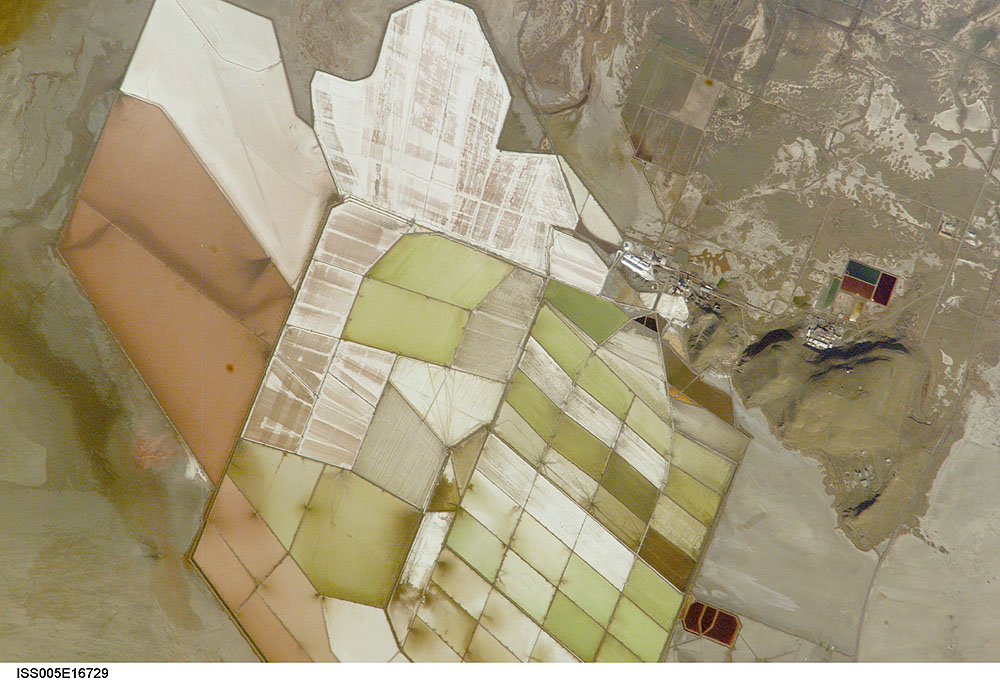 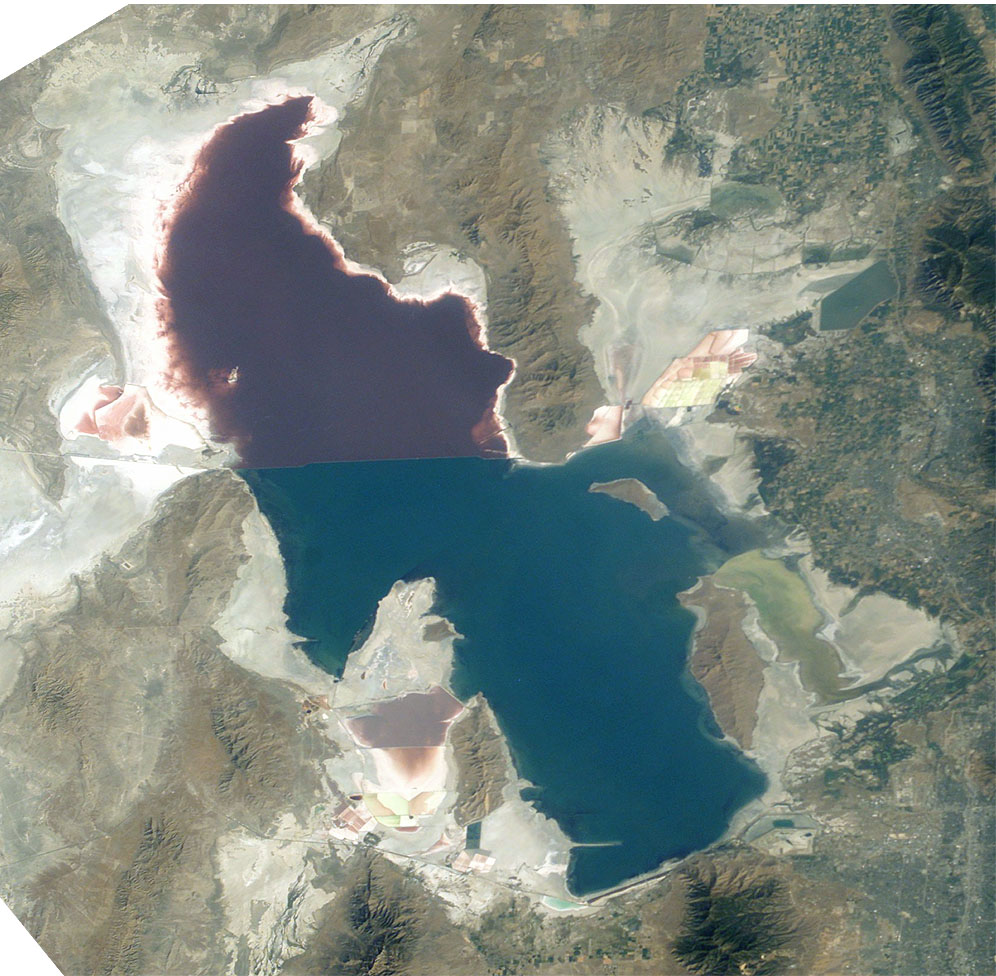 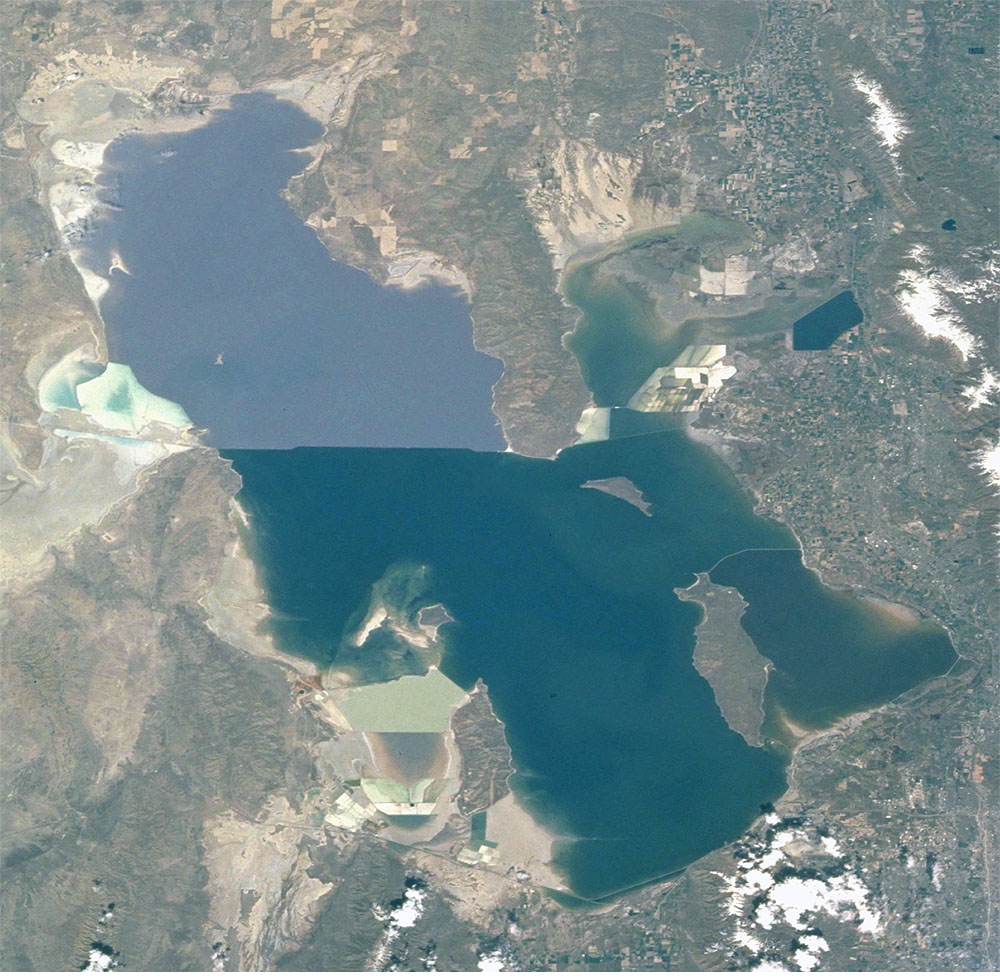 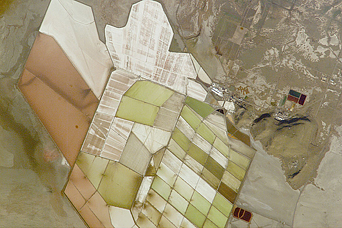 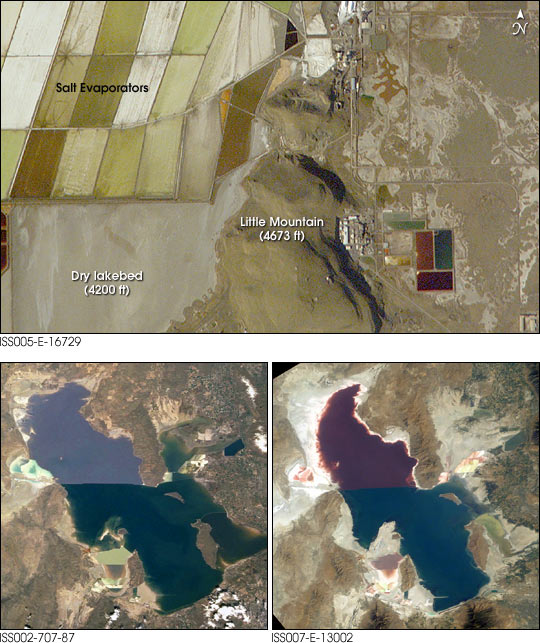 Great Salt Lake serves as a striking visual marker for astronauts orbiting over North America. A sharp line across its center is caused by the restriction in water flow from the railroad causeway. The eye-catching colors of the lake stem from the fact that Great Salt Lake is hypersaline, typically 3–5 times saltier than the ocean, and the high salinities support sets of plants and animals that affect the light-absorbing qualities of the water. Space Station astronauts have recorded the decline in lake levels in response to a regional 5-year drought taking both detailed views and broad views of the entire lake. As lake levels have declined the salt works have become islands in the middle of a dry lakebed.

Three different space station crewmembers took the photographs shown above. Image ISS005-E-16729 was taken with a Kodak DCS760 digital camera and 800-mm lens on October 7, 2002, ISS007-E-13002 was taken with a digital camera and 50-mm lens on August 19, 2003, ISS002-707-87, was taken with a Hasselblad film camera and 110-mm lens in summer 2001. Details provided by Julie Robinson (Lockheed Martin), Earth Observations Laboratory, Johnson Space Center. The International Space Station Program supports the laboratory to help astronauts take pictures of Earth that will be of the greatest value to scientists and the public, and to make those images freely available on the Internet. Additional images taken by astronauts and cosmonauts can be viewed at the NASA/JSC Gateway to Astronaut Photography of Earth.