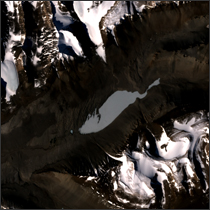 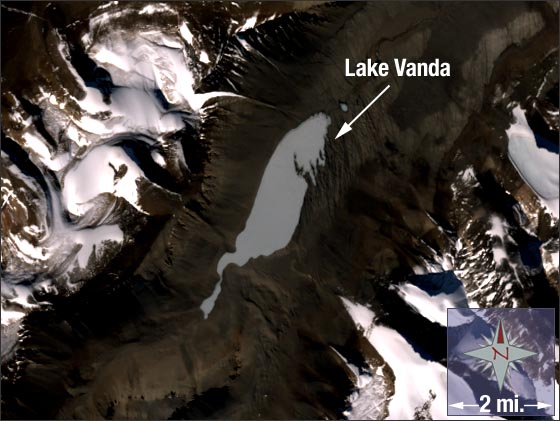 In ice-covered Antarctica, Wright Valley is a "Dry Valley" located in a rainshadow. By blocking clouds that would otherwise bring snow to the valley, the ridges of the Transantarctic Mountains keep Wright Valley virtually precipitation free. Lake Vanda can be found in the central region of Wright Valley. The lake is approximately 3 miles long and up to 250 feet deep in places. While the surface waters of Lake Vanda are perennially ice-covered, a thermal inversion caused by the hypersaline nature of the deeper water allows water temperatures to reach nearly 80° F at the lake's bottom. Lake Vanda is fed by the Onyx River, Antarctica's longest river (~19 miles). During the summer months, the Onyx carries glacial meltwater to Lake Vanda. Vanda is a closed-basin lake; no water flows out of the lake toward the ocean.