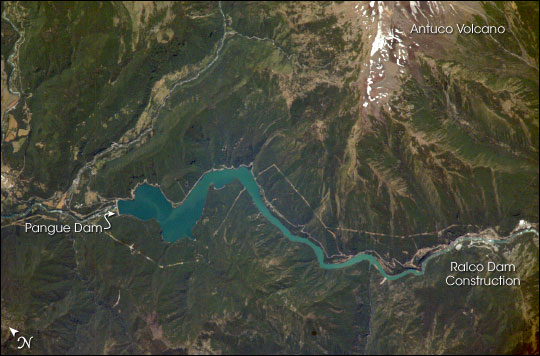 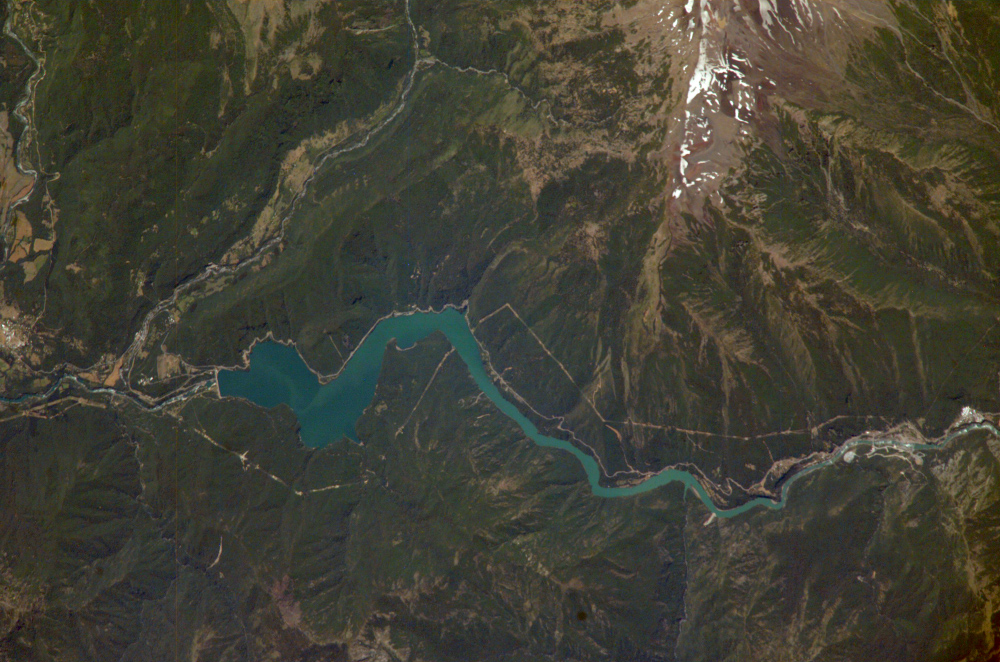 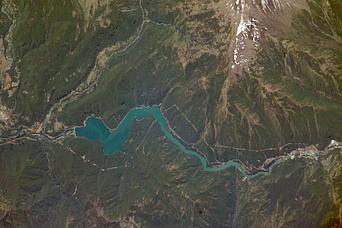 Chile’s Bíobío River flows northwestward from the high Cordillera of the Andes to the Pacific Ocean near Concepción, about 450 kilometers south of Santiago. The river is known globally for spectacular white-water rafting. This image shows a section of the river that skirts around Callaqui volcano in the Andes, and features the Pangue Dam and reservoir filling a narrow, meandering segment of the Bíobío River valley. Completed in 1996, the dam is the first of six hydroelectric dams planned by ENDESA, a Chilean utility company. The future development of the Bíobío River is a point of intense debate among Chileans, and has been called Chile’s “defining environmental issue.”

Astronaut photograph ISS008-E-12372 was taken 10 January 2004 using a Kodak digital camera and 800 mm lens and was provided by Michael Trenchard and Julie A. Robinson, Earth Sciences and Image Analysis Laboratory (Lockheed Martin), Johnson Space Center. The International Space Station Program supports the laboratory to help astronauts take pictures of Earth that will be of the greatest value to scientists and the public, and to make those images freely available on the Internet. Additional images taken by astronauts and cosmonauts can be viewed at the NASA/JSC Gateway to Astronaut Photography of Earth.