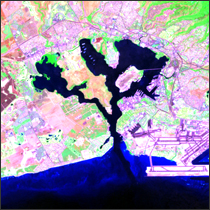 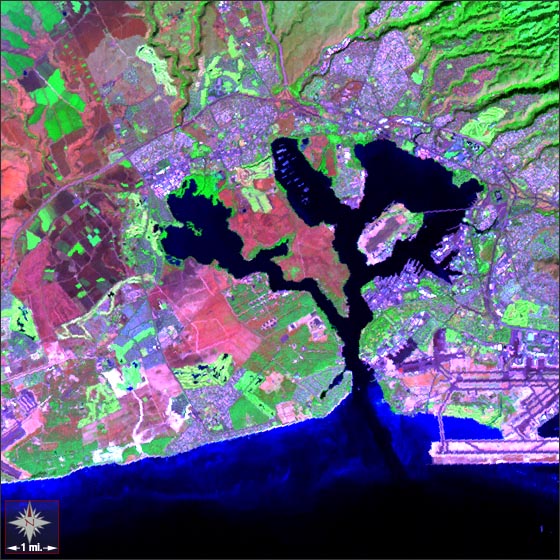 Pearl Harbor is located on the southern shore of the island of Oahu on the Hawaiian Island chain. The harbor was made infamous on December 7, 1941 when a Japanese air raid destroyed much of the U.S. Navy battleship force. Today, Navy and Air Force facilities still occupy the majority of Pearl Harbor's shoreline. The Honolulu International Airport can be found in the lower right portion of this image.