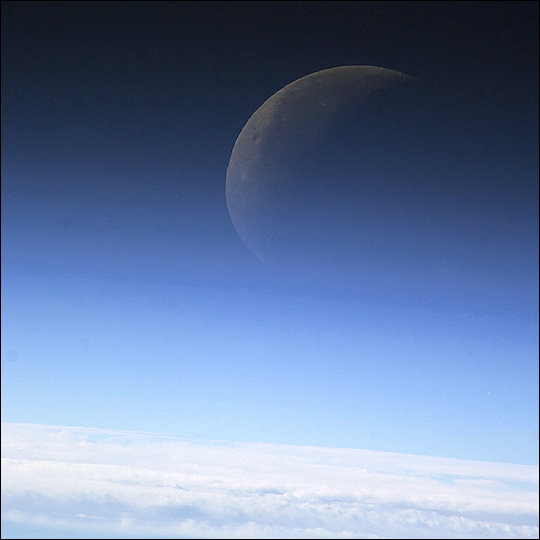 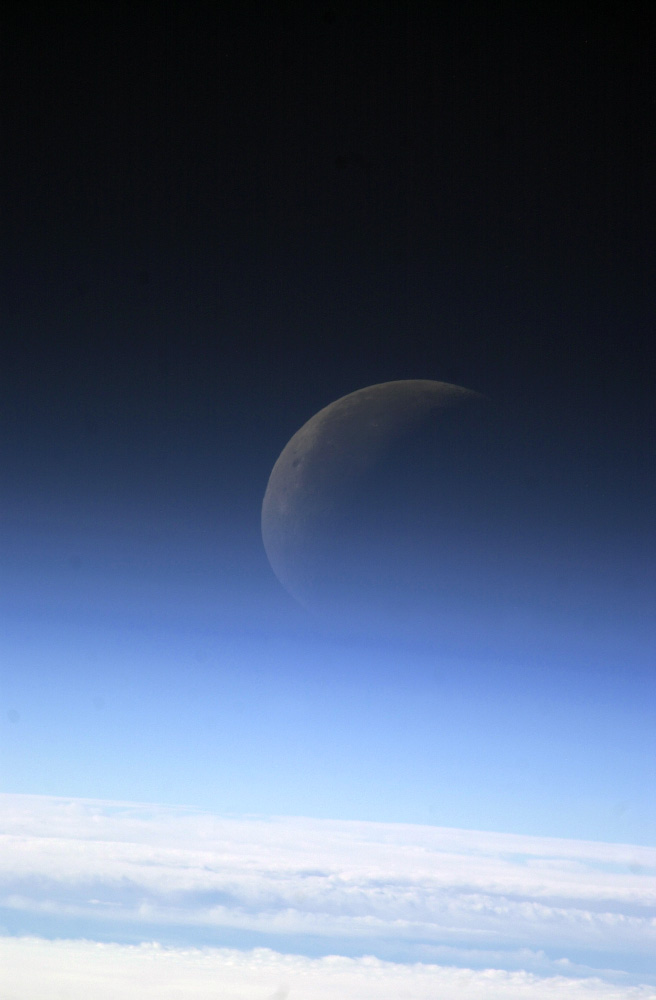 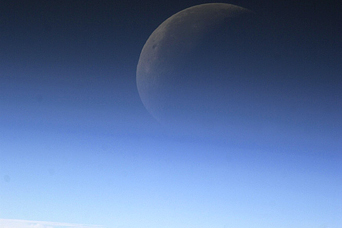 From a vantage point about 360 km (225 miles) over the Earth, Space Station crewmembers photographed the crescent moon through the upper layers of Earth’s atmosphere. At the bottom of the image, a closed deck of clouds is probably at about 6 km (3 miles). The shades of blue grading to black are caused by the scatter of light as it strikes gas molecules of the very low density upper atmosphere.

Astronaut photograph ISS008-E-8951 was taken using a Nikon digital camera with an 800-mm lens and was provided by Julie A. Robinson, Earth Sciences and Image Analysis Laboratory (Lockheed Martin), Johnson Space Center. The International Space Station Program supports the laboratory to help astronauts take pictures of Earth that will be of the greatest value to scientists and the public, and to make those images freely available on the Internet. Additional images taken by astronauts and cosmonauts can be viewed at the NASA/JSC Gateway to Astronaut Photography of Earth.