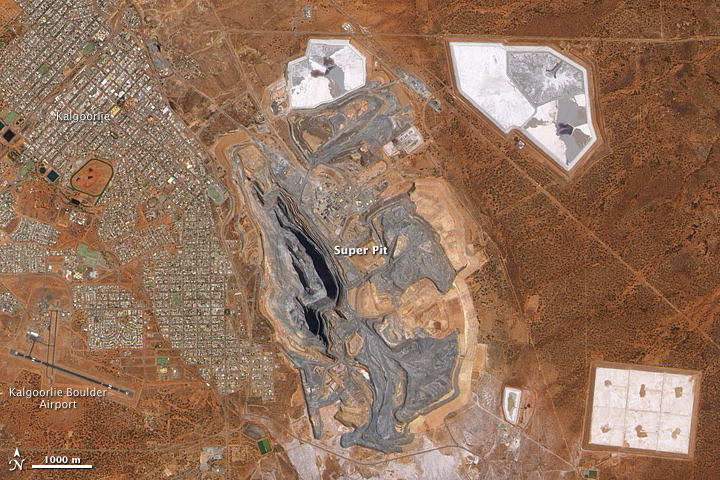 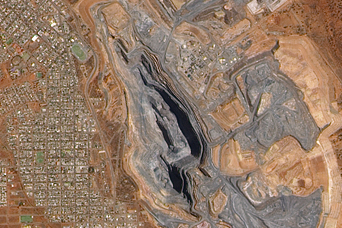 Acquired February 15, 2010, this true-color image shows the Super Pit Mine in Western Australia and part of the neighboring metropolitan area of Kalgoorlie.