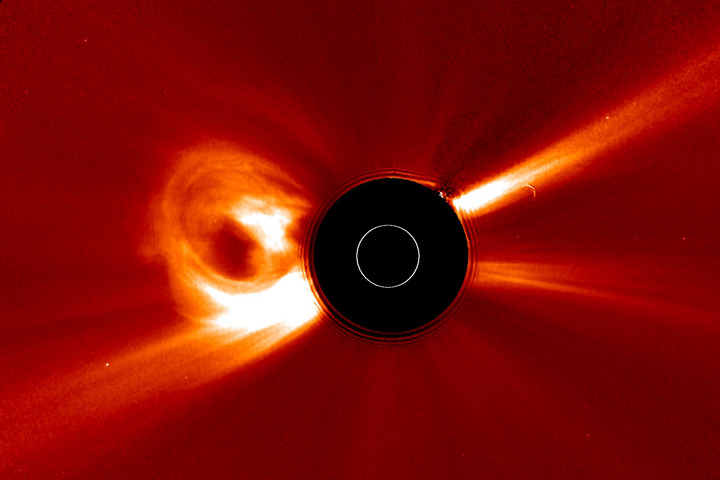 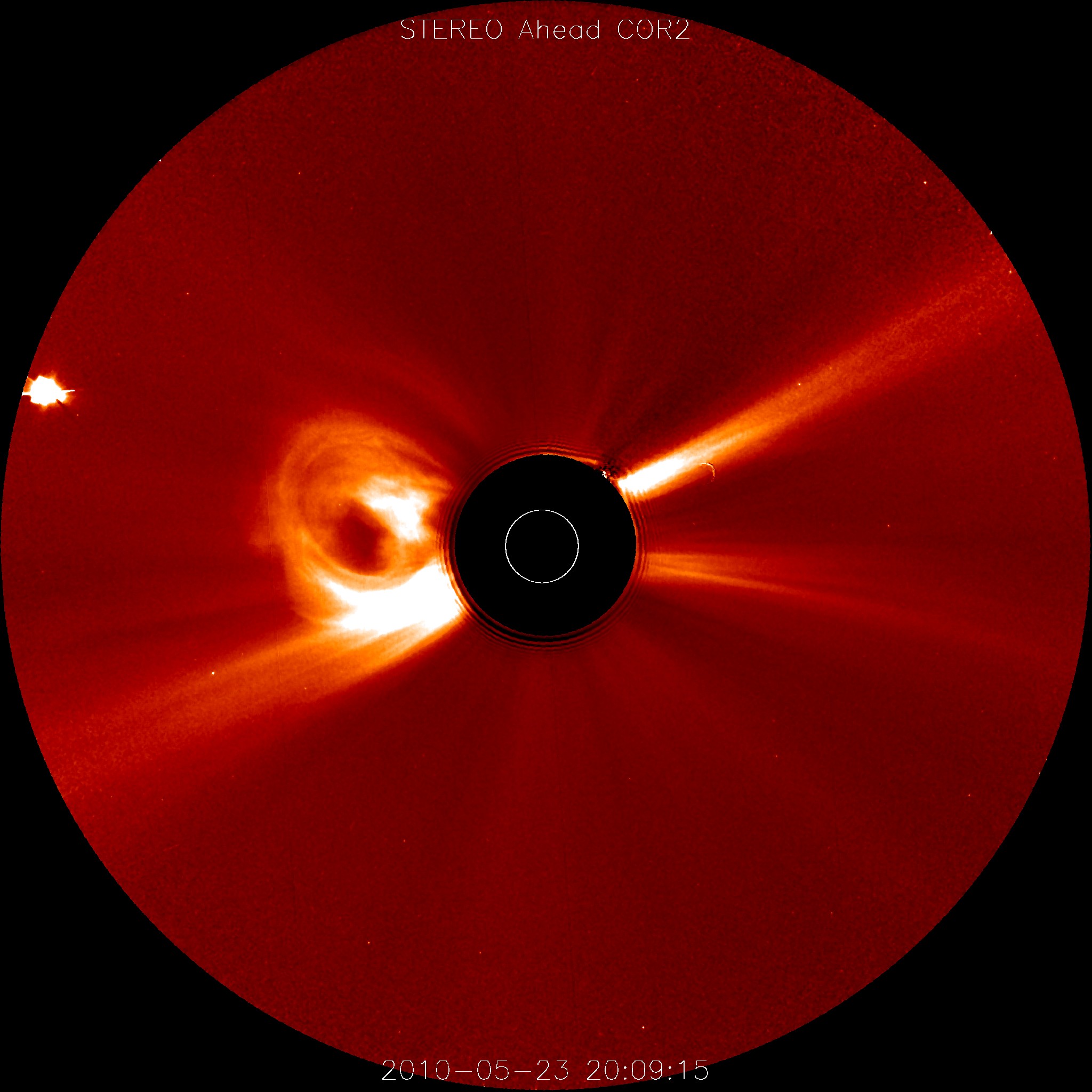 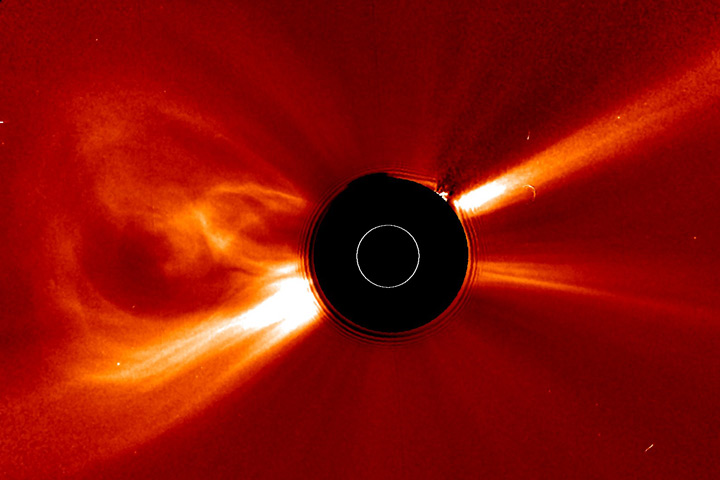 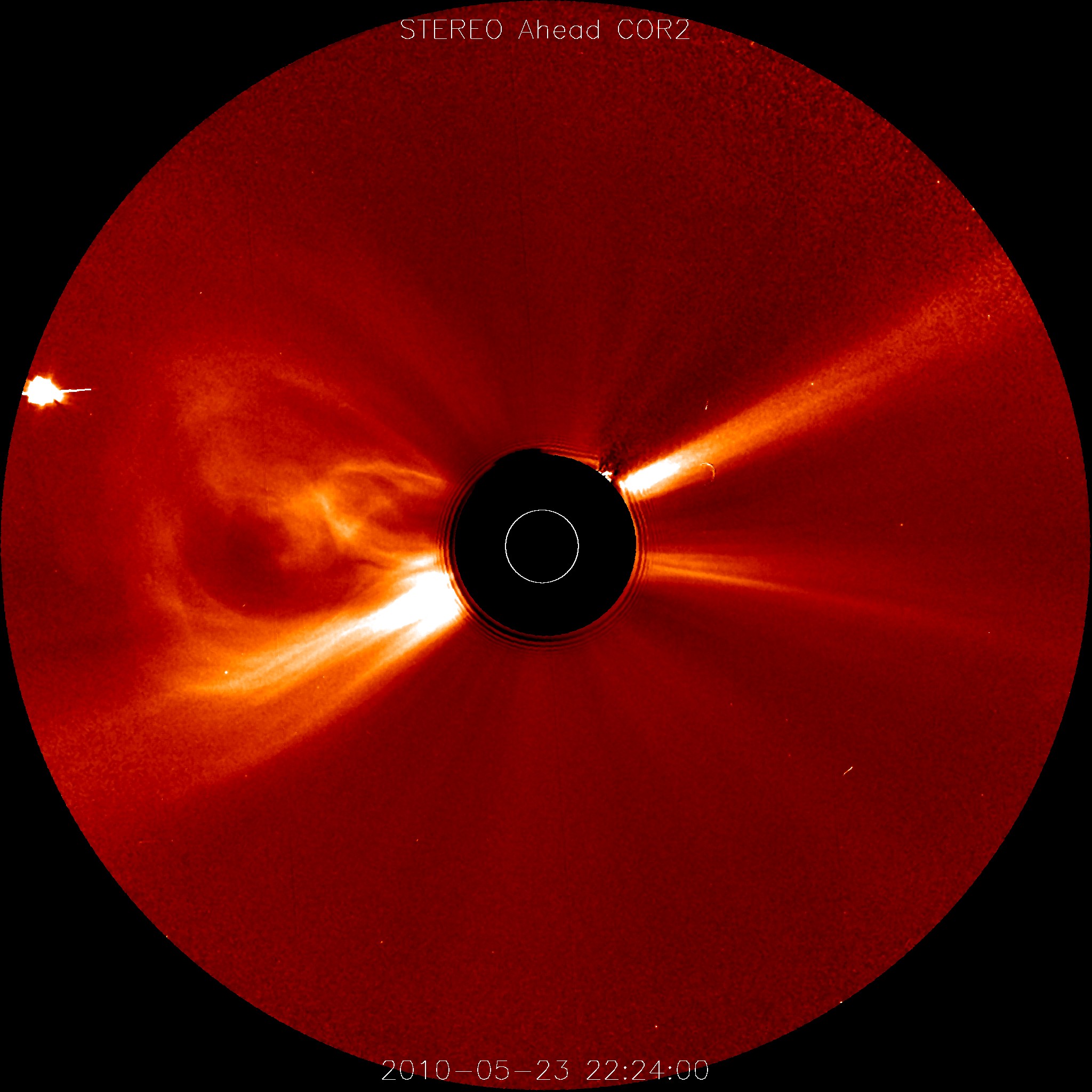 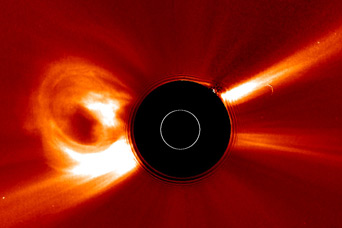 A bright mass of charged particles loops from the Sun’s outer atmosphere during a solar storm on May 23, 2010. Taken two hours apart, the pair of images shows the stream of particles moving away from the Sun during a coronal mass ejection.

This image originally appeared in the NASA Earth Observatory story May 2010 Solar Storm.