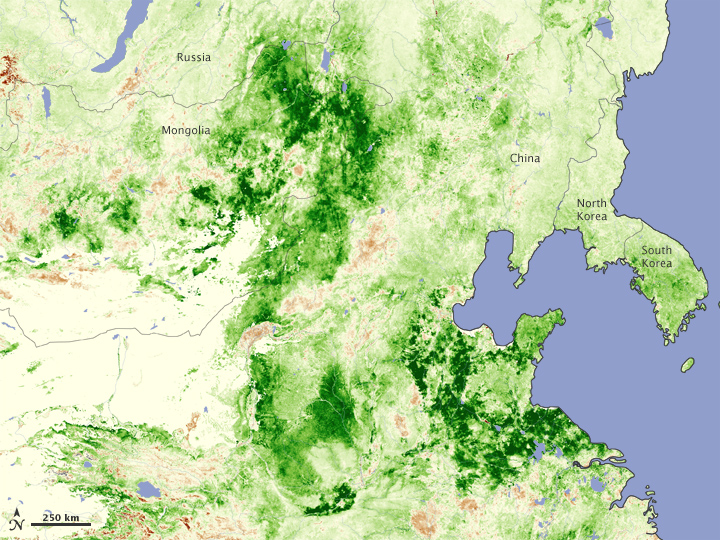 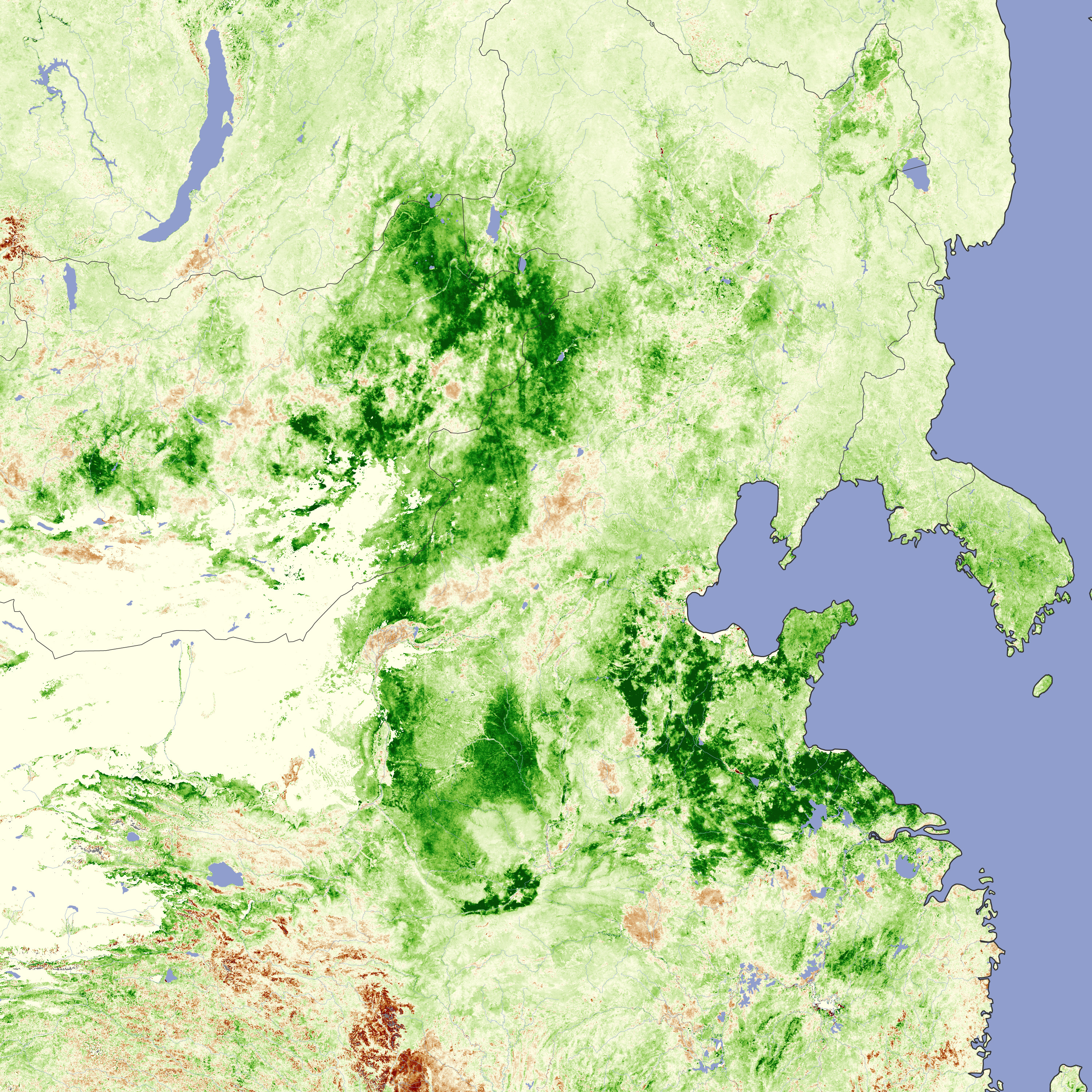 After a harsh winter that threatened to stunt China’s winter wheat, June brought a welcome reprieve. Warm, sunny weather nurtured the developing plants, allowing them to mature quickly. As a result, northern and central China expected a bumper crop of winter wheat in 2010, reported the United States Department of Agriculture Foreign Agricultural Service.

It wasn’t just winter wheat that flourished in the benevolent weather: this image shows expansive plant growth in much of northern and eastern China. The image is a vegetation index anomaly image, made from data collected by France’s SPOT vegetation satellite. The vegetation index is a measure of how much photosynthesis is happening.

The anomaly compares the vegetation index in June 2010 to the average of measurements made each June from 1999 through 2009. Areas in which plants grew more than average are green. Average growth is colored in cream, while less-than-average growth is brown. Green is the dominant color in the image, pointing to thick, rapidly growing plants.