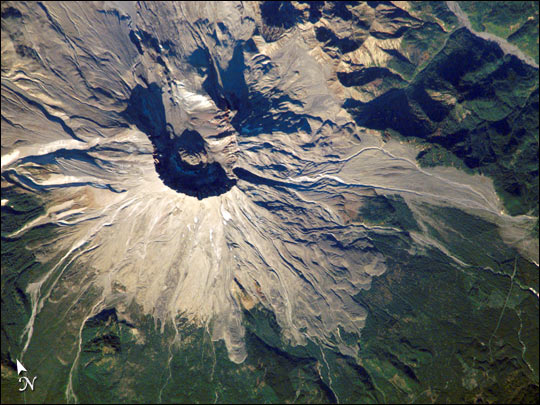 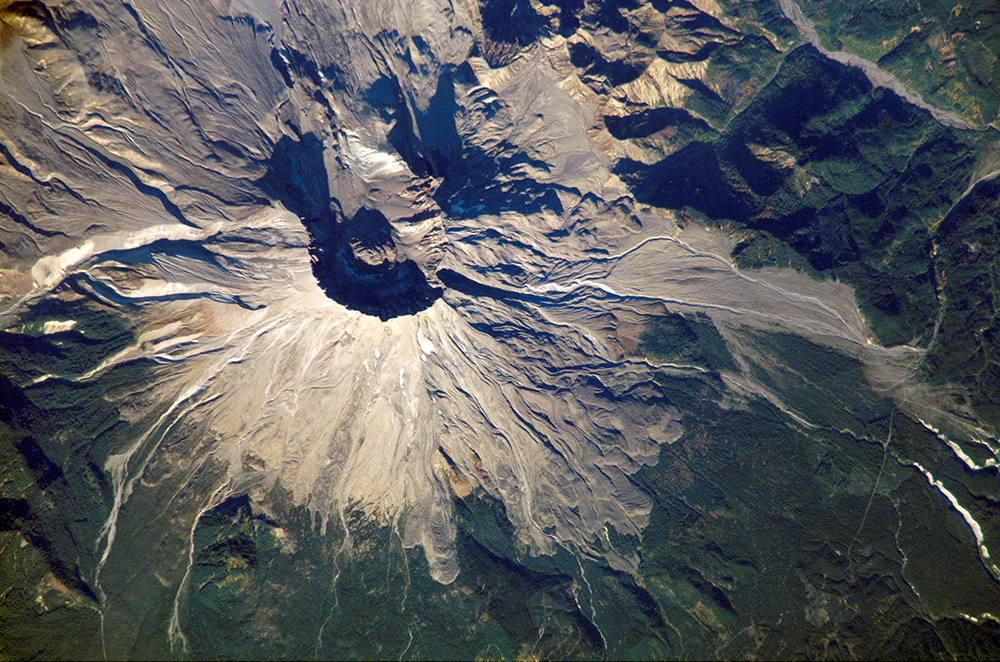 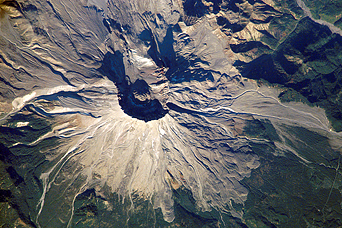 On May 18, 1980, Mount Saint Helens volcano erupted. Because the eruption occurred in an easily accessible region of the U.S., Mount St. Helens has provided unprecedented opportunities for U.S. researchers to collect scientific observations of the geology of an active volcano and document the regional ecological impact and recovery from an eruption.

Astronaut photograph ISS005-E-18511 was taken October 25, 2002, with a Kodak DCS760 digital camera equipped with an 800-mm lens, and is provided by the Earth Observations Laboratory, Johnson Space Center. The International Space Station Program supports the laboratory to help astronauts take pictures of Earth that will be of the greatest value to scientists and the public, and to make those images freely available on the Internet. Additional images taken by astronauts and cosmonauts can be viewed at the NASA/JSC Gateway to Astronaut Photography of Earth.