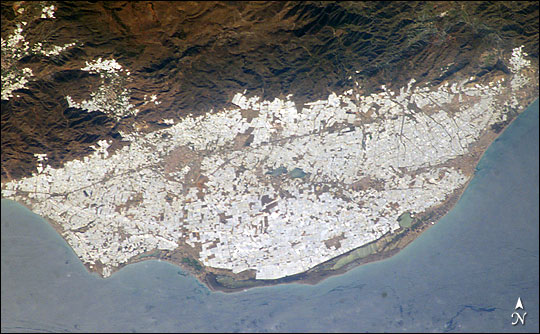 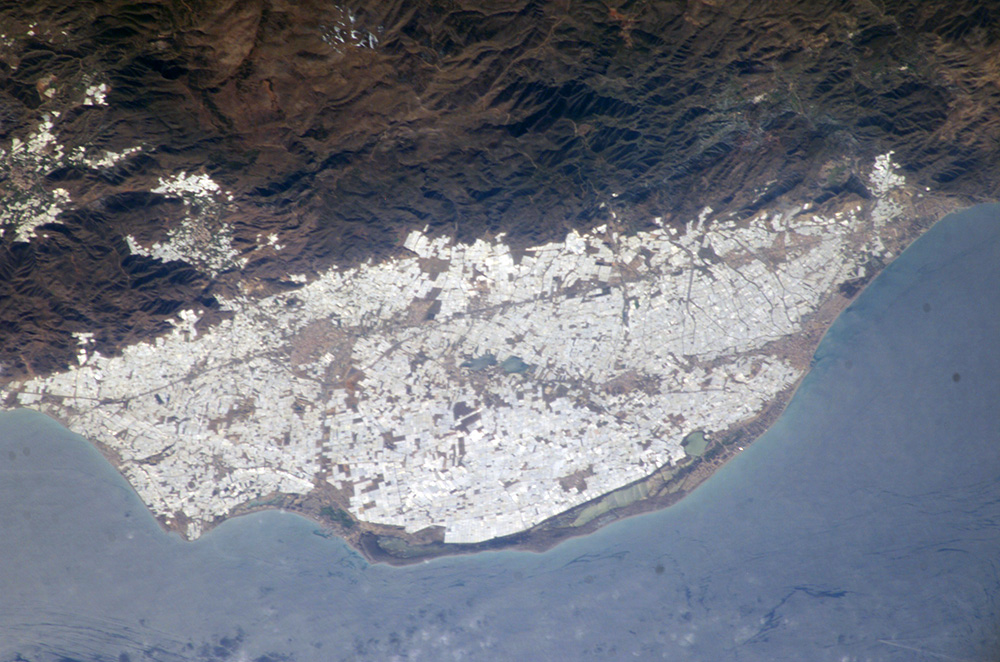 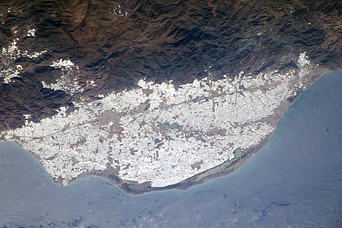 The sunny south of Spain offers more to the national economy than simply tourism. Over the past 50 years, the small coastal plain (campo), some 30 kilometers southwest of the city of Almería, has been intensively developed for agriculture. An estimated 20,000 hecatres of extra-early market produce is grown in greenhouses in the Campo de Dalías.

Astronaut photograph ISS008-E-14686 was taken February 7, 2004, with a Kodak DCS760 digital camera equipped with an 400-mm lens, and is provided by the Earth Observations Laboratory, Johnson Space Center. The International Space Station Program supports the laboratory to help astronauts take pictures of Earth that will be of the greatest value to scientists and the public, and to make those images freely available on the Internet. Additional images taken by astronauts and cosmonauts can be viewed at the NASA/JSC Gateway to Astronaut Photography of Earth.