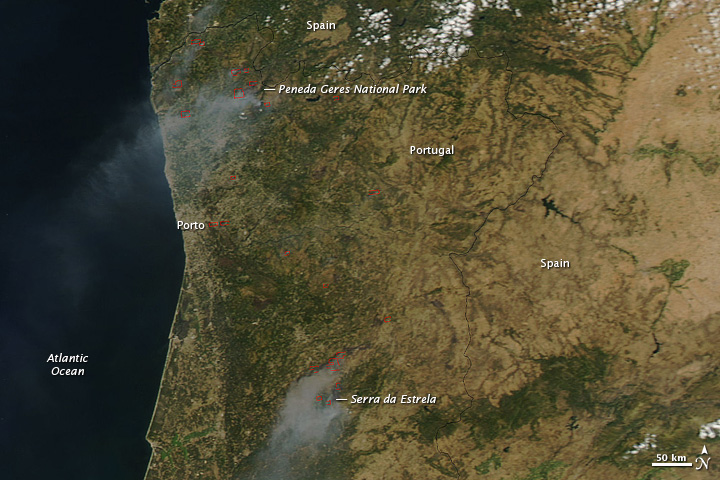 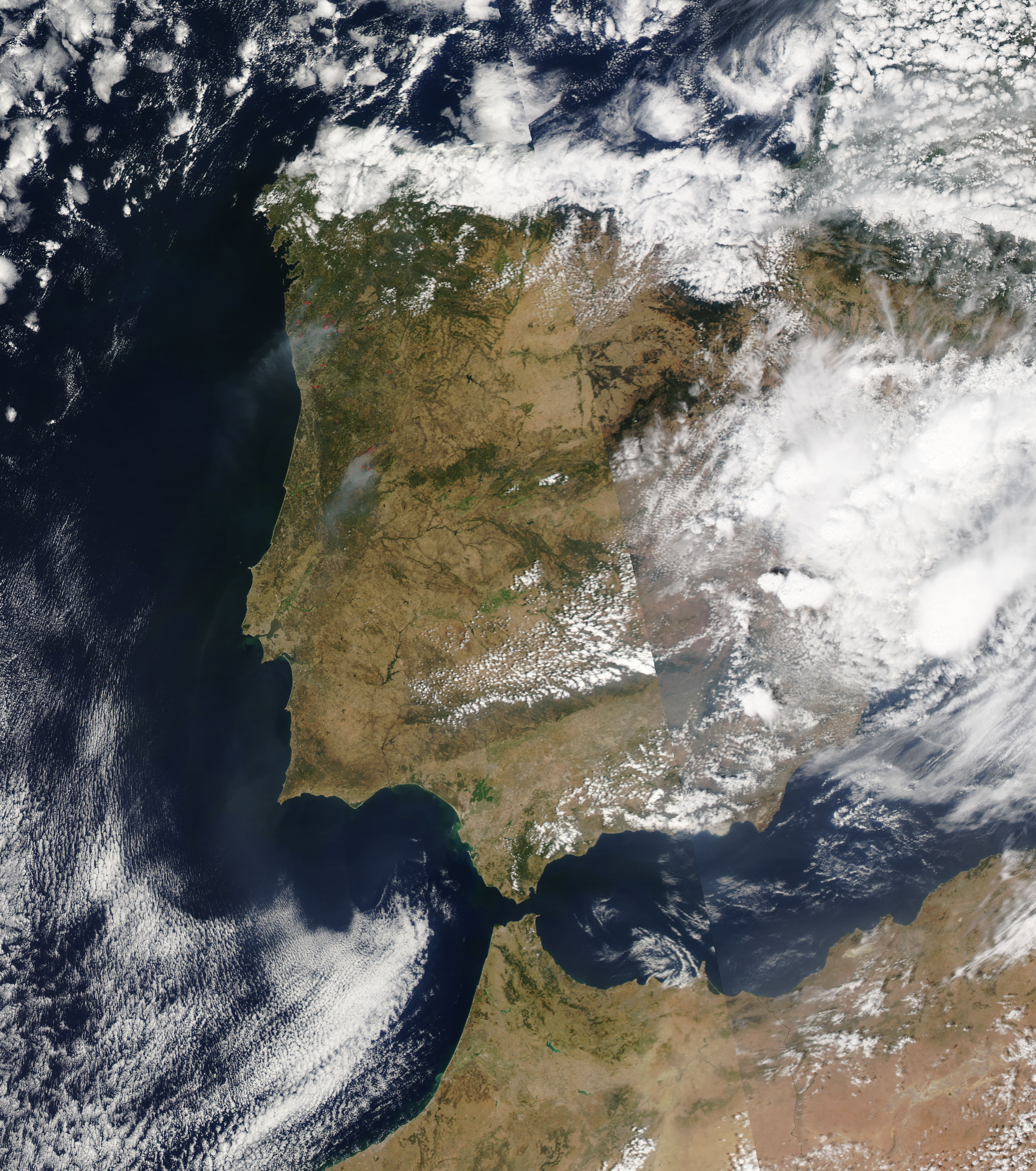 Several large fires were burning in northern and central Portugal on August 13, 2010, when the Moderate Resolution Imaging Spectroradiometer (MODIS) on NASA’s Aqua satellite acquired this image. The fires are outlined in red. Two groups of large fires were producing plumes of smoke that blew southwest.

In the north, several fires burn in and around Peneda Geres National Park, Portugal’s only national park. The fires forced the evacuation of 50 people from a village in the park, reported BBC News. The second large group of fires is in Serra da Estrela, a mountainous natural park.

Twice-daily images of Portugal are available from the MODIS Rapid Response System.