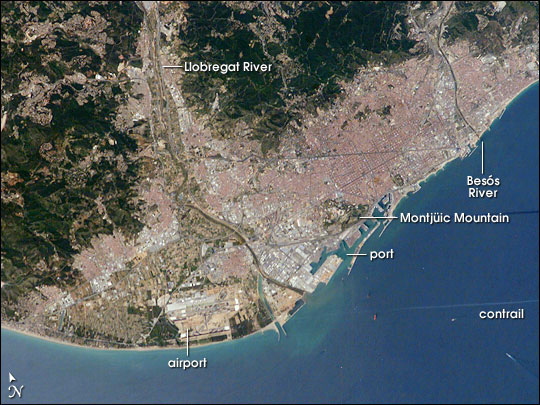 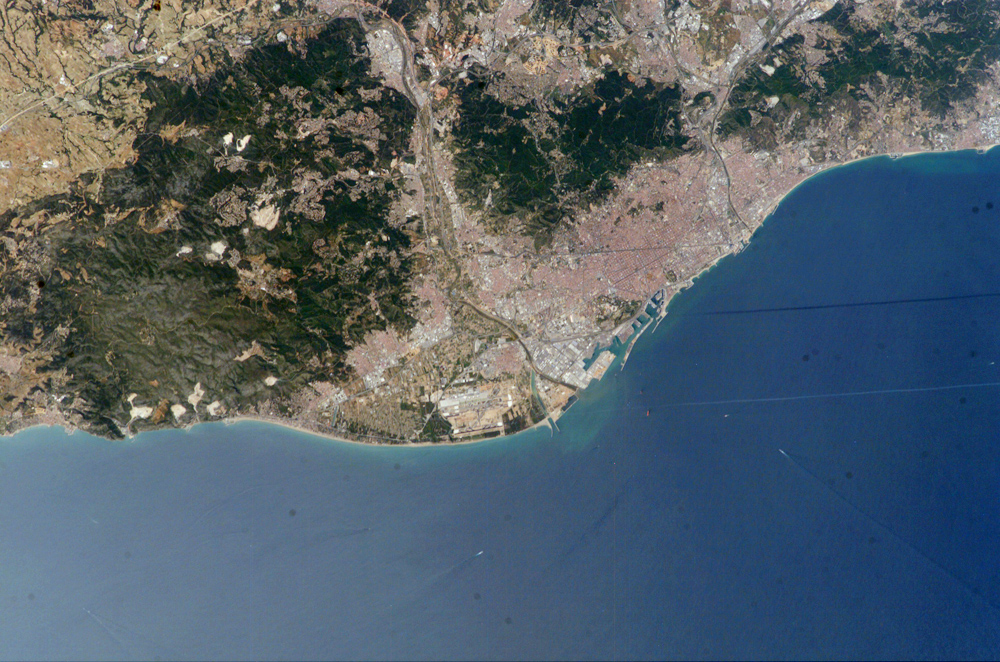 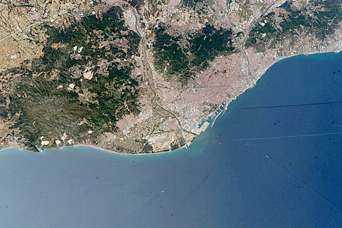 The roofs of Barcelona’s buildings appear as a widespread pink swath on the Mediterranean coastal plain, between forested hills (dark green, top) and the sea. The Llobregat River enters the view top center, cuts through a canyon in the hills and historically constructed a broad, convex delta south of the forested hills. Channelization of the Llobregat River to control flooding has encouraged development of the delta for a variety of urban and agricultural land uses. Barcelona’s airport is located in the central portion of the delta, while the western portion is used for intensive agriculture (light green areas).

Astronaut photograph ISS009-E-9987 was taken June 3, 2004 with a Kodak DCS760 digital camera equipped with a 180 mm lens, and are provided by the Earth Observations Laboratory, Johnson Space Center. The International Space Station Program supports the laboratory to help astronauts take pictures of Earth that will be of the greatest value to scientists and the public, and to make those images freely available on the Internet. Additional images taken by astronauts and cosmonauts can be viewed at the NASA/JSC Gateway to Astronaut Photography of Earth.