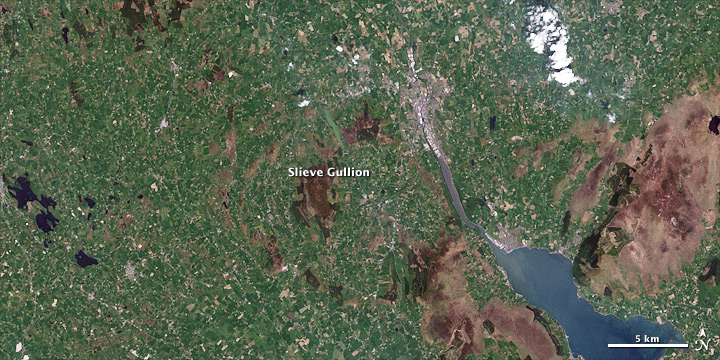 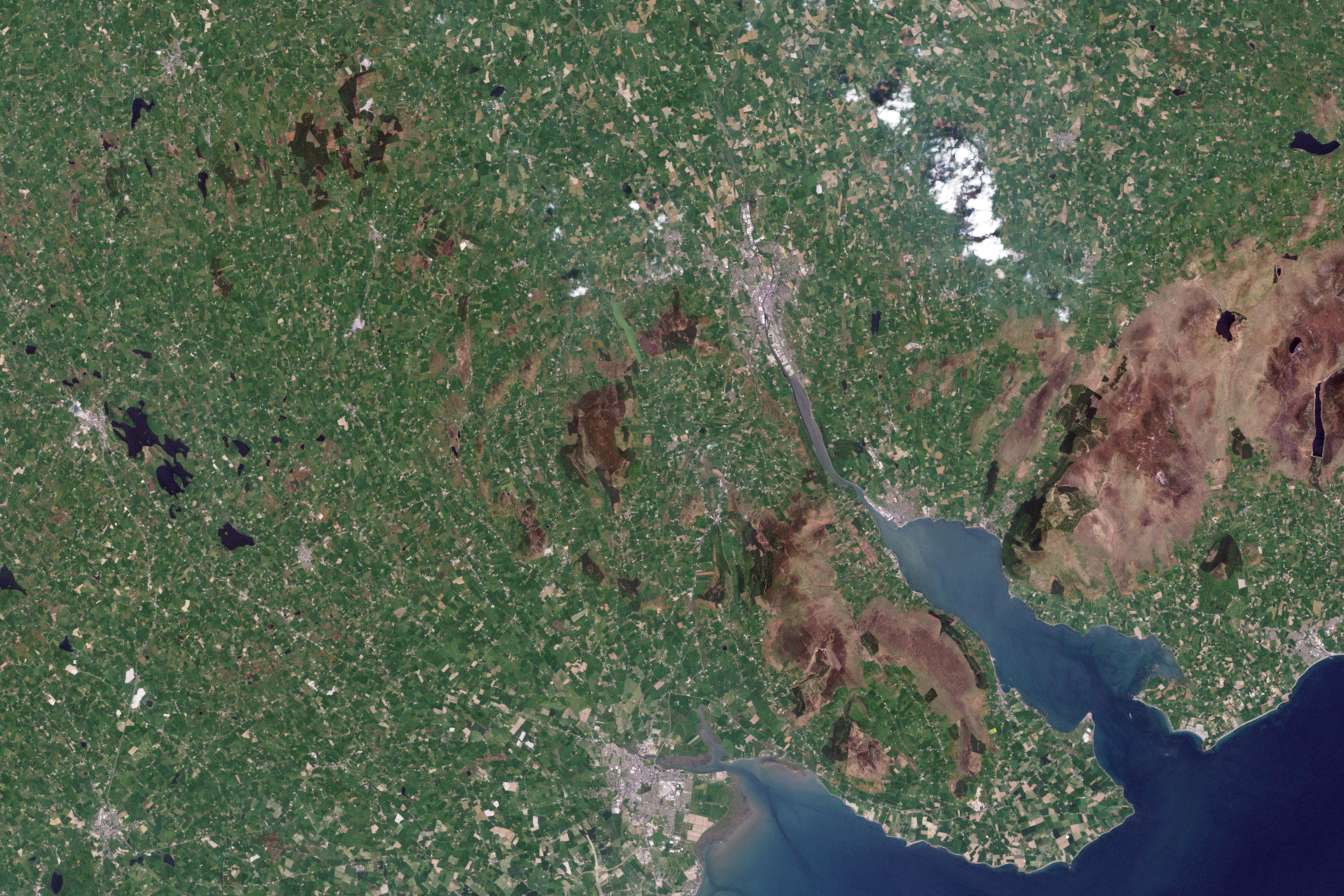 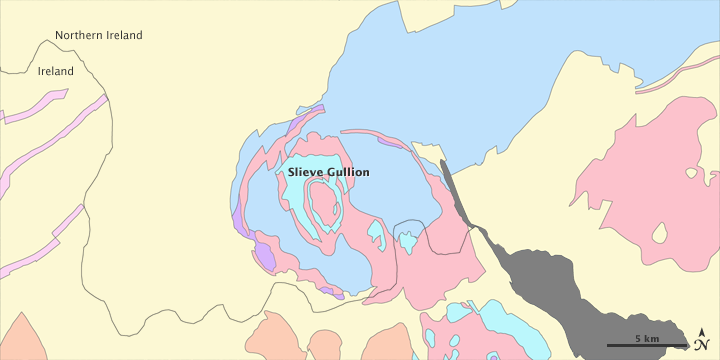 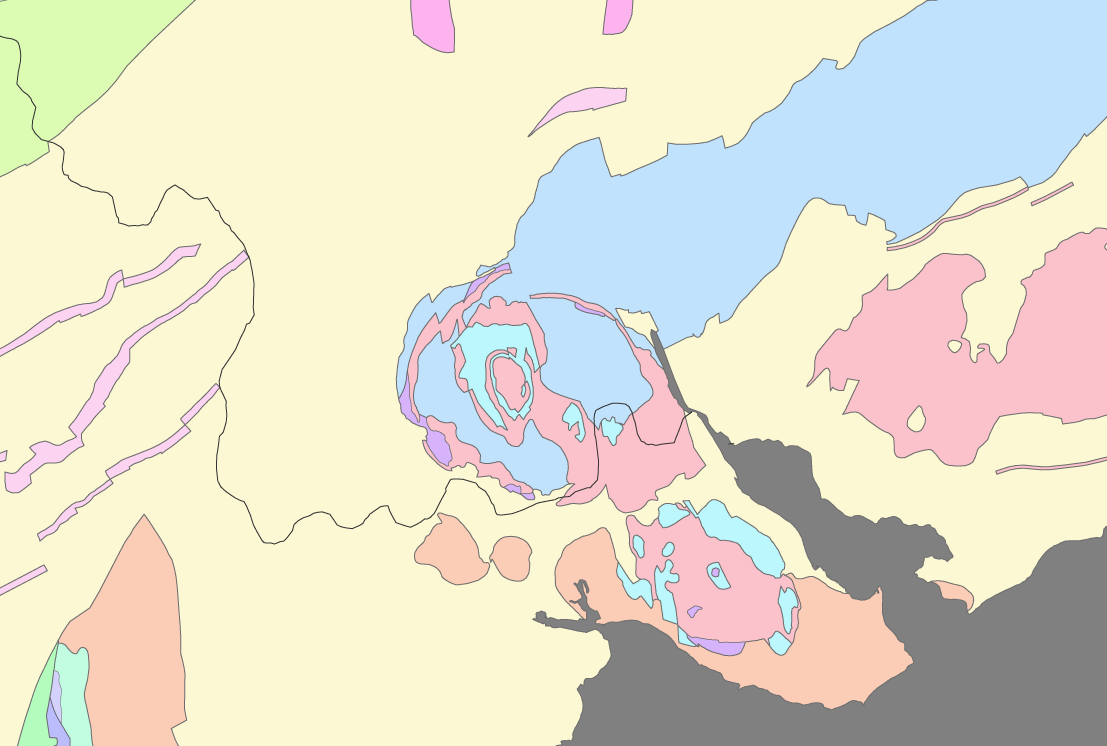 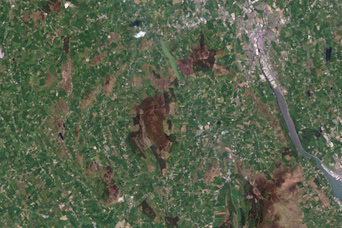 A rocky ring of hills in Northern Ireland rises from green farmland in this Landsat image, revealing the ancient geology of the island.