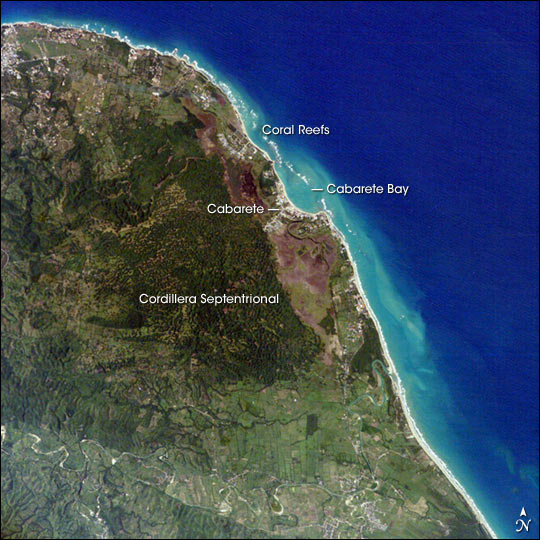 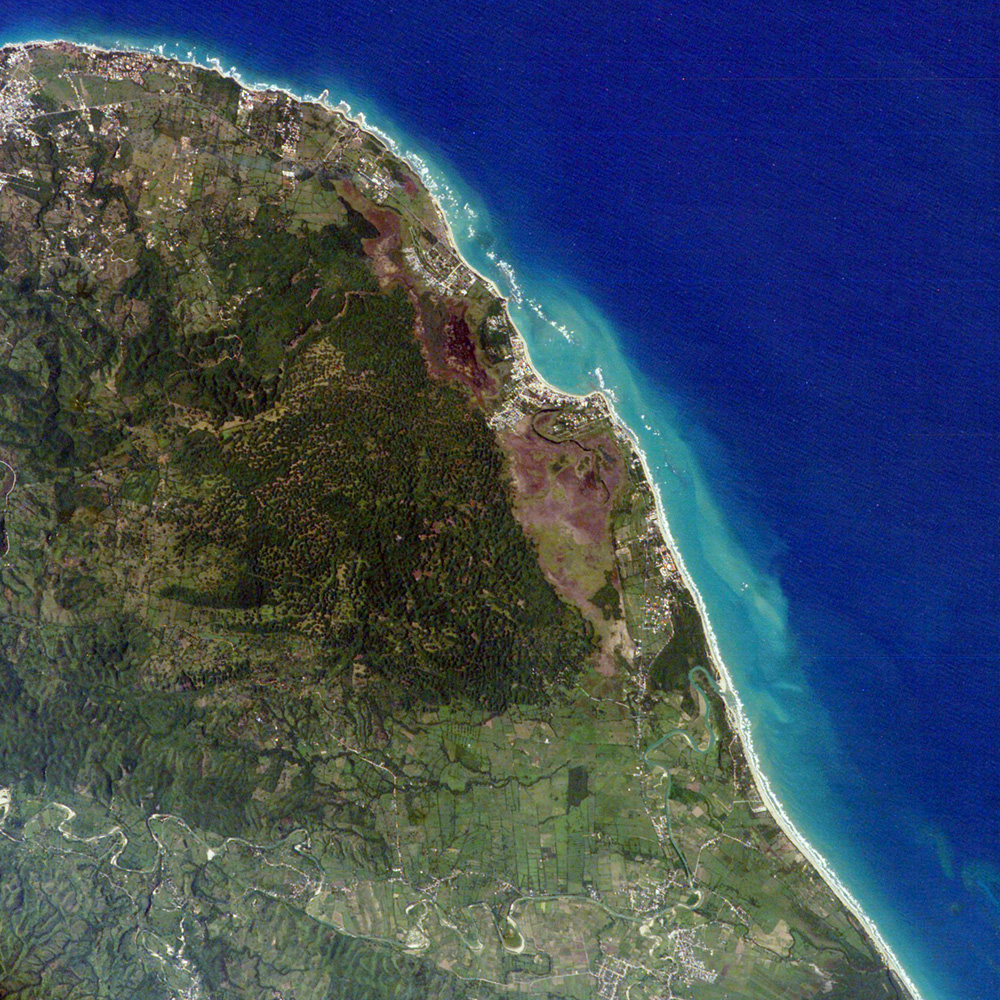 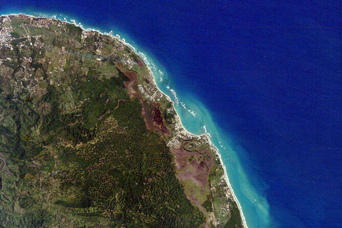 The Dominican Republic occupies the eastern two-thirds of the island of Hispaniola in the Caribbean Sea. The island has a variety of ecosystems ranging from arid plains to tropical rain forests created by three roughly parallel east-west mountain ranges. The northernmost of these ranges, the Cordillera Septentrional, is visible in this astronaut photograph as the dark green region north of the river. Clearcut regions within the Cordillera Septentrional are visible as irregular light green regions interspersed with dark green forested areas.

Astronaut photograph ISS009-E-12329 was acquired June 17, 2004 with a Kodak K60C digital camera with a 400 mm lens, and is provided by the Earth Observations Laboratory, Johnson Space Center. The International Space Station Program supports the laboratory to help astronauts take pictures of Earth that will be of the greatest value to scientists and the public, and to make those images freely available on the Internet. Additional images taken by astronauts and cosmonauts can be viewed at the NASA/JSC Gateway to Astronaut Photography of Earth.