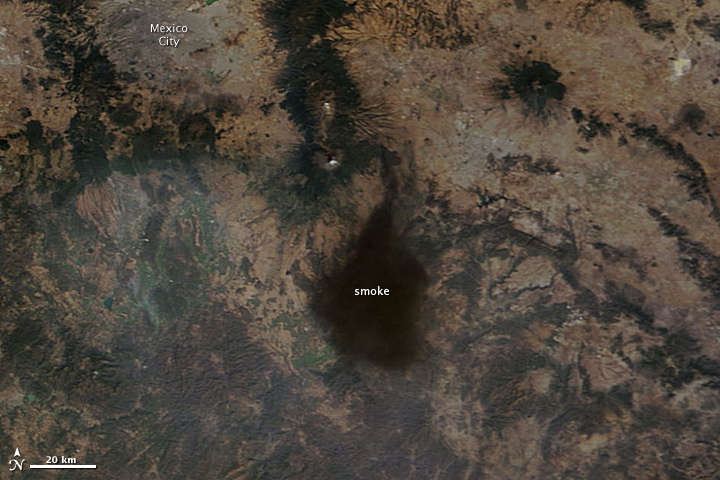 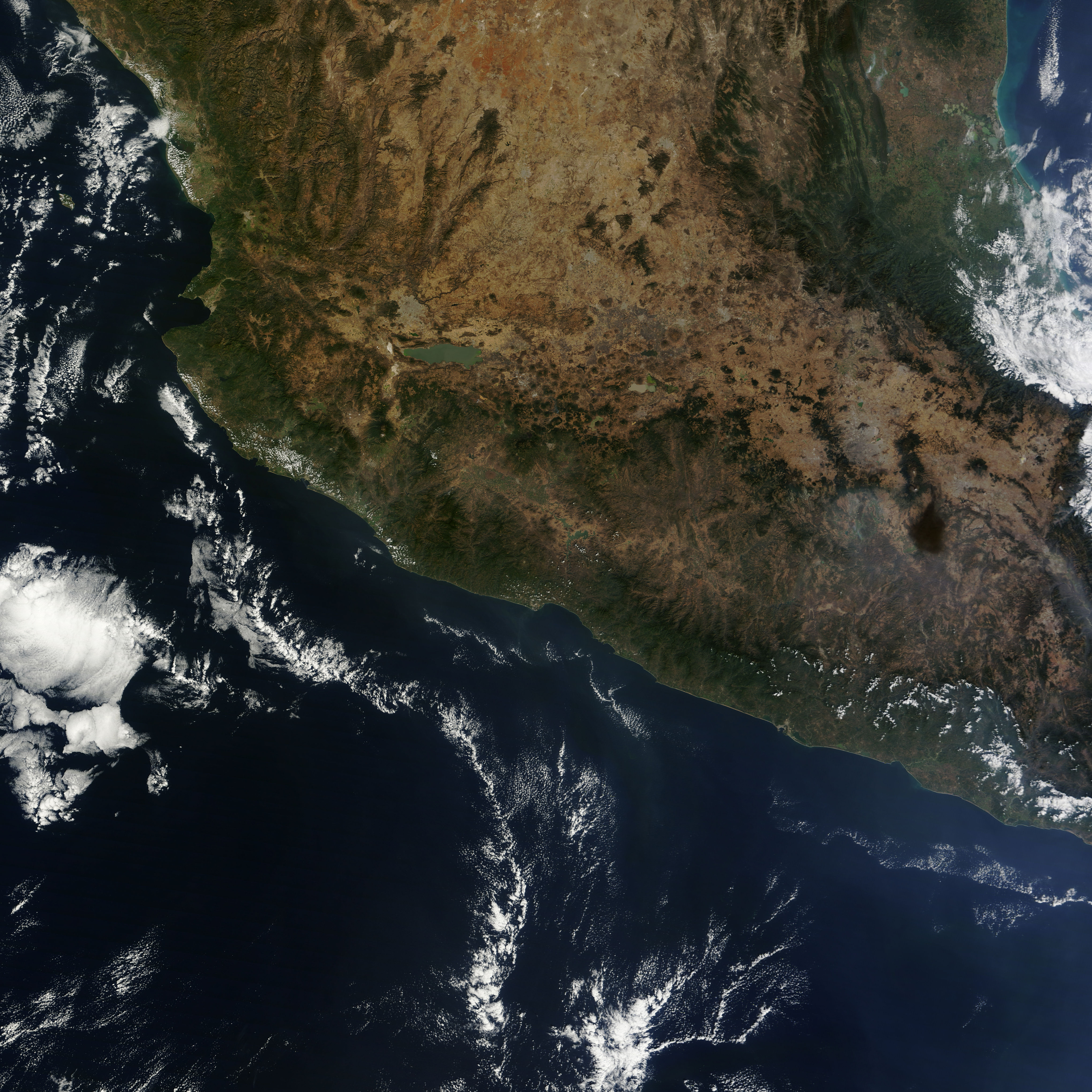 On the morning of December 19, 2010, an explosion along an oil pipeline ignited an intense fire in San Martin Texmelucan, a small town about 50 miles east of Mexico City. The Moderate Resolution Imaging Spectroradiometer (MODIS) on NASA’s Terra satellite acquired this image a short time after the blast. The burning oil generated a thick black plume of smoke that entirely blocks the ground from view. According to news reports, the explosion and fire killed 28 people, injured 52, and forced 5,000 people to evacuate.