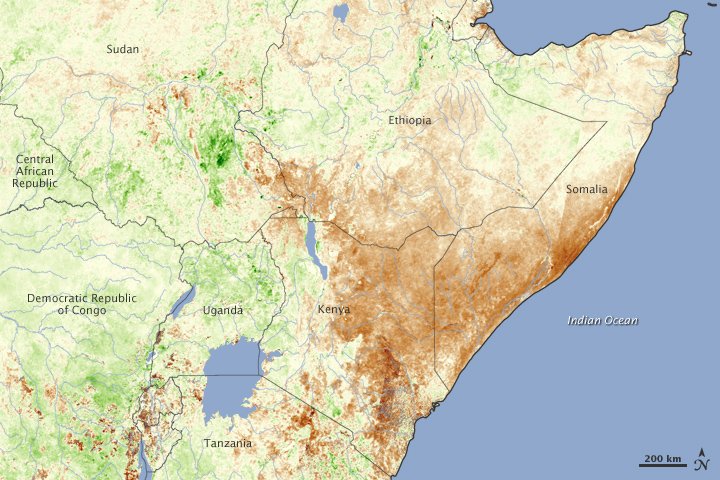 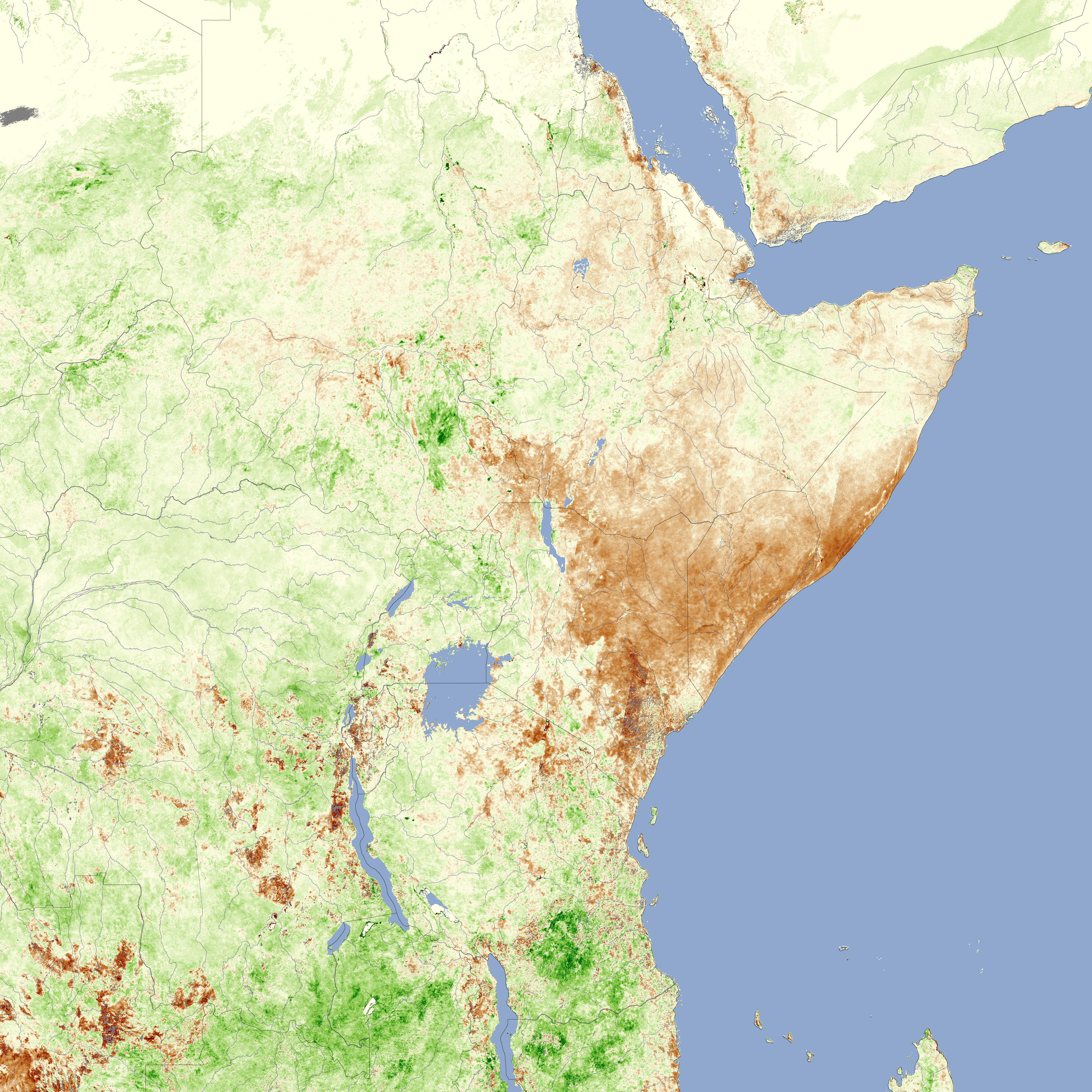 This vegetation map shows the devastating impact of drought on East Africa in January 2011.