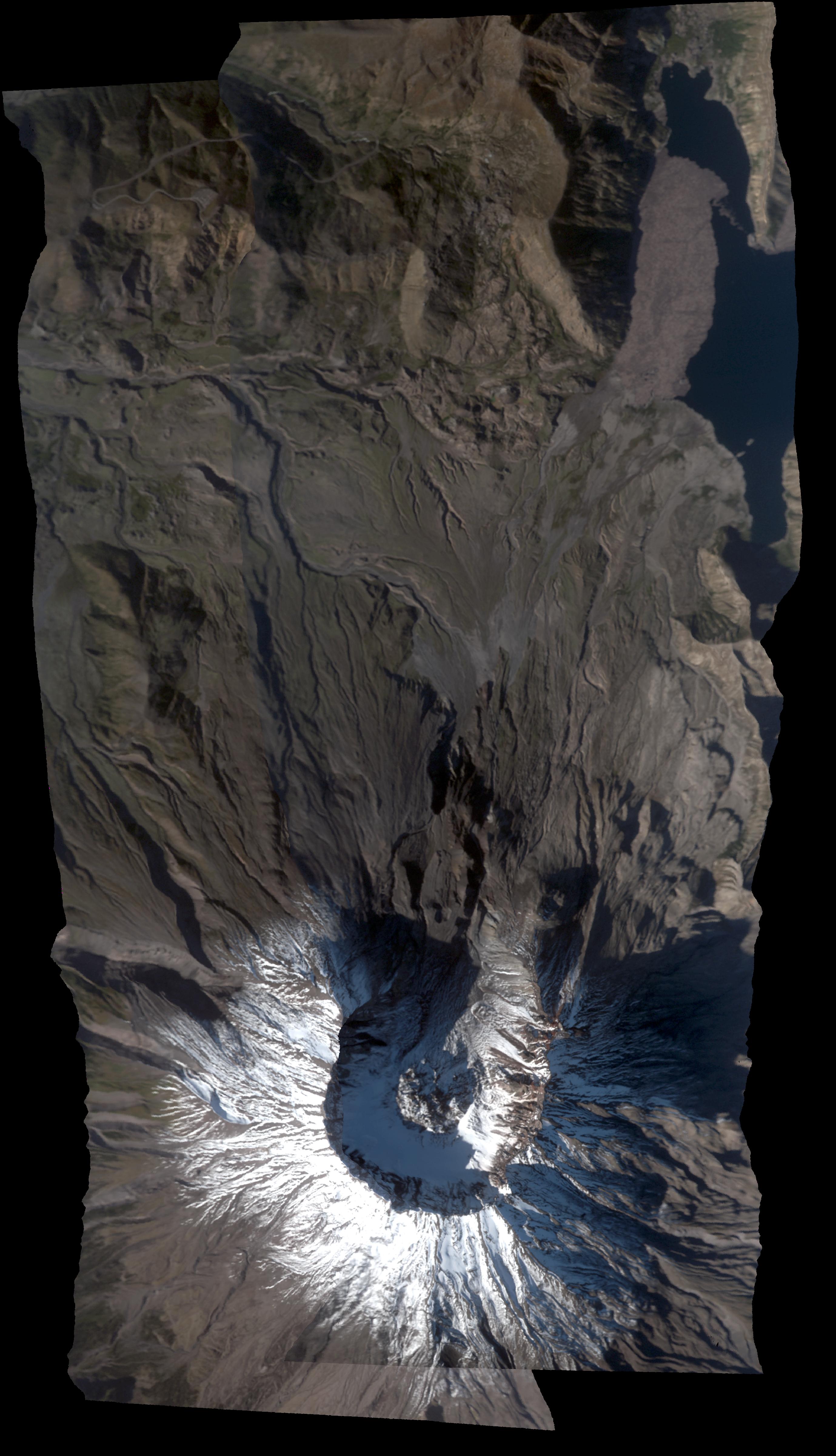 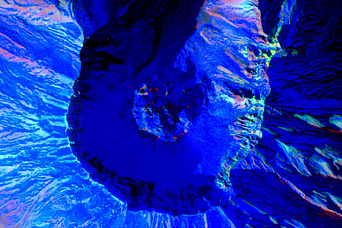 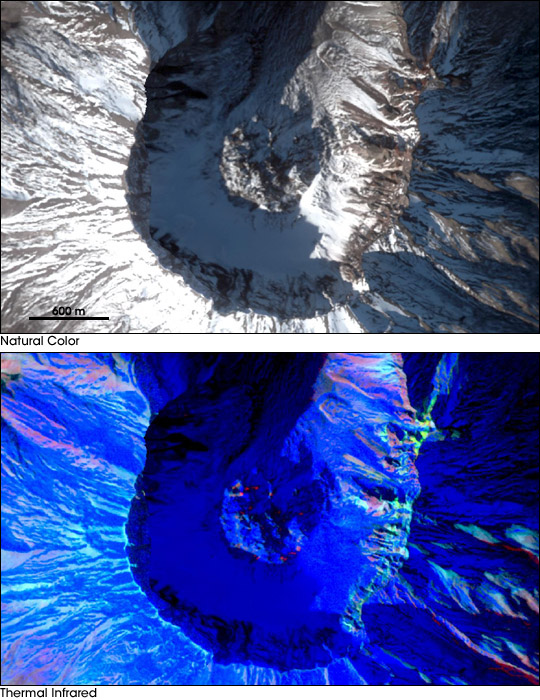 After more than a decade of inactivity, Mount St. Helens rumbled back to life in September 2004. An ongoing series of tremors within the volcano coupled with upward movement of magma toward its caldera prompted geologists to issue a Level 3 alert on October 2, stating that Mount St. Helens could experience a moderately severe eruption at any time. In order to help geologists and volcanologists assess the nature and magnitude of the risk, on September 24, 2004, NASA flew a low-altitude aircraft carrying the MODIS/ASTER Airborne Simulator (MASTER) directly over the volcano to obtain high-resolution images of its caldera.