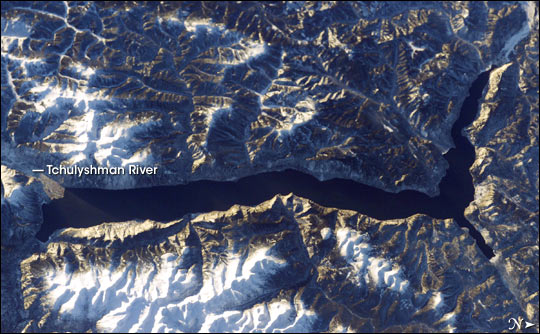 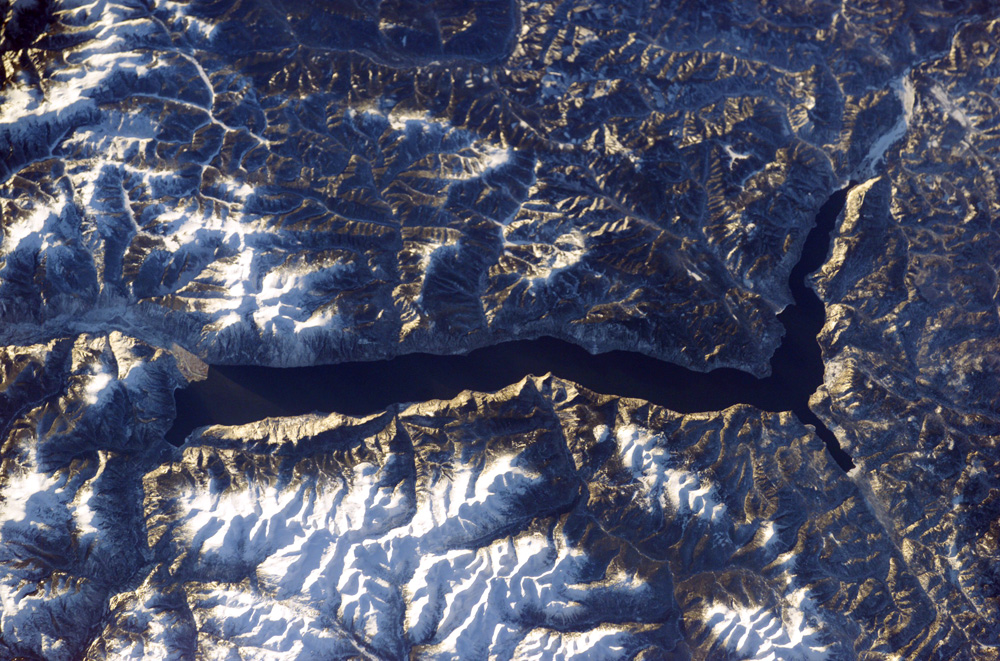 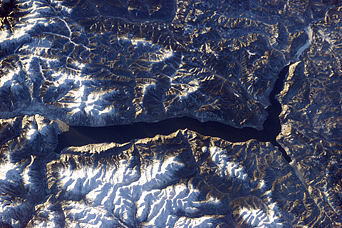 Lake Teletskoye, one of Siberia’s prime tourist destinations, is a large lake that is nestled in a narrow valley between the snow-capped Al-tyntu (west, at top) and Korbu (east, at bottom) mountain ridges of the Altai Mountains. The lake is nearly 80 kilometers long by 5 kilometers wide and 325 meters deep; it is one of the deepest lakes in the world. But Lake Teletskoye is more than a large, deep lake. It is located within the 9,000 km² Altaisky Zapovednik nature reserve, which helps protect its unspoiled waters.

Astronaut photograph ISS008-E-7600 was acquired December 10, 2003 with a Kodak K-760C digital camera with a 155 mm lens and is provided by Earth Observations, Image Analysis Laboratory, Johnson Space Center. The International Space Station Program supports the laboratory to help astronauts take pictures of Earth that will be of the greatest value to scientists and the public, and to make those images freely available on the Internet. Additional images taken by astronauts and cosmonauts can be viewed at the NASA/JSC Gateway to Astronaut Photography of Earth.