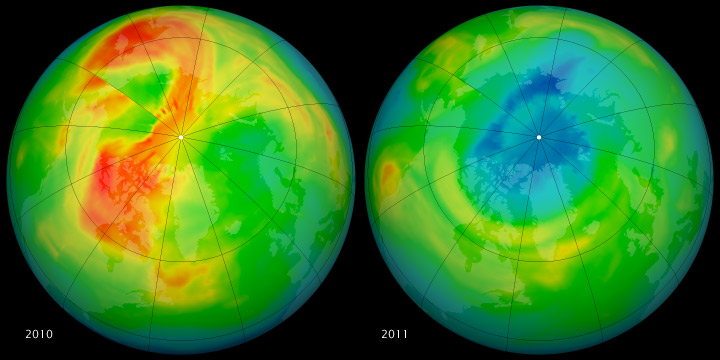 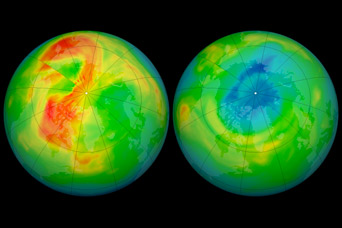 Recent observations from satellites and ground stations suggest that atmospheric ozone levels for March in the Arctic were approaching the lowest levels in the modern instrumental era.