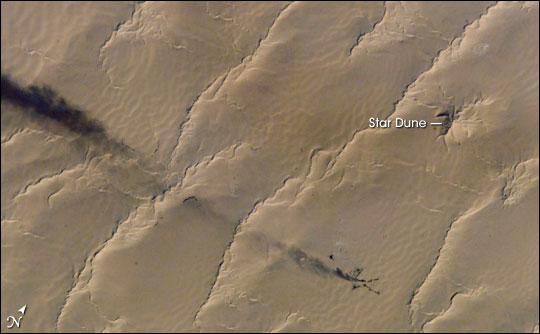 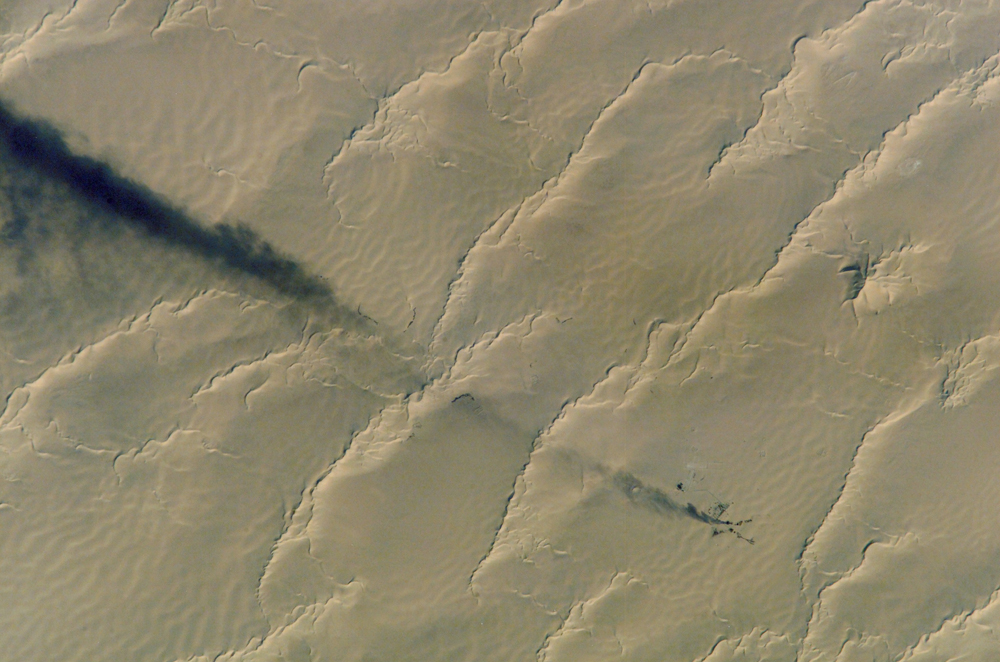 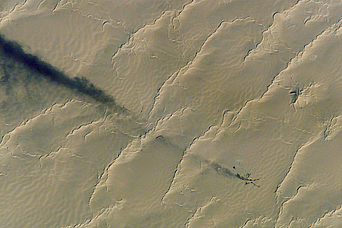 A plume of black smoke blowing westward is silhouetted against linear dunes in the great sand sea of northeast Libya. Smoke from flares at remote well heads is commonly seen by astronauts flying over the Sahara Desert. The plume dispersal pattern visible at the left edge of the image may be due to upper-level winds or gravitational settling of heavier particulates.

Astronaut photograph ISS005-E-11189 was acquired August 25, 2002 with a Kodak 760C digital camera with an 800 mm lens, and is provided by the ISS Crew Earth Observations experiment and the Image Science & Analysis Group, Johnson Space Center. The International Space Station Program supports the laboratory to help astronauts take pictures of Earth that will be of the greatest value to scientists and the public, and to make those images freely available on the Internet. Additional images taken by astronauts and cosmonauts can be viewed at the NASA/JSC Gateway to Astronaut Photography of Earth.