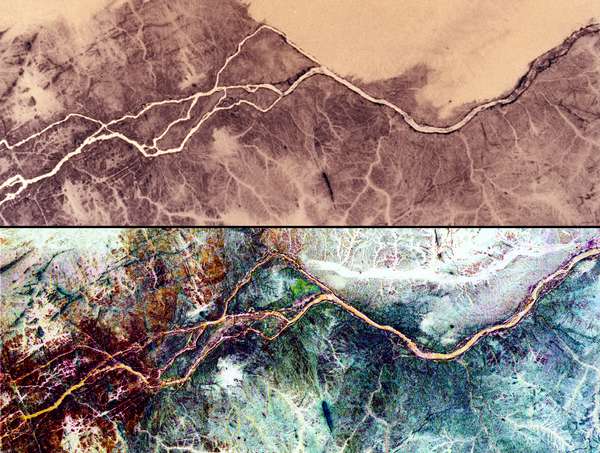 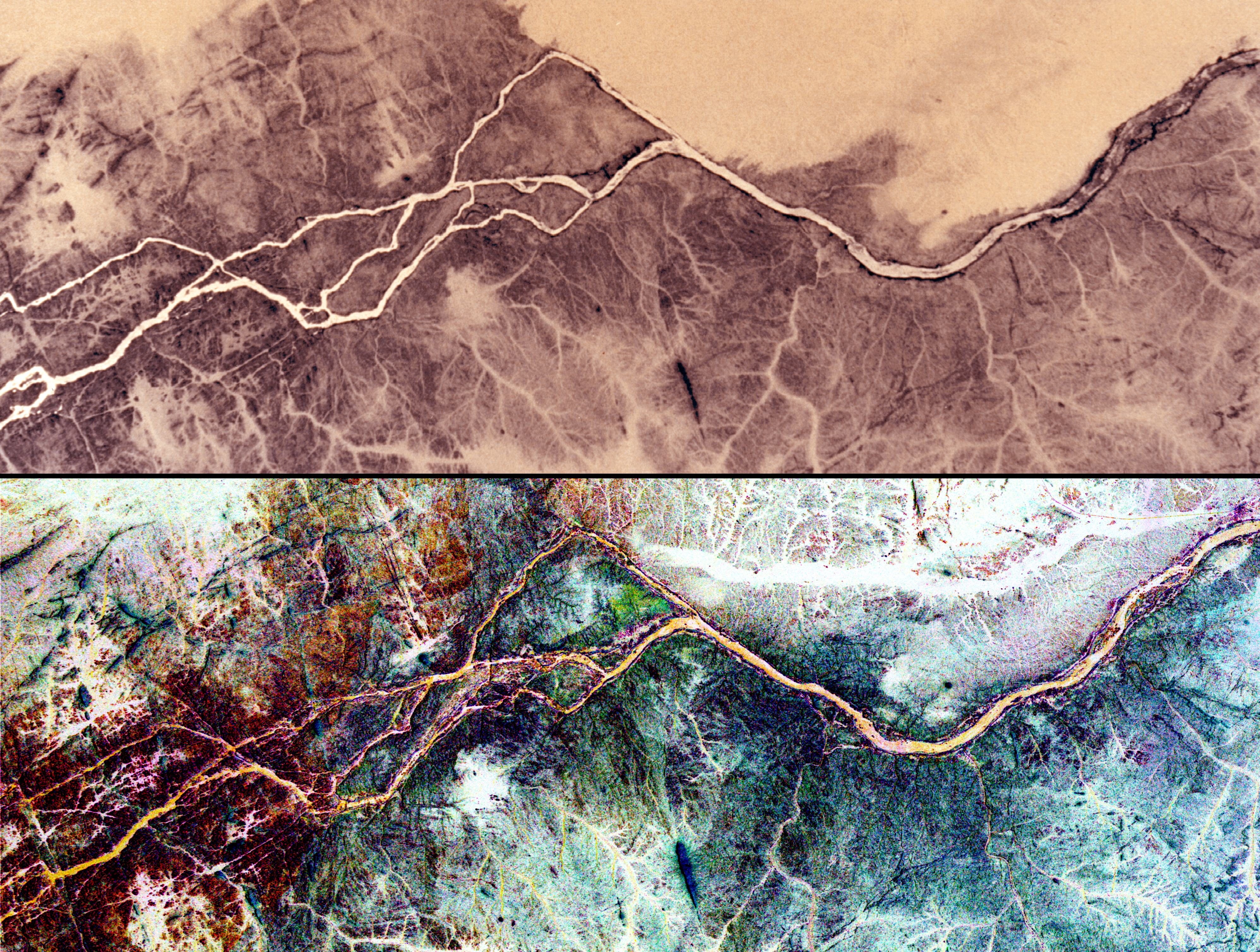 These are two views of part of the Nile River, near the Fourth Cataract in Sudan. The top image is a photograph taken with color infrared film from Space Shuttle Columbia in November 1995. The radar image at the bottom was acquired by the Spaceborne Imaging Radar C/X-Band Synthetic Aperture Radar (SIR-C/X-SAR) aboard Space Shuttle Endeavour in April 1994. The thick, white band in the top right of the radar image is an ancient channel of the Nile that is now buried under layers of sand. This channel cannot be seen in the photograph and its existence was not known before this radar image was processed. The area to the left in both images shows how the Nile is forced to flow through a chaotic set of fractures that causes the river to break up into smaller channels, suggesting that the Nile has only recently established this course. The radar images have allowed scientists to develop new theories to explain the origin of the "Great Bend" of Nile in Sudan, where the river takes a broad turn to the southwest before resuming its northward course to the Mediterranean Sea. Each image is about 50 kilometers by 19 kilometers (31 miles by 12 miles). North is toward the upper right. The images are centered at 19.0 degrees North latitude, 32.6 degrees East longitude. The radar image is produced with the following color assignments: Red is C-band horizontally transmitted and vertically received; Green is L-band horizontally transmitted and vertically received; and Blue is L-band horizontally transmitted and horizontally received. Radar brightness values are inverted for each color channel. SIR-C/X- SAR is a joint mission of the United States, German and Italian space agencies. The Jet Propulsion Laboratory built and manages the SIR-C portion of the mission for NASA's Office of Mission to Planet Earth.