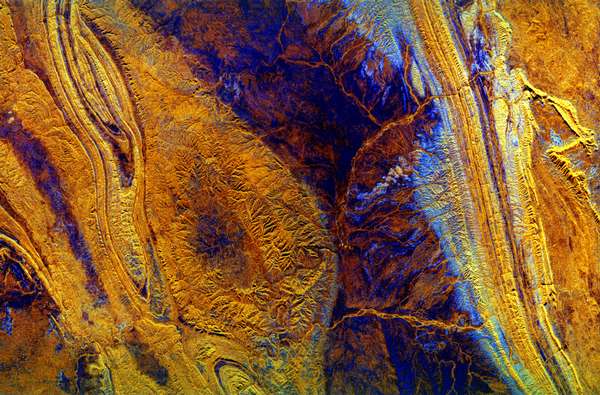 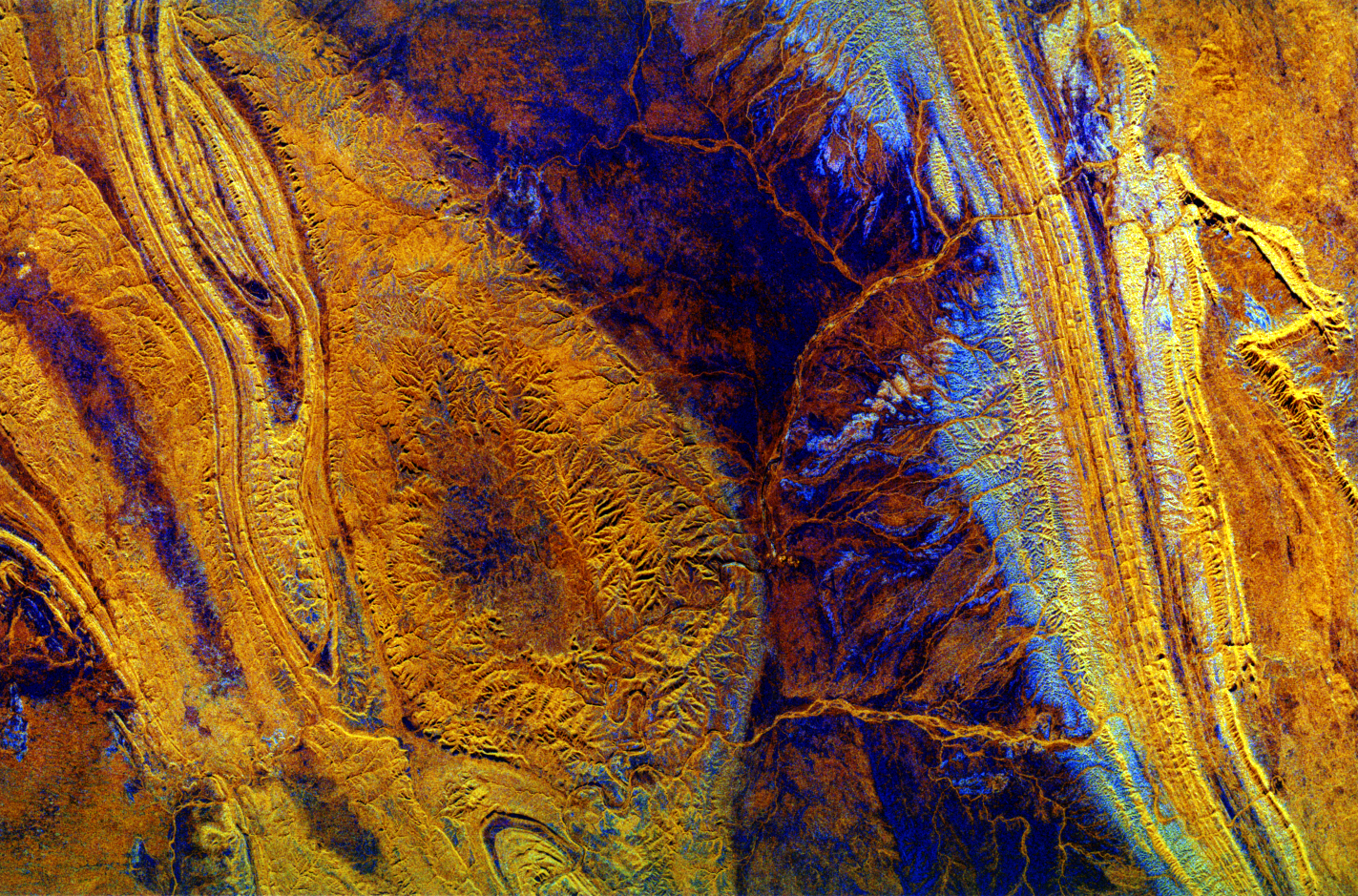 This spaceborne radar image shows mountains and valleys in the arid landscape of central Australia. The mountains are part of the MacDonnell Ranges in the Northern Territory of Australia, just west of the town of Alice Springs. The prominent linear and curving bands are outcrops of sedimentary rocks that have been folded and tilted during ancient episodes of mountain building. These rock layers provide traps for natural gas, which is currently being extracted from this area for commercial use. The dark brown and blue area in the center of the image is a broad valley covered with recent gravel sediments and grasses. The Finke River cuts across the mountain ridge in the upper right, and continues in a deep canyon in the lower center of the image. Above and to the left of the river canyon is a broad oval-shaped valley with blue patches. This is Palm Valley, which contains rare species of palms, some of which can be traced back, virtually unchanged, in the fossil record more than 50 million years. Scientists are using radar data of this region in studies of oil and gas exploration, landscape and soil evolution, and plant ecology. In a joint program between NASA and several South Pacific and Asian countries including Australia, high resolution radar images and topography data are to be collected by JPL's Airborne Synthetic Aperture Radar (AIRSAR) onboard a NASA DC-8 aircraft in the fall of 1996 to give scientists a more detailed view of the region. This image was acquired by the Spaceborne Imaging Radar- C/X-band Synthetic Aperture Radar (SIR-C/X-SAR) onboard the space shuttle Endeavour on April 13, 1994. The image is 90.4 kilometers by 59.8 kilometers (56 miles by 37.1 miles) and is centered at 24 degrees south latitude, 132.7 degrees east longitude. North is toward the upper right. The colors are assigned to different radar frequencies and polarizations of the radar as follows: red is L-band, horizontally transmitted and received; green is C-band, horizontally transmitted, vertically received; and blue is the ratio of C-band to L-band, both horizontally transmitted and received. SIR-C/X-SAR, a joint mission of the German, Italian and United States space agencies, is part of NASA's Mission to Planet Earth program.