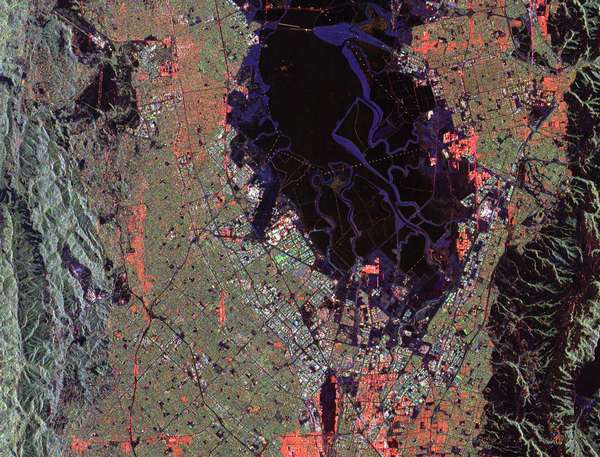 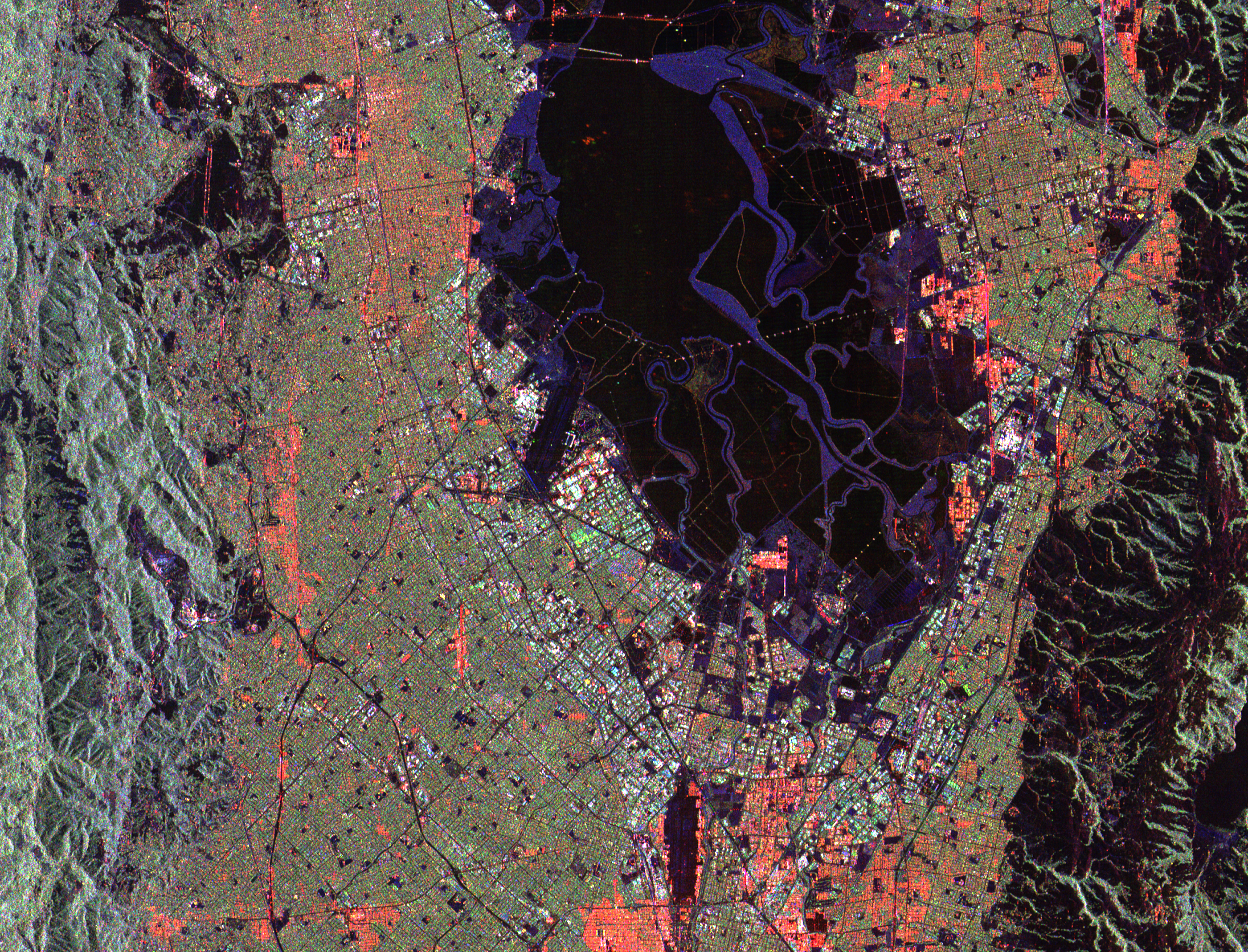 This radar image provides a high-tech view of Silicon Valley and shows the utility of radar data for mapping land use patterns. This image shows the San Jose metropolitan area in the Santa Clara Valley in central California. The Valley lies between the Santa Cruz Mountains to the southwest (left side of image) and the Diablo Range to the northeast (right side of image). The San Andreas fault is the linear feature along the left side of the image. Dark patches in the Diablo Range are sparsely vegetated slopes. Blue features at the top of the image are salt evaporators at the southern end of San Francisco Bay (black area). The dark linear feature in the image center is San Jose airport. The runways of Moffett Field Naval Air Station/NASA Ames Research Center are visible along the edge of the bay. The Stanford University Linear Accelerator is the bright white linear feature in the upper left of the image. The area shown is 49 by 64 kilometers (30 by 40 miles) centered at 37.31 degrees north latitude, 121.8 degrees west longitude. Colors are assigned to different radar frequencies and polarizations as follows: red is L-band horizontally transmitted, horizontally received; green is C-band horizontally transmitted, horizontally received; and blue is C-band horizontally transmitted, vertically received. The image was acquired by the Spaceborne Imaging Radar-C/X-band Synthetic Aperture Radar (SIR-C/X-SAR) imaging radar when it flew aboard the space shuttle Endeavour on October 2, 1994.