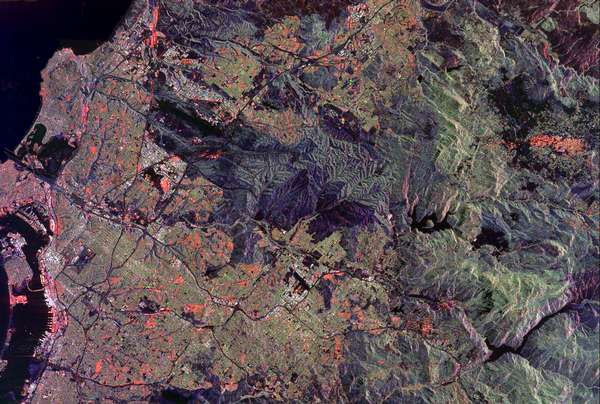 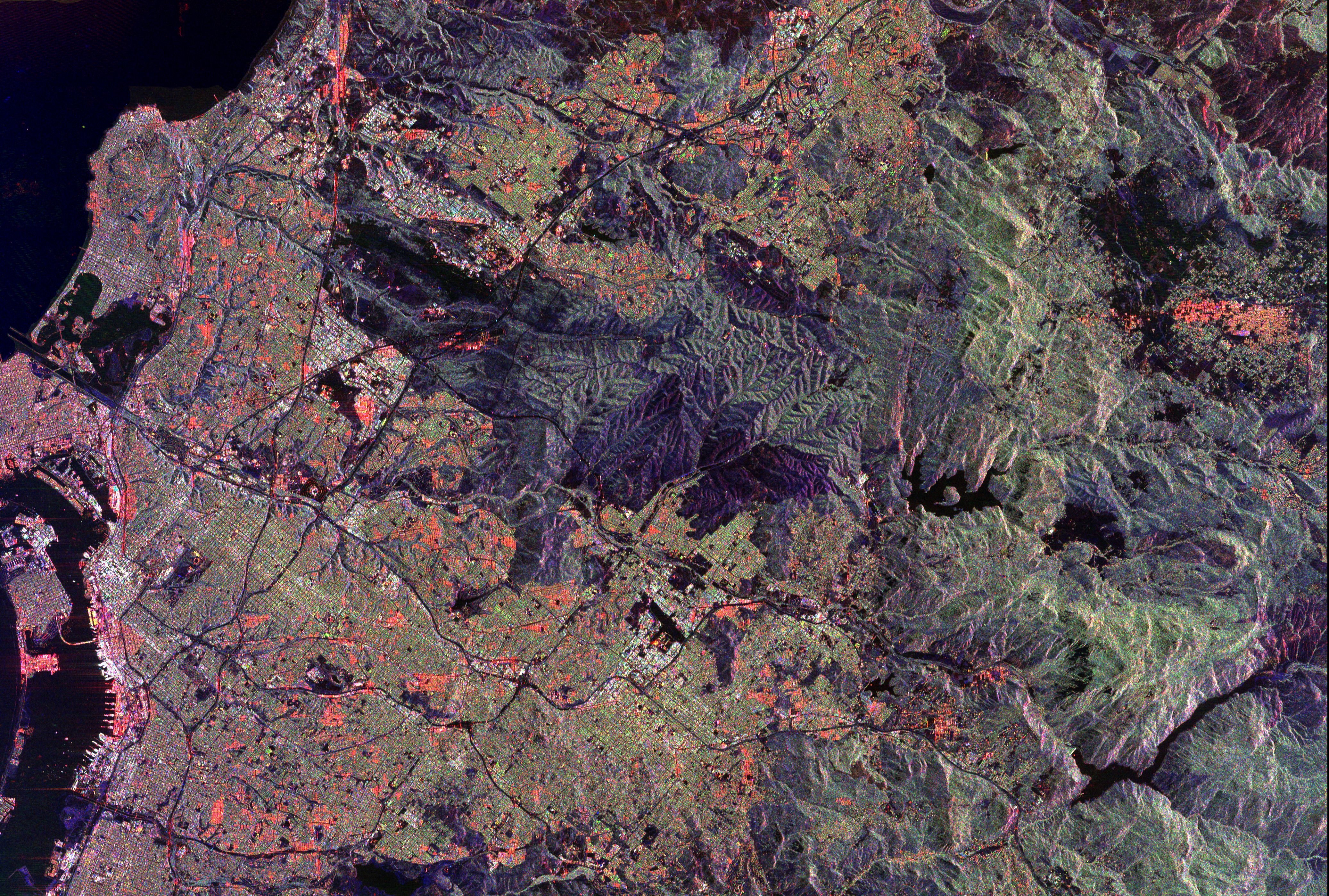 This radar image shows the city of San Diego, California and surrounding areas. The image extends from the Pacific Ocean in the top left corner to slightly east of the El Capitan Reservoir, the dark feature in the bottom right. On the left side of the image, San Diego and its suburbs are recognizable by the large network of freeways that crisscross the area. Cowles Mountain County Park is the dark area in the center of the image. San Diego Bay, is in the bottom left of the image and is separated from Mission Bay by the Point Loma Peninsula. Directly above Mission Bay, the home of Sea World, is the city of La Jolla. North Island, home of the U.S. Naval Air Station and Silver Strand are on the left side of San Diego Bay. This image was acquired on October 3, 1994 by the Spaceborne Imaging Radar-C/X- Band Synthetic Aperture Radar (SIR-C/X-SAR) onboard the space shuttle Endeavour. The image is 52 kilometers by 35 kilometers (33 miles by 22 miles) and is centered at 32.8 North latitude, 117.03 West longitude. The colors are assigned to different radar frequencies and polarizations as follows: red is L-Band horizontally transmitted and received, green L-band horizontally transmitted, vertically received, and blue is C-band horizontally transmitted and vertically received. SIR-C/X-SAR, a joint mission of the German, Italian, and United States space agencies, is part of NASA's Mission to Planet Earth.