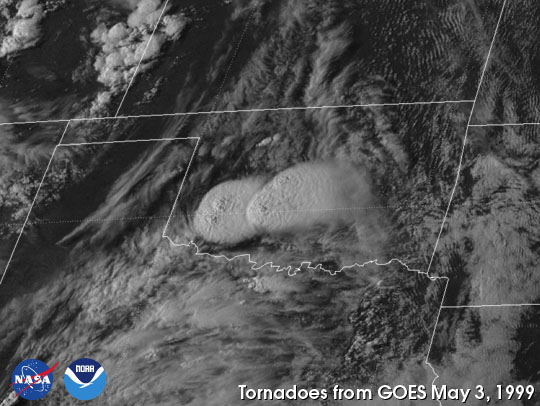 Tornadoes in Oklahoma and Kansas on May 3, 1999, killed at least 40 people and caused over 500 million dollars in damages. One of the tornadoes was an F-5, the largest and most powerful classification. Although no direct measurement of windspeed is possible in such powerful storms, winds in an F-5 tornado are capable of topping 300 miles per hour.

The GOES-East weather satellite produces images of most of the United States every 30 minutes in visible and infra-red wavelengths. This image was taken May 3, 1999 at 7:32 PM, CDST.