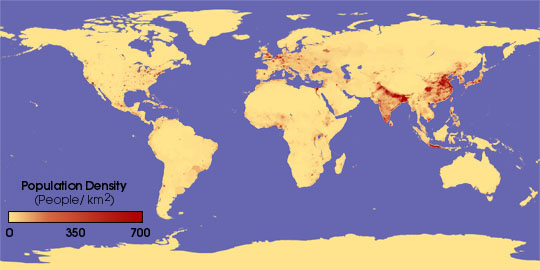 This dataset shows the number of people per square kilometer around the world in 1994. The data were derived from population records based on political divisions such as states, provinces, and counties. Because the resolution of the data from different nations varies, some small areas with high populations (such as Rio de Janeiro, Brazil) appear to have moderate population density spread over large areas.