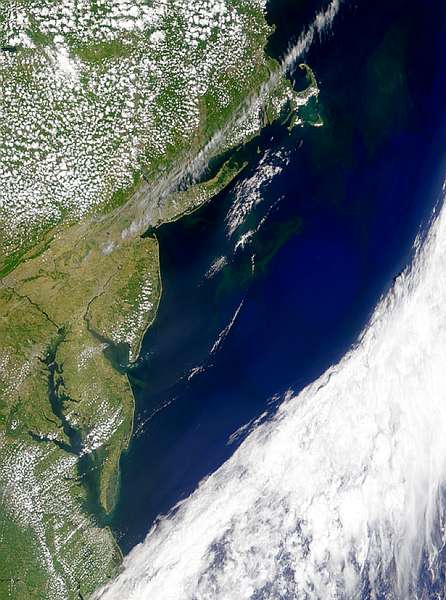 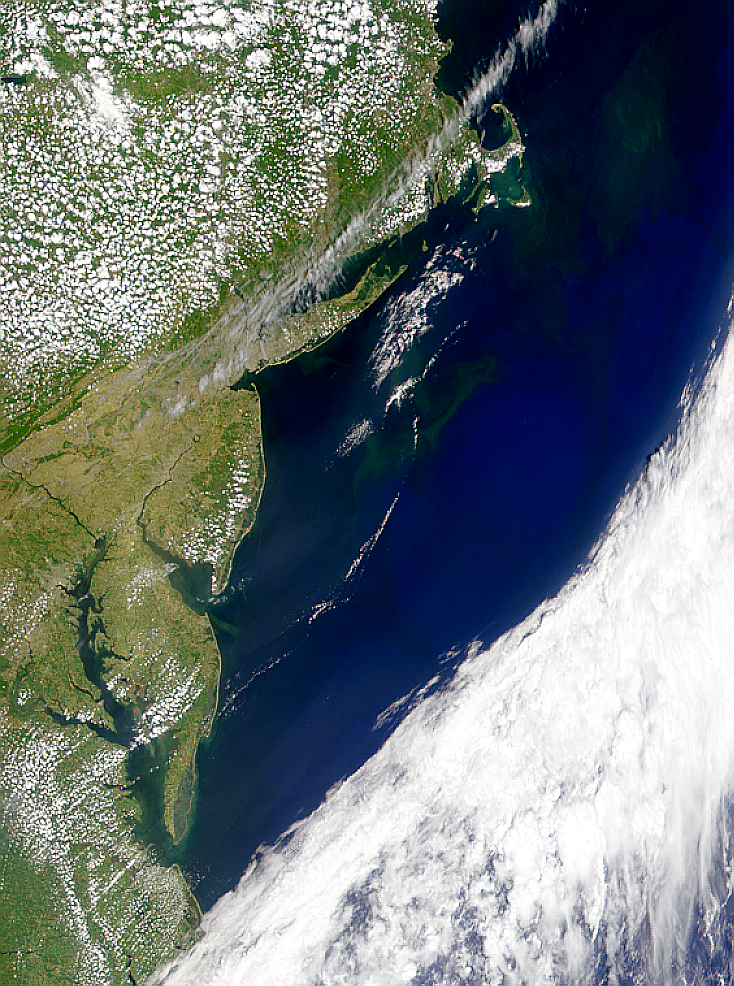 This SeaWiFS view of the eastern coast of the United States shows changes in water clarity in the coastal estuaries that may be -- at least in part -- contributed to by human activities.