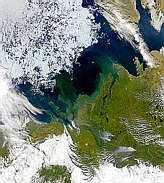 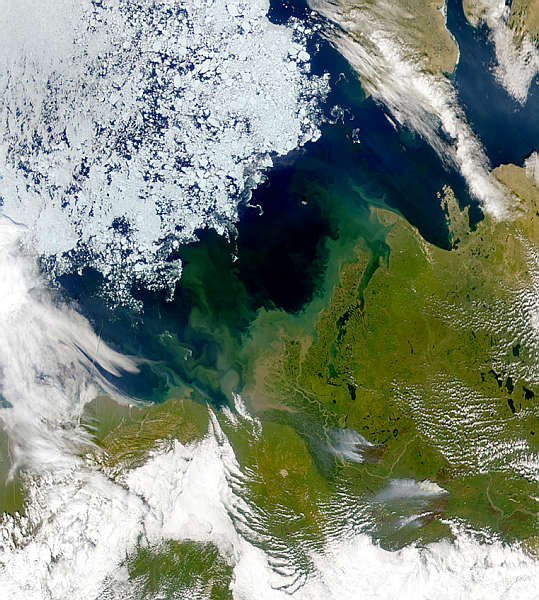 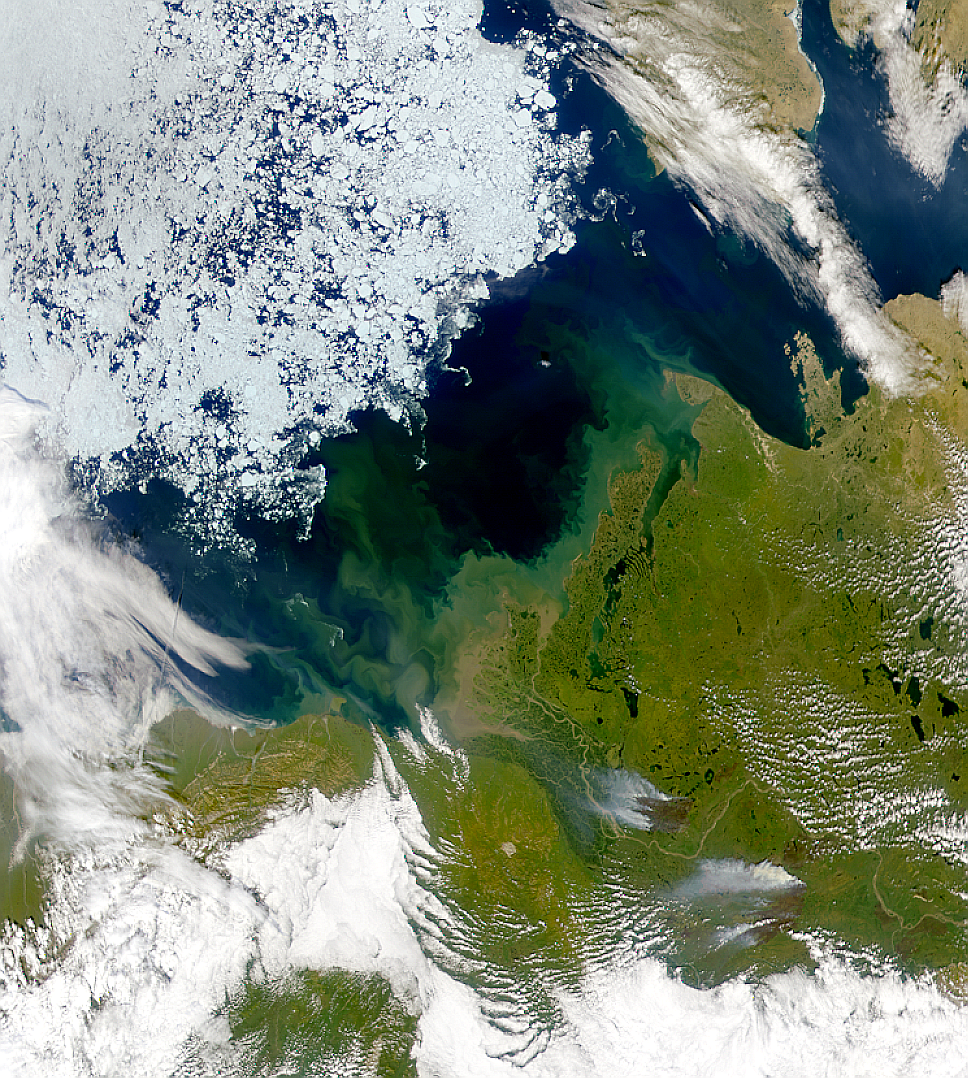 This SeaWiFS image shows fires burning along the Mackenzie River in Canada's Northwest Territories. The discolored areas upwind of the smoke seem like they might be caused by the fires. In the Beaufort Sea, one can see suspended sediments, phytoplankton blooms, and sea ice.