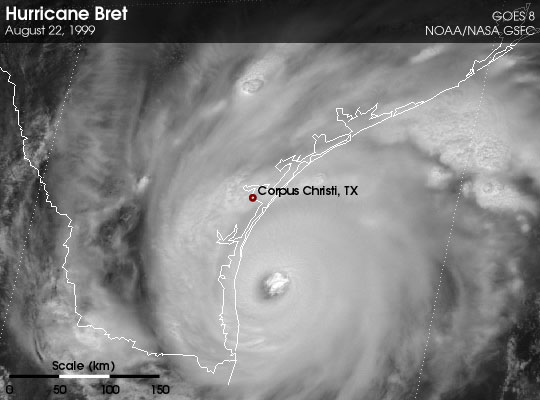 Hurricane Bret, the first of the 1999 season, crashed into the Gulf Coast of Texas late in the evening of August 22nd. At its strongest a category 4 hurricane (with winds over 135 mph), it quickly weakened once it moved over land. The large amounts of rain the storm delivered--as much as 25 inches--caused flooding in South Texas.