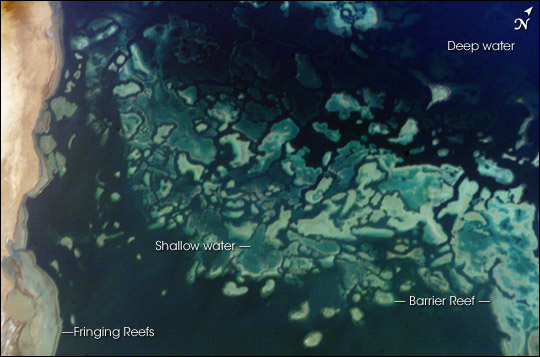 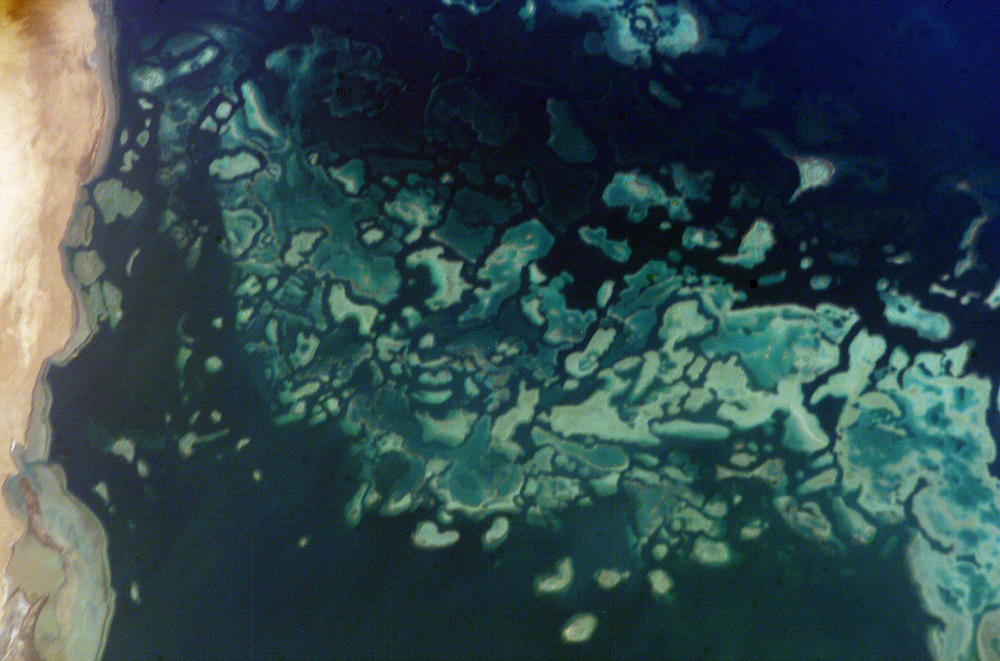 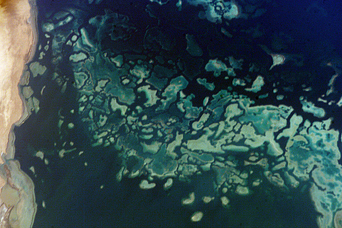 The Sudanese coast of the Red Sea is a well-known destination for diving due to clear water and abundance of coral reefs (or shia’ab in Arabic). Reefs are formed primarily from precipitation of calcium carbonate by corals. (In addition to its commonly used meaning, precipitation can also describe how something dissolved in a solution becomes “undissolved” through chemical or biological processes.) Massive reef structures are built over thousands of years of succeeding generations of coral. In the Red Sea, fringing reefs form on shallow shelves of less than 50 meters depth along the coastline. This astronaut photograph illustrates the intricate morphology of the reef system located along the coast between Port Sudan to the northwest and the Tokar River delta to the southeast.

Astronaut photograph ISS009-E-23808 was acquired September 20, 2004, with a Kodak 760C digital camera with an 800 mm lens, and is provided by the ISS Crew Earth Observations experiment and the Image Science & Analysis Group, Johnson Space Center. The International Space Station Program supports the laboratory to help astronauts take pictures of Earth that will be of the greatest value to scientists and the public, and to make those images freely available on the Internet. Additional images taken by astronauts and cosmonauts can be viewed at the NASA/JSC Gateway to Astronaut Photography of Earth.