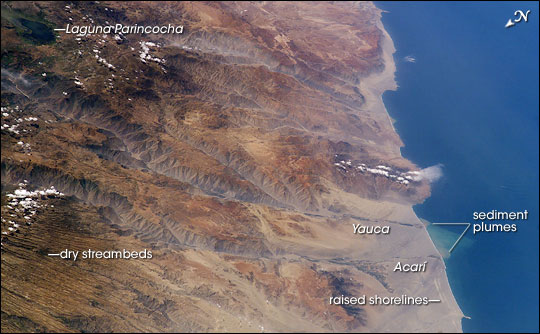 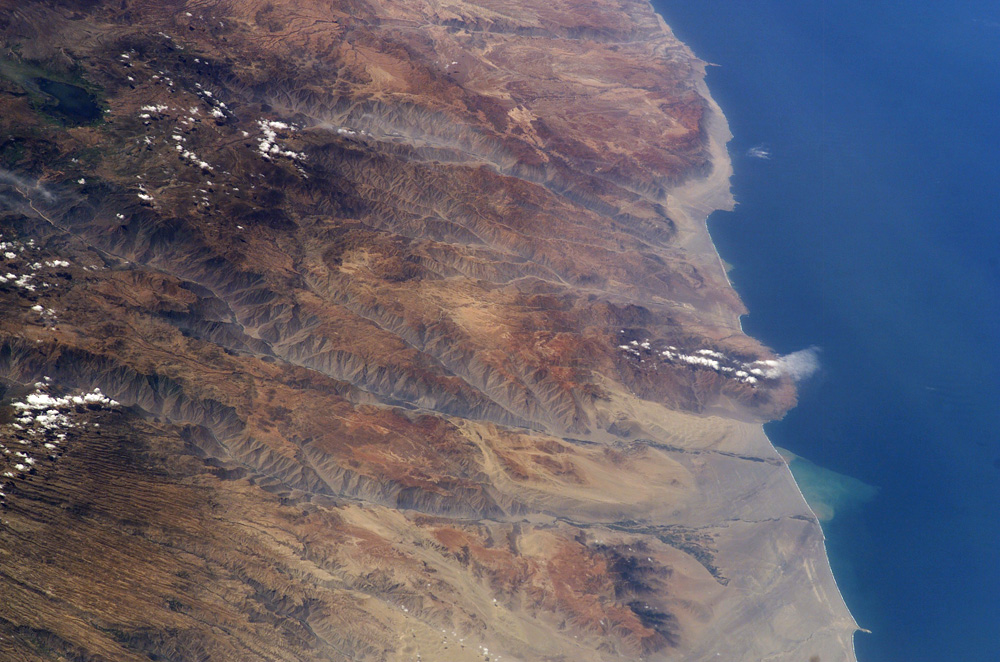 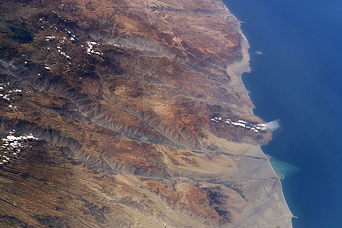 Following the last major upheaval of the Andes Mountains, rivers flowing down into the Pacific Ocean have carved dramatic canyons along Peru’s southern coast. In geologic terms, the canyons are relatively young—carved over the past 8 million years. This oblique (off-vertical) image from March 14, 2003, provides a southward look down Peru’s rugged, arid coastline between 15.5 and 17 degrees South latitude. The canyons run from left to right and appear grayer than the surrounding reddish-brown terrain.

Astronaut photograph ISS006-E-38306 was acquired March 14, 2003 with a Kodak 760C digital camera with a 180 mm lens, and is provided by the ISS Crew Earth Observations experiment and the Image Science & Analysis Group, Johnson Space Center. The International Space Station Program supports the laboratory to help astronauts take pictures of Earth that will be of the greatest value to scientists and the public, and to make those images freely available on the Internet. Additional images taken by astronauts and cosmonauts can be viewed at the NASA/JSC Gateway to Astronaut Photography of Earth.