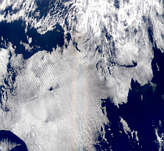 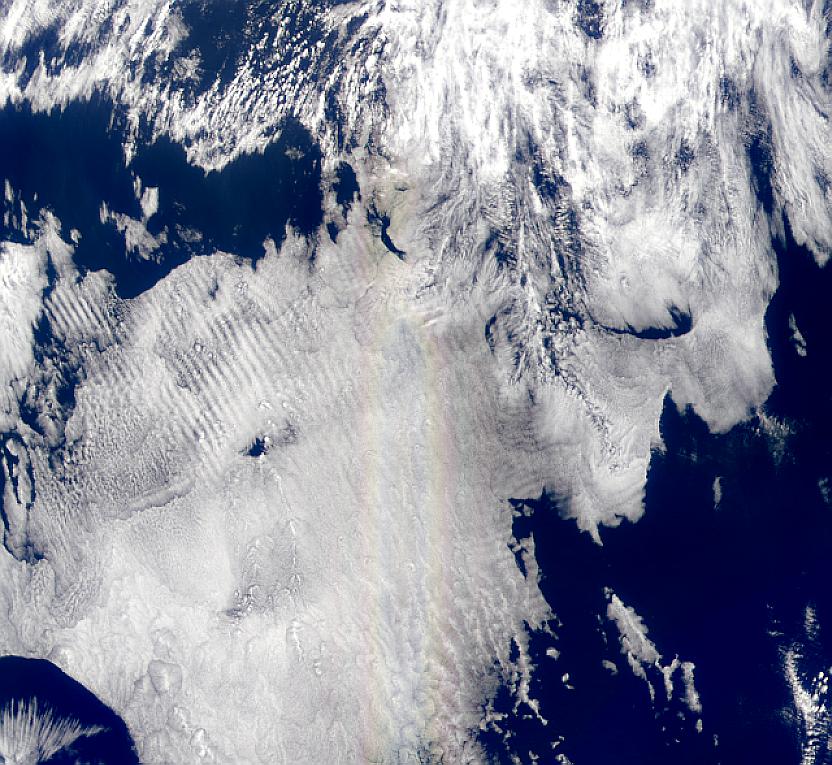 Rainbow Over the Equatorial Pacific

This is subtle, by a slight rainbow effect in the clouds on either side of the center line is visible in this SeaWiFS image. The center of the scene is about 1700 kilometers due west of the Galapagos.