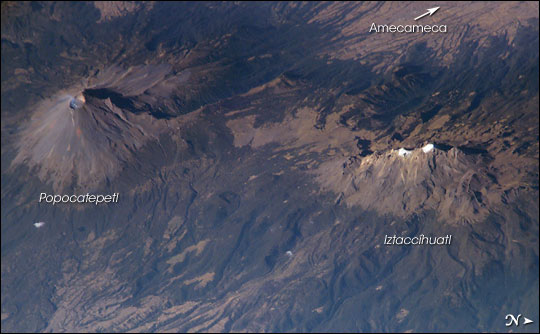 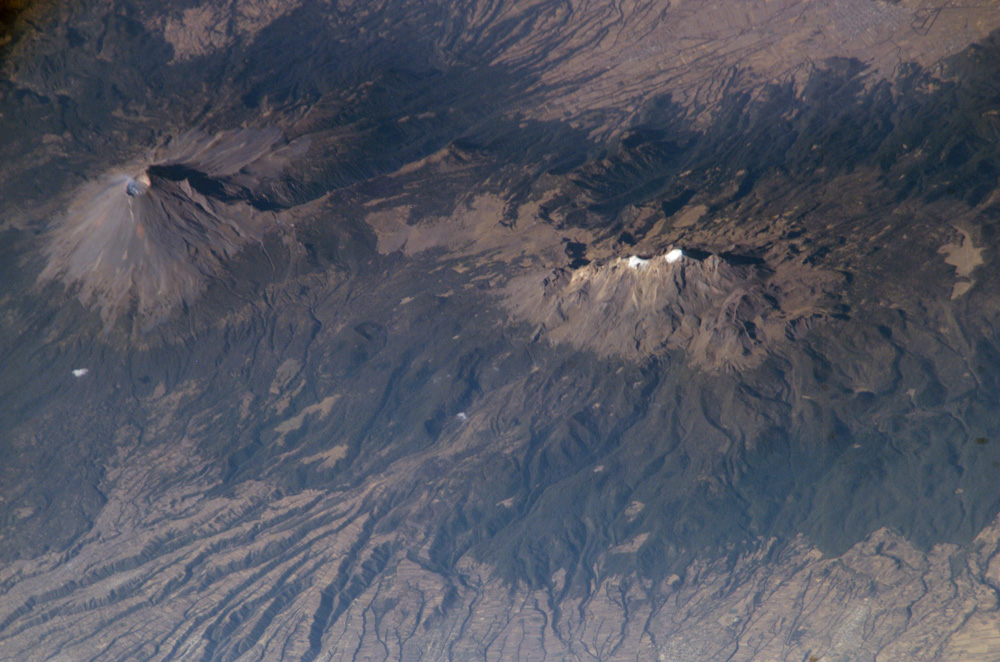 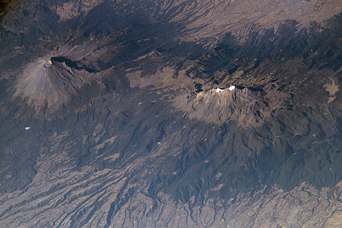 As part of the circum-Pacific “Ring of Fire,” Mexico hosts several of the world’s most continually active volcanoes, including the massive Popocatepetl (Aztec for “smoking mountain.”) This detailed, oblique astronaut photograph also depicts a neighboring volcano, Iztaccíhuatl (the “Woman in White.”)

Astronaut photograph ISS006-E-28546 was acquired February 16, 2003, with a Kodak 760C digital camera with an 800-mm lens, and is provided by the ISS Crew Earth Observations experiment and the Image Science & Analysis Group, Johnson Space Center. The International Space Station Program supports the laboratory to help astronauts take pictures of Earth that will be of the greatest value to scientists and the public, and to make those images freely available on the Internet. Additional images taken by astronauts and cosmonauts can be viewed at the NASA/JSC Gateway to Astronaut Photography of Earth.