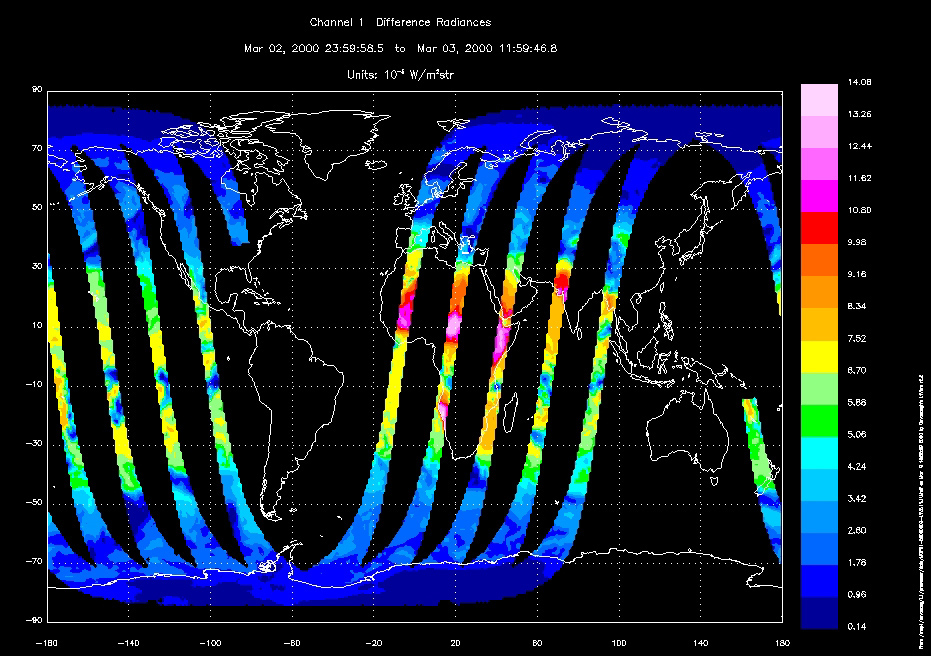 MOPITT measures radiances in several channels to determine the amount of carbon monoxide (CO) and methane in the atmosphere. Channel 1 Difference radiances, shown here, are sensitive to the temperature of the earth's surface, the temperature of the atmosphere, and the amount of CO Of these, the first two effects dominate. Thus, we see red colors, indicating high radiances and high surface temperatures from the subtropical deserts (Sahara, Arabian, Rajastan and Kalahari). The blues indicate low surface temperatures (polar regions) or high clouds, as the line of clouds of the intertropical convergence zone at about 10 South.

The intuitive nature of these results, the correspondence of variations with coast-lines and their similarity to expected values, indicate that the MOPITT instrument is functioning very well.

To recover the amount of CO, it is necessary to combine difference measurements like these with other MOPITT measurements of the radiation from the earth's surface, and independent data on the atmospheric temperature, to remove these effects and get at the subtle effects of CO. This effort is now underway.