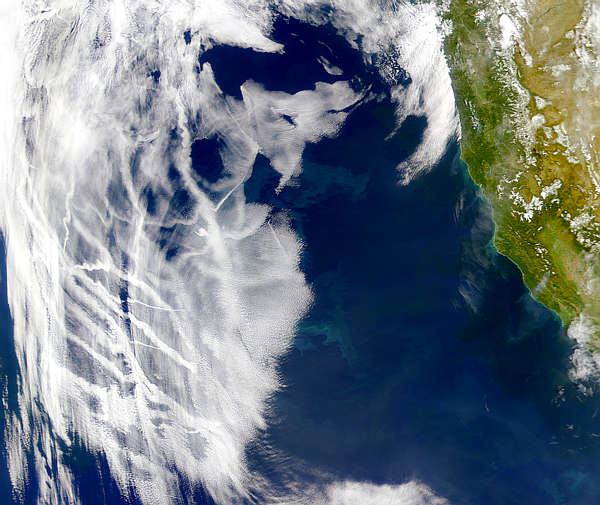 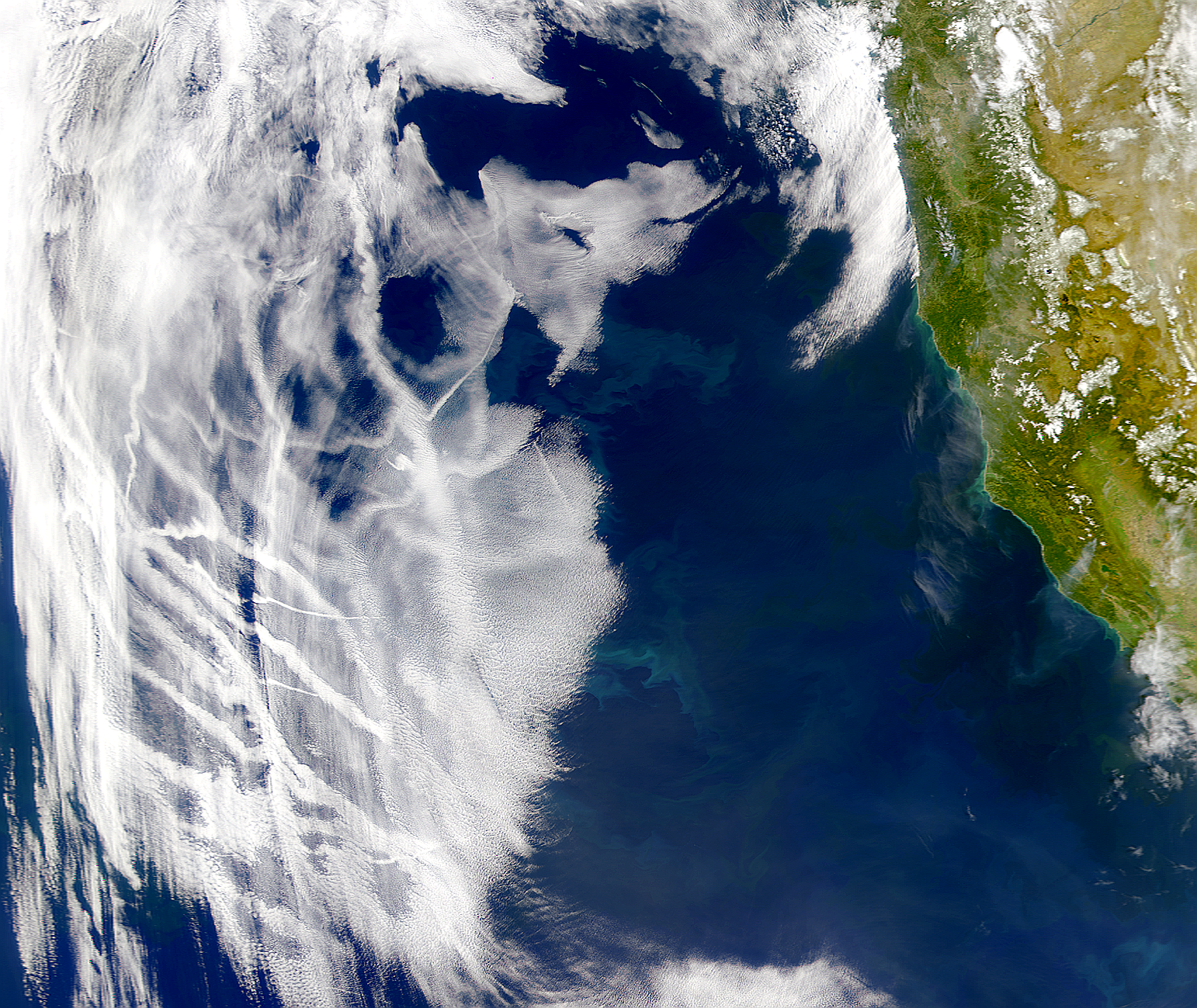 The bloom off the U.S. west coast is partly visible around a bank of clouds that looks like it might have been formed, in part, by contrails. There is also a cloud bank that may be a smoke plume originating in the mountains just to the north of Clear Lake in California.