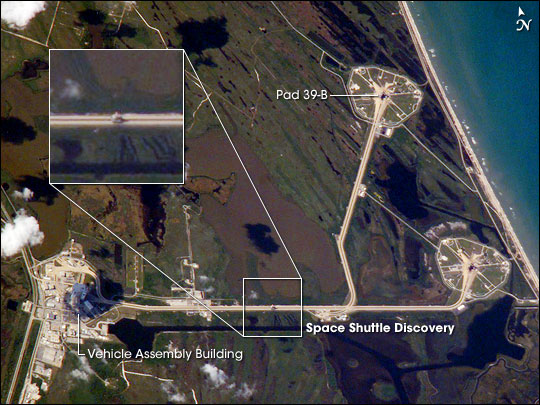 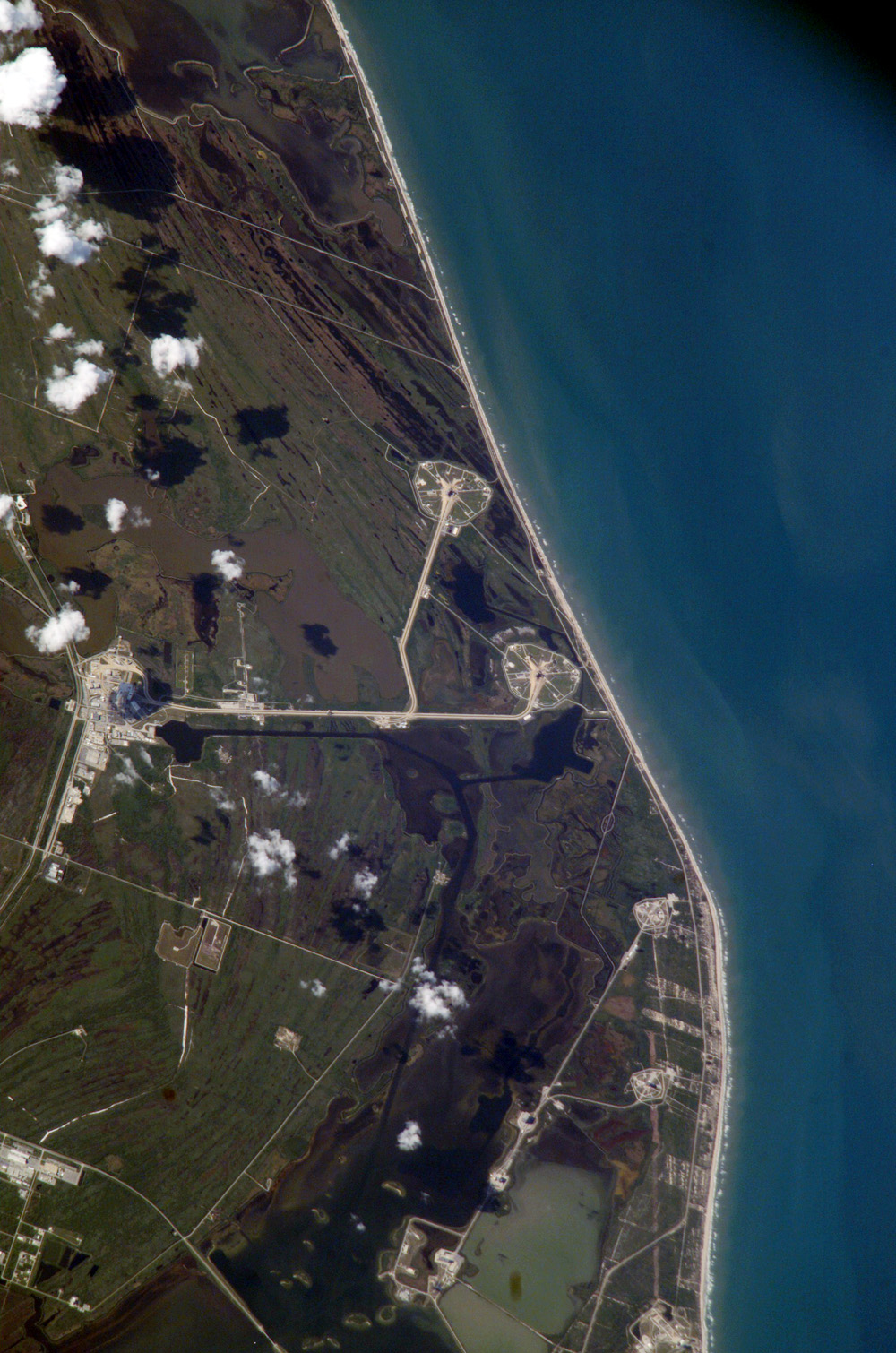 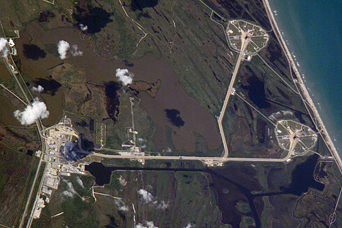 International Space Station Astronaut Leroy Chiao, like the rest of NASA, tracks key milestones for the Space Shuttle Return-to-Flight operations. A lucky overpass of the Space Station over Florida on April 6, 2005, allowed Leroy and his crew mate Salizhan Sharipov a unique view of the rollout of the Space Shuttle Discovery. At the time of his observations, Discovery was approximately midway between the Vehicle Assembly Building (VAB) and launch pad 39-B at Kennedy Space Center in Florida.

Astronaut photograph ISS010-E-23035 was acquired April 6, 2005, with a Kodak 760C digital camera with an 800 mm lens, and is provided by the ISS Crew Earth Observations experiment and the Image Science & Analysis Group, Johnson Space Center. The International Space Station Program supports the laboratory to help astronauts take pictures of Earth that will be of the greatest value to scientists and the public, and to make those images freely available on the Internet. Additional images taken by astronauts and cosmonauts can be viewed at the NASA/JSC Gateway to Astronaut Photography of Earth.