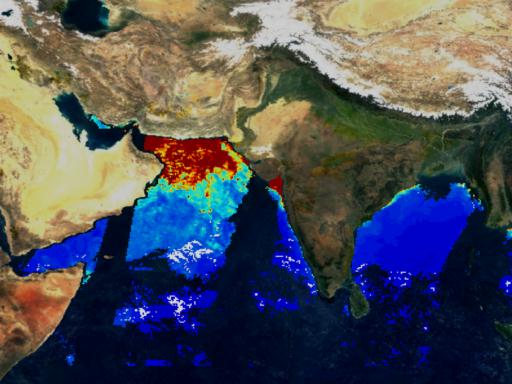 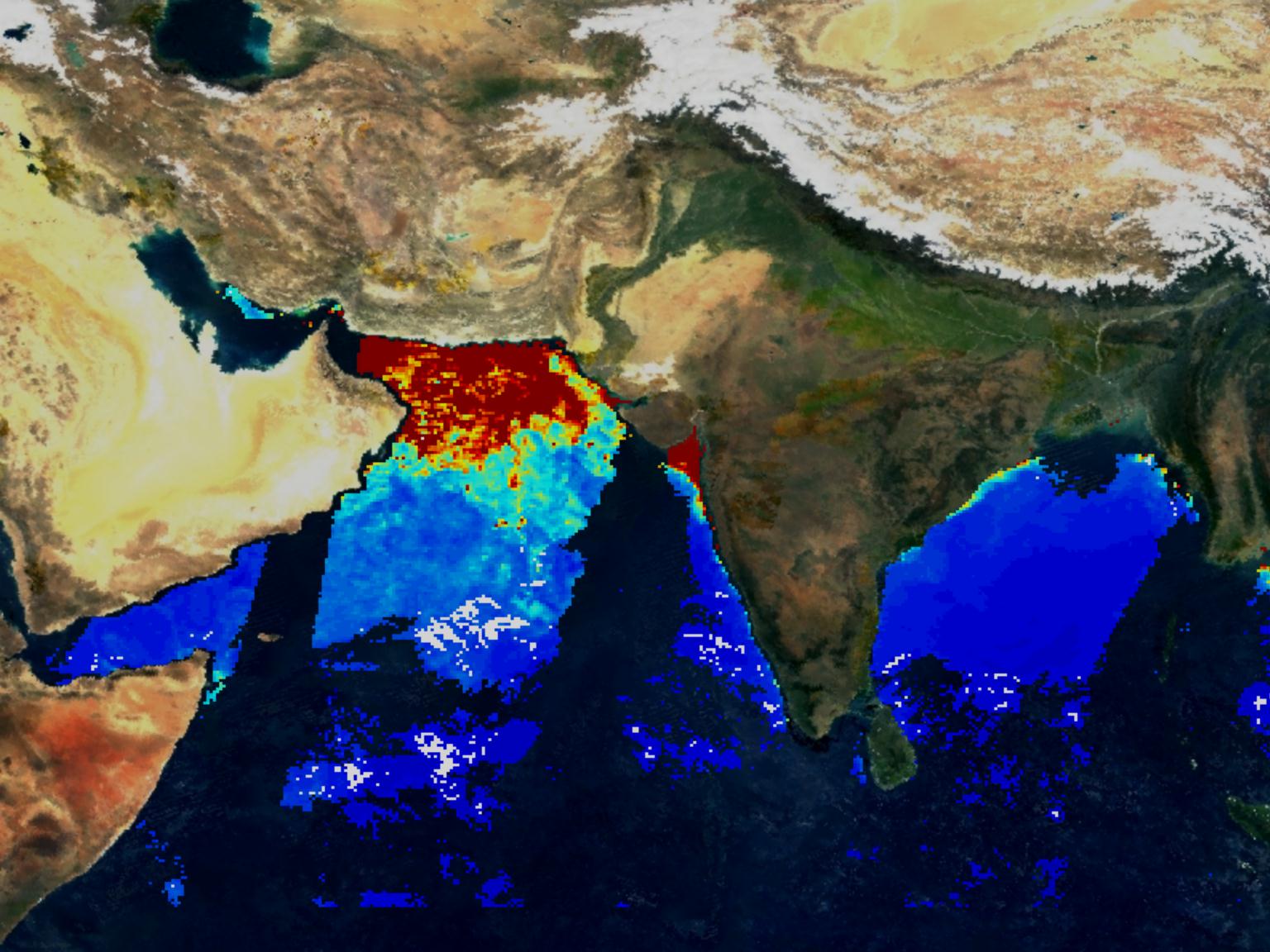 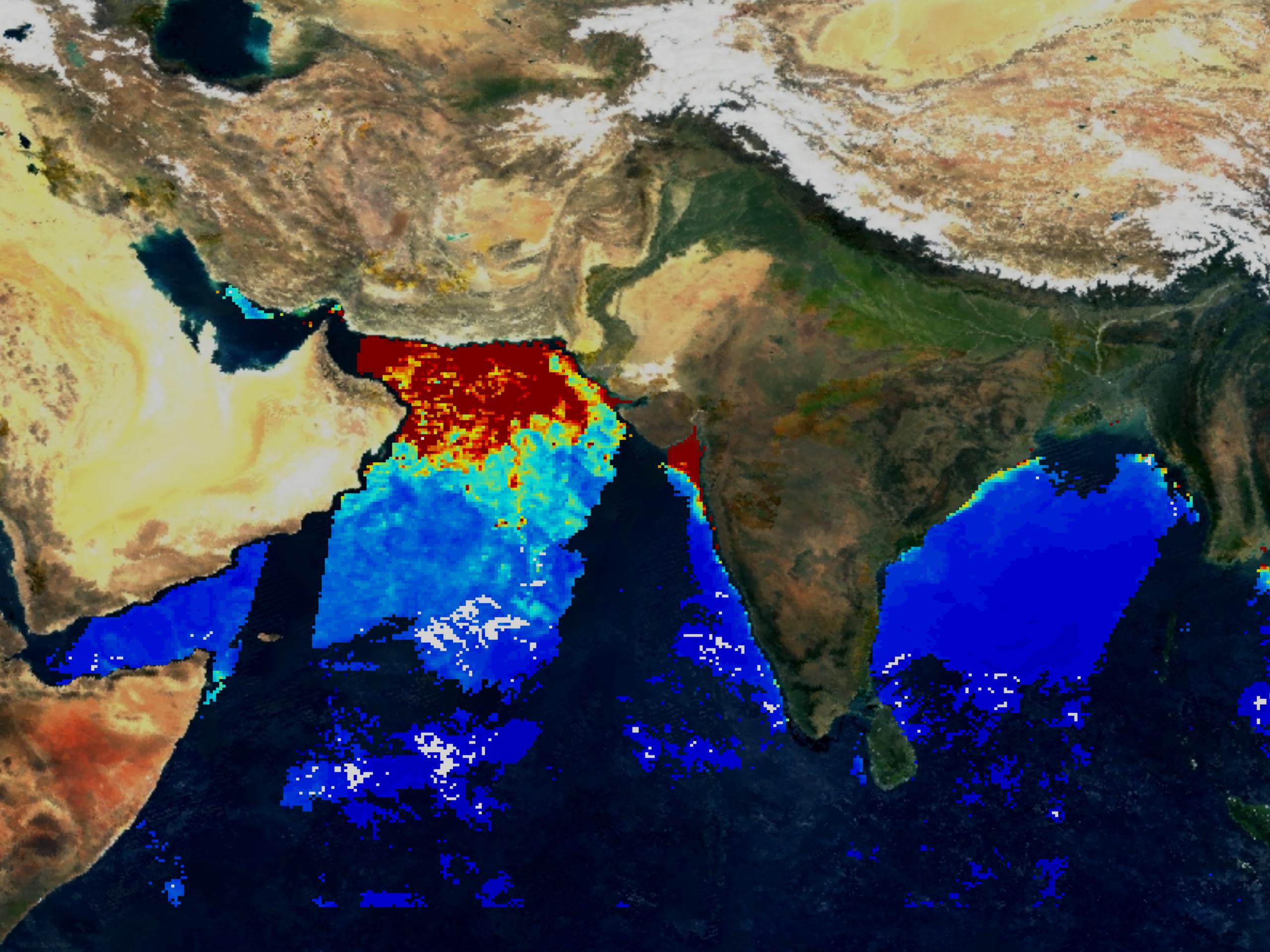 MODIS provides the unprecedented ability to measure chlorophyll fluorescence, which gives insight into the health of phytoplankton in the ocean. When phytoplankton are under stress, they no longer photosynthesize and begin to emit absorbed sunlight as fluorescence. In this image taken over the Arabian Sea, we see high concentrations of chlorophyll (red tones), indicating a denser concentration of the microscopic marine plant.