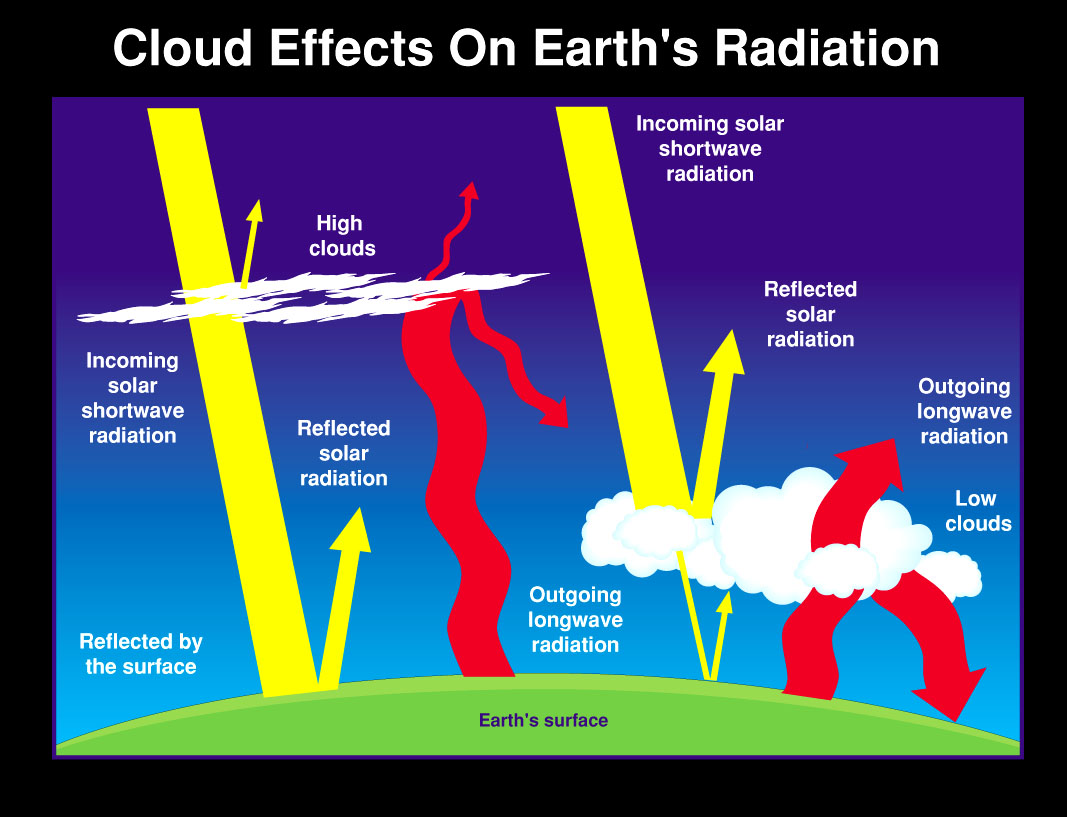 Clouds play a complex role in the Earth's radiation budget. Low Clouds reflect much of the sunlight that falls on them, but have little Effect on the emitted energy. Thus, low clouds act to cool the Current climate. High clouds reflect less energy, but trap more of The energy emitted by the surface. About 10 years ago, measure- Ments like those of CERES showed that clouds act to cool the current climate. However, the measurements could not tell us why the clouds in different parts of the Earth were different from one another. CERES cannot answer this question by itself; the other instruments on Terra will make contributions to what CERES measures that will improve our understanding of why clouds act the way they do in the current climate, and what we may expect them to do in the future.