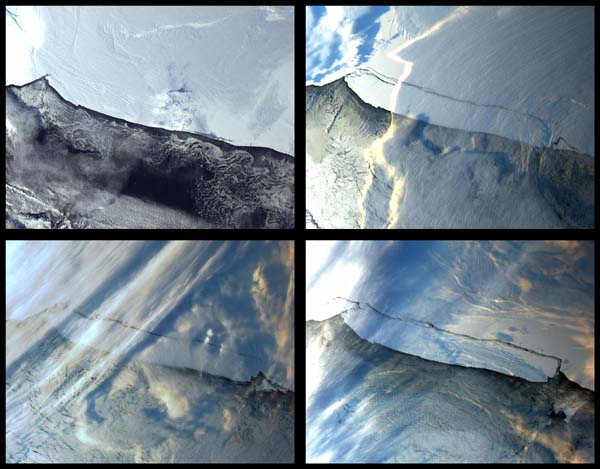 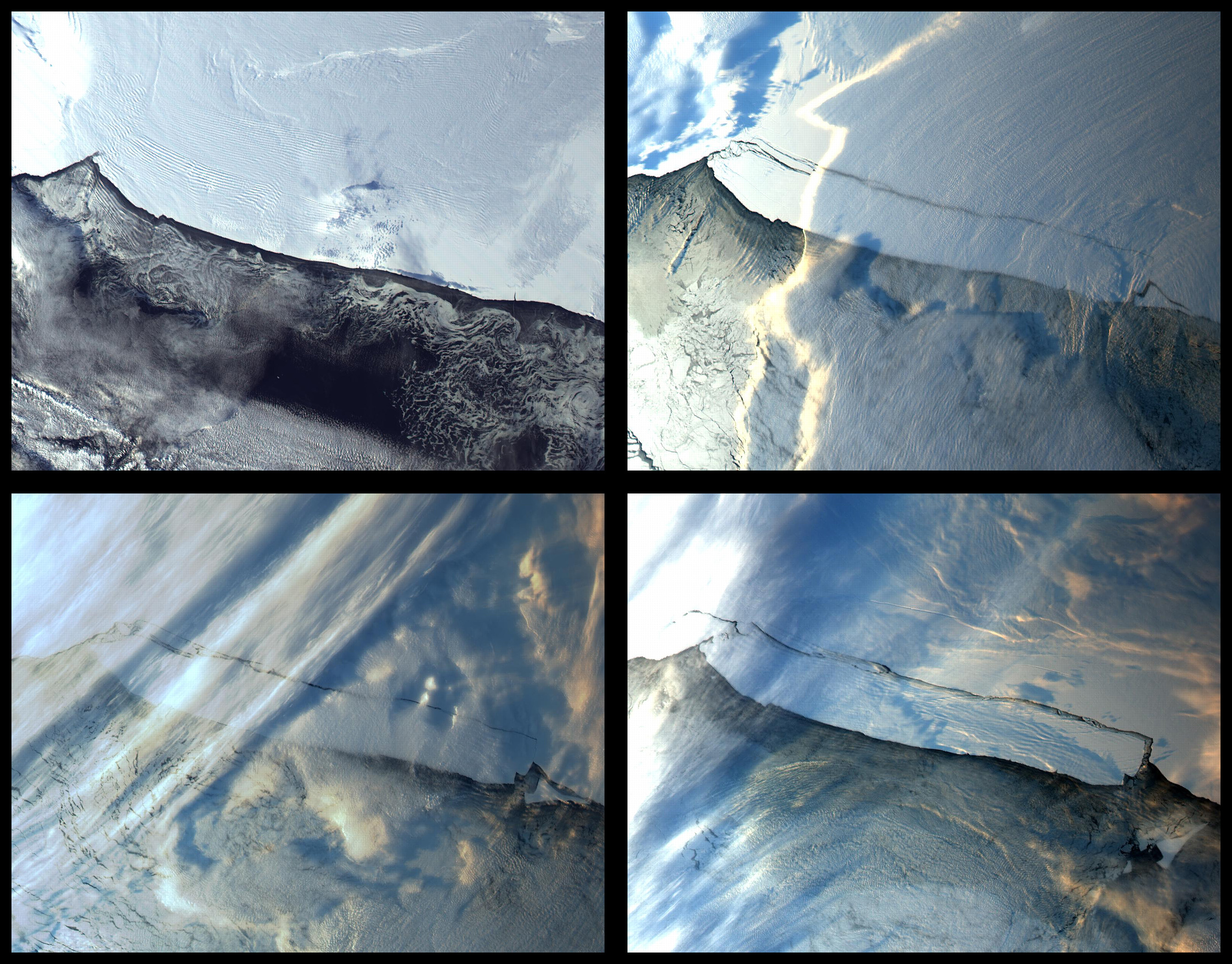 Iceberg B-15 Calving in Antarctica

A massive iceberg (known as B-15) broke off the Ross Ice Shelf near Roosevelt Island in Antarctica in mid-March 2000. Top Left image: March 3, before the calving; Top Right image: March 17, just after the calving; Bottom Left image: March 20; Bottom Right image: March 28, just after the calving of B-17, a comparatively small chunk to the left of B-15. Among the largest ever observed, the B-15 iceberg is approximately 300 km long and 40 km wide–an area about twice the size of the state of Delaware. The iceberg was formed from glacier ice moving off the Antarctic continent. The ice calved along pre-existing cracks in the Ross Ice Shelf.
(MODIS Data Type: MODIS-PFM; MODIS Band Combination: 1, 4, 3)