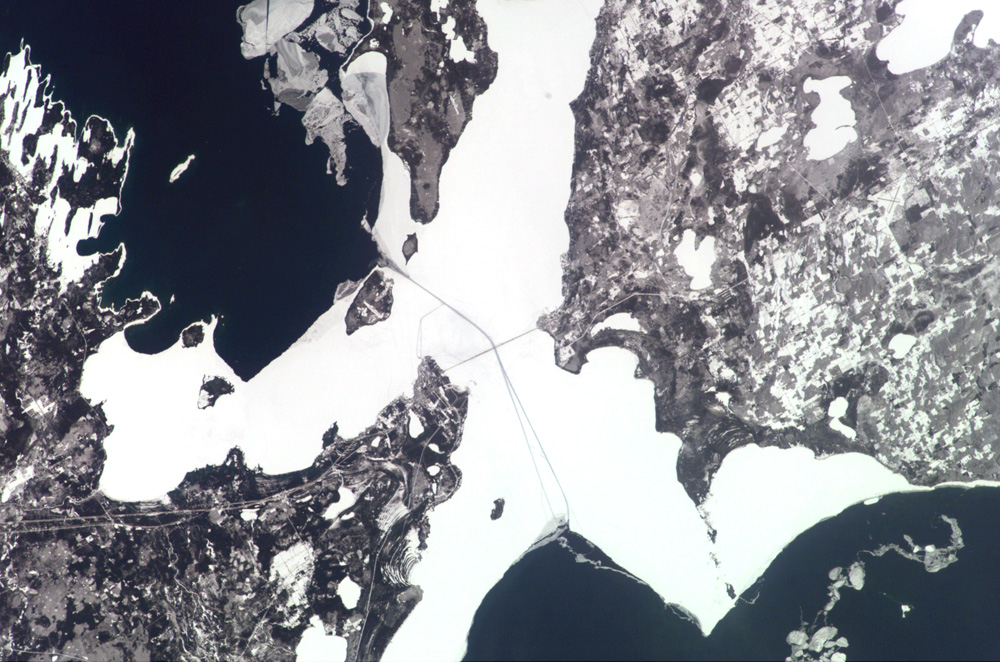 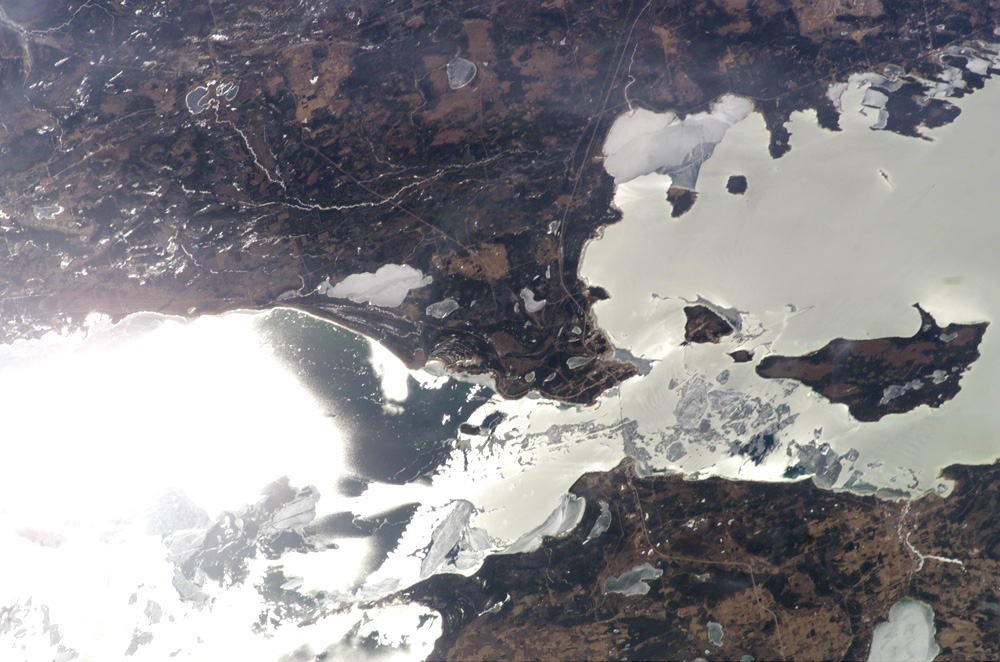 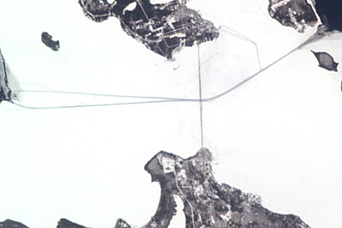 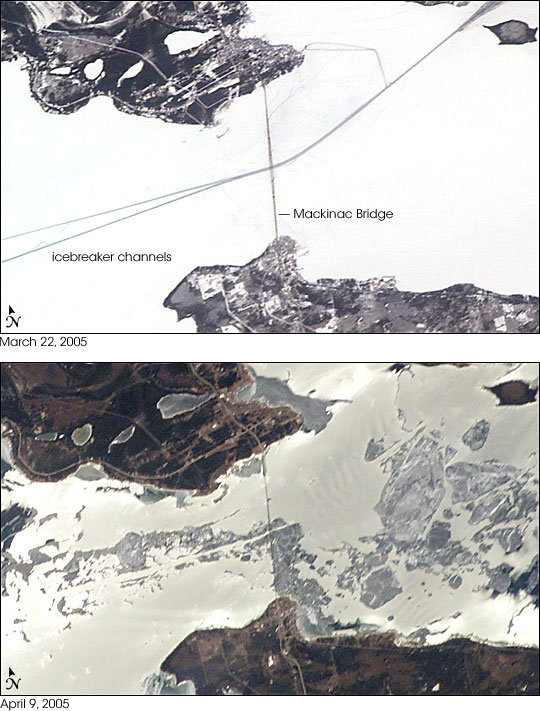 he Mackinac Bridge spans a stretch of water five miles wide between Michigan’s lower and upper peninsulas. The strait connects Lakes Michigan (left) and Huron (right). The bridge is a combination of pier-supported spans with a high, central suspension sector that allows passage of lake steamers.

Astronaut photographs ISS010-E-20813 and ISS010-E-23748 were acquired March 22, 2005 and April 9, 2005, with Kodak 760C digital cameras with 180 mm lenses. The images are provided by the ISS Crew Earth Observations experiment and the Image Science & Analysis Group at the Johnson Space Center. The International Space Station Program supports the laboratory to help astronauts take pictures of Earth that will be of the greatest value to scientists and the public, and to make those images freely available on the Internet. Additional images taken by astronauts and cosmonauts can be viewed at the NASA/JSC Gateway to Astronaut Photography of Earth.