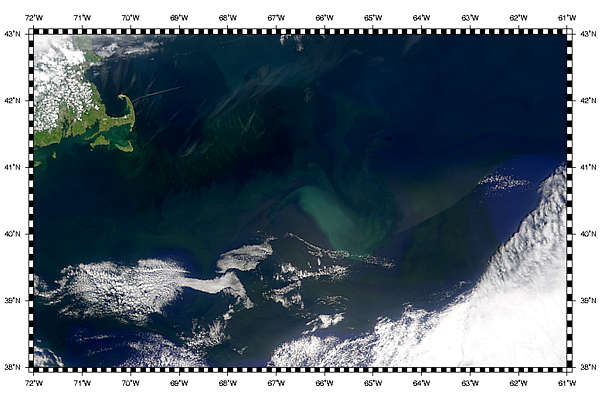 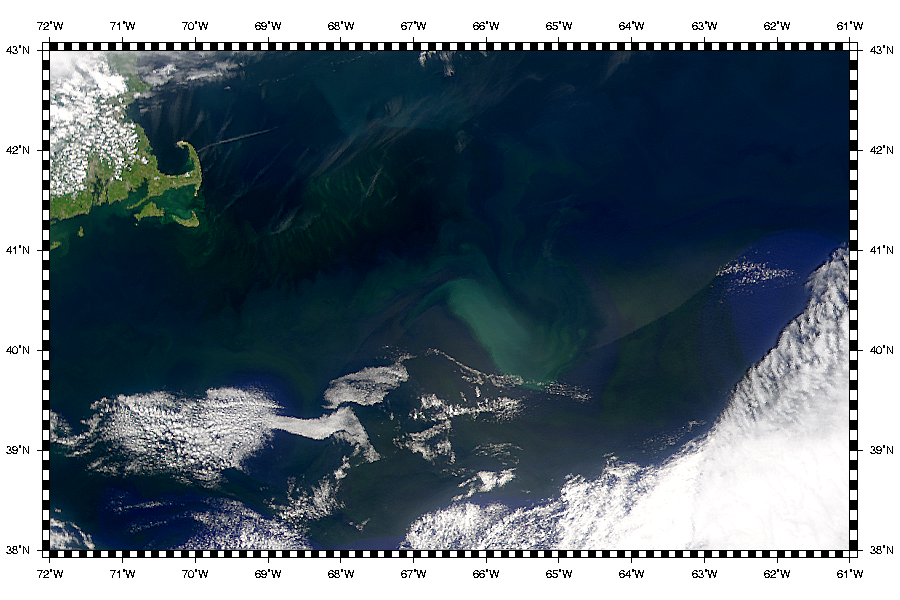 Eddies on the northern edge of the Gulf Stream have continued to develop as is visible in this SeaWiFS image. The image feature around 40.5 North and 64 West is possibly sun glint.