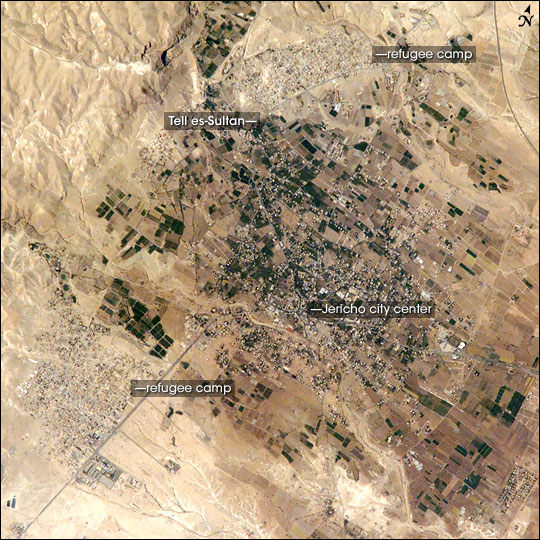 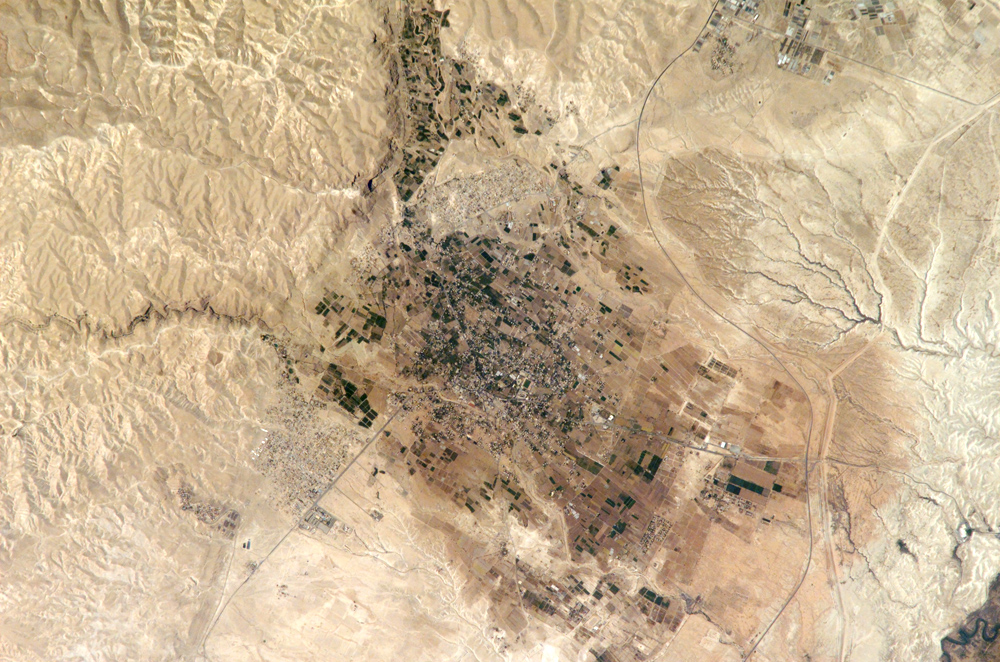 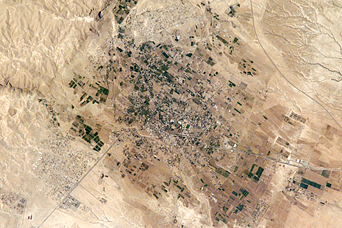 Commonly known as “the oldest city in the world,” Jericho is an important historical, cultural, and political center located northwest of the Dead Sea. This astronaut photograph illustrates the city center, and the original settlement mound of Tell es-Sultan. Total distance across the image is approximately 8 kilometers (5 miles). Two large refugee camps are located to the northwest and south of the city center. The high building density of the refugee camps contrasts sharply with the more open city center and irrigated fields (green polygonal patches) of Jericho, and illustrates one of the physical consequences of the ongoing Israeli-Palestinian conflict in the region.

Astronaut photograph ISS005-E-9451 was acquired August 11, 2002 with a Kodak 760C digital camera with an 800 mm lens, and is provided by the ISS Crew Earth Observations experiment and the Image Science & Analysis Group, Johnson Space Center. The International Space Station Program supports the laboratory to help astronauts take pictures of Earth that will be of the greatest value to scientists and the public, and to make those images freely available on the Internet. Additional images taken by astronauts and cosmonauts can be viewed at the NASA/JSC Gateway to Astronaut Photography of Earth.