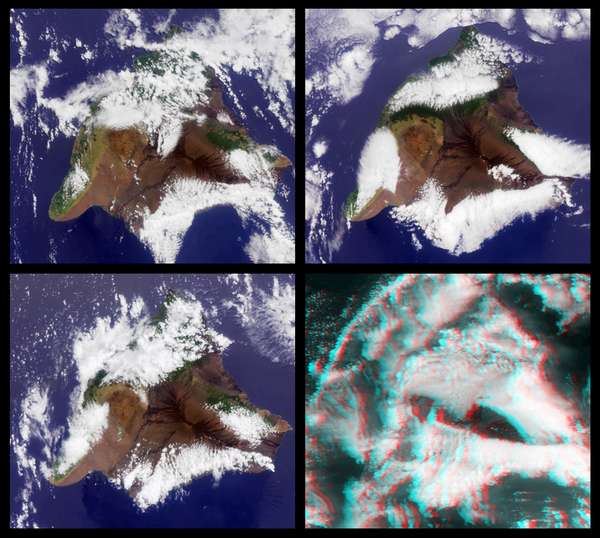 MISR images of the Big Island of Hawaii. The images have been rotated so that north is at the left.

The first three images are color views acquired by the vertical (nadir) camera. The last image is a stereo anaglyph generated from the aftward cameras viewing at 60.0 and 70.5 degree look angles. It requires red/blue glasses with the red filter over the left eye.

The color images show the greater prevalence of vegetation on the eastern side of the island due to moisture brought in by the prevailing Pacific trade winds. The western (lee) side of the island is drier. In the center of the island, and poking through the clouds in the stereo image are the Mauna Kea and Mauna Loa volcanoes, each peaking at about 4.2 km above sea level. The southern face of a line of cumulus clouds off the north coast of Hawaii is also visible in the stereo image.