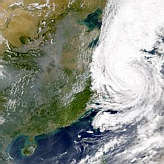 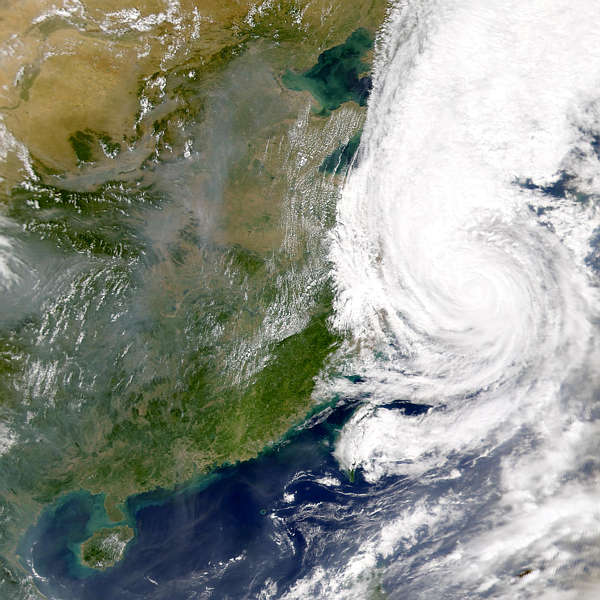 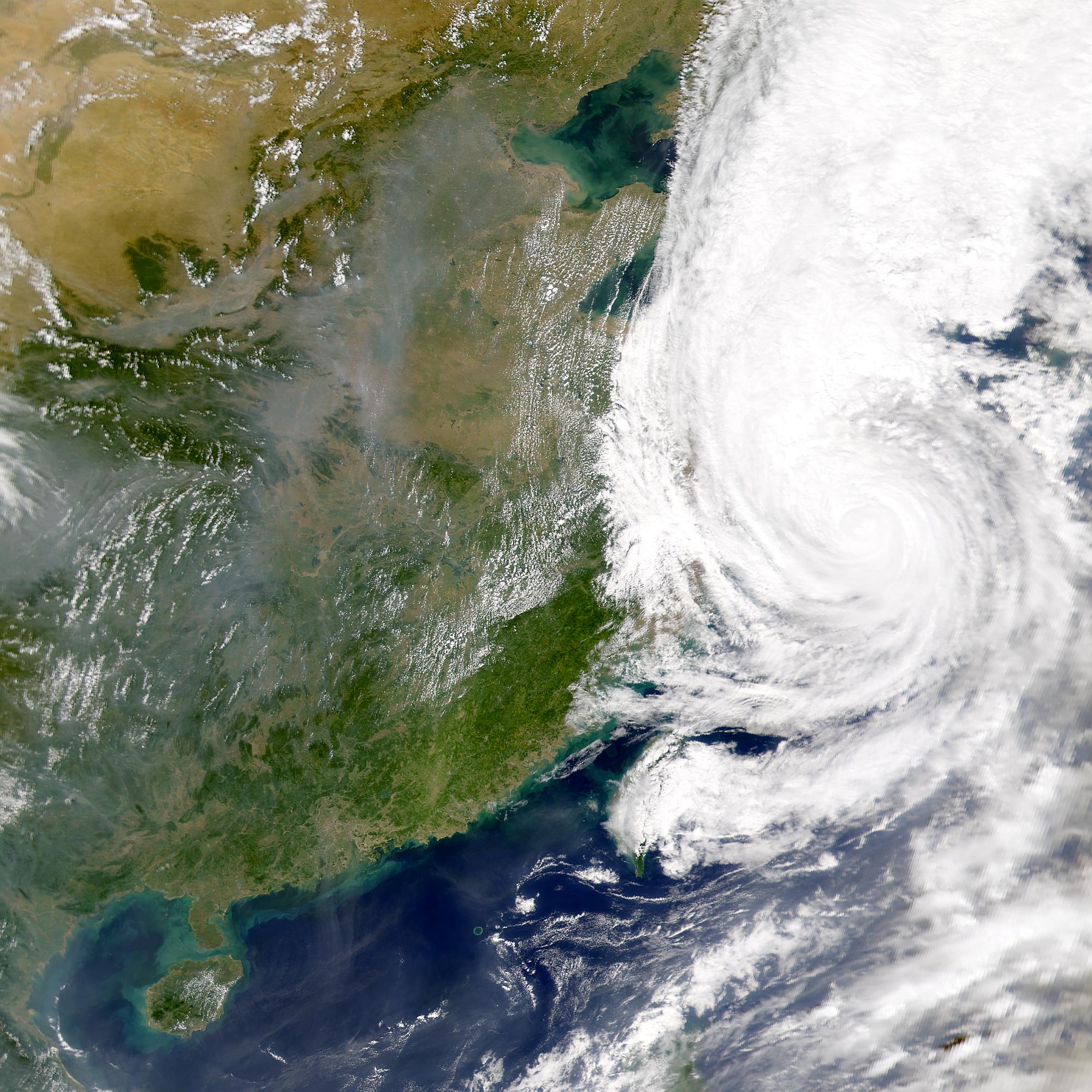 This SeaWiFS image shows Typhoon Saomai whirling along China's east coast. West of the storm China is largely cloud free. A pall of haze (likely air pollution) lies over much of the region though. The area of heaviest haze extends from Beijing at the north end of this image toward the southwest. Many of the cities south of Beijing are visible as roughly circular lighter areas in this image. (Beijing is the largest of these features.)

Phytoplankton color the waters of the Bohai Sea and along the south coast and around the island of Hainan. The blue-green circular feature to the southeast of Hong Kong is caused by the reefs of Tungsha Tao.