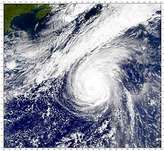 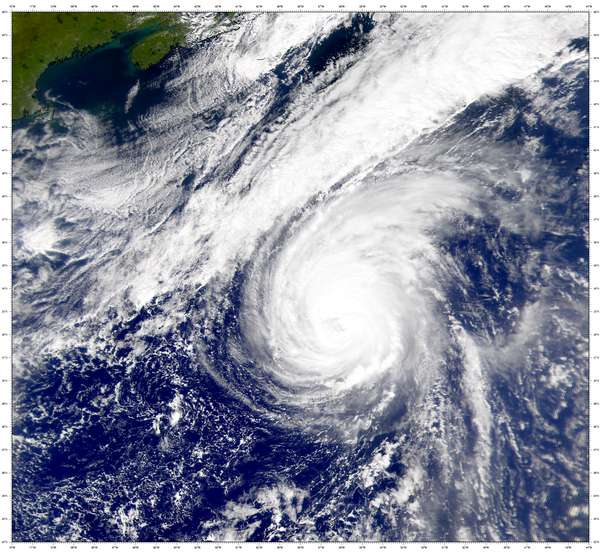 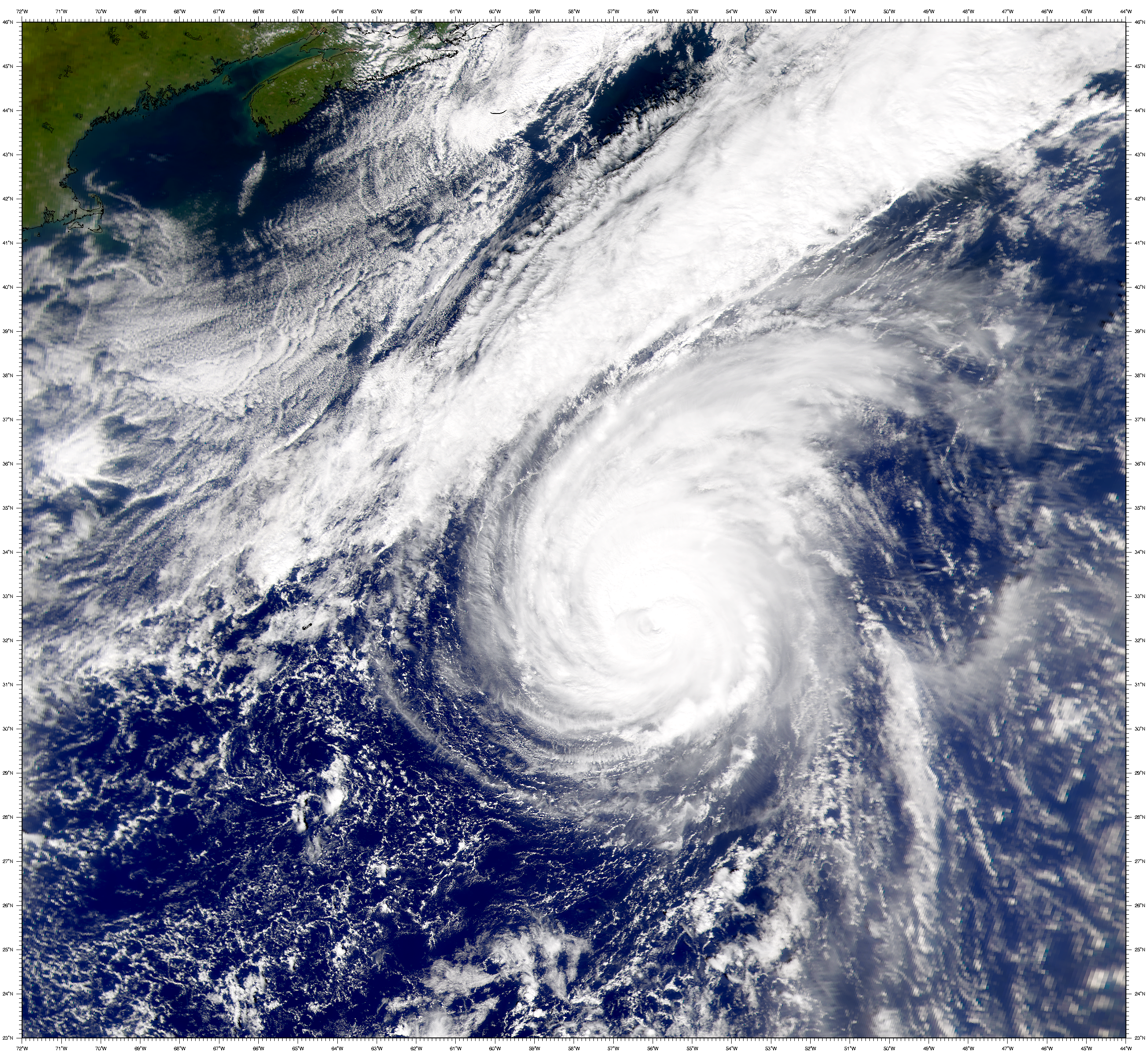 The fifth hurricane of the season, Hurricane Isaac continued its trip across the North Atlantic with maximum winds still around 125 mph. Based on the storm's current northward track, meteorologists expect it to stay far to the east of Bermuda and they predict that it is unlikely to threaten any land. The storm is expected to weaken over the next 24 hours.

This view is from the Sea-viewing Wide Field-of-view Satellite (SeaWiFS) on theafternoon of September 29, 2000.

For more information on hurricanes, see Hurricanes: The Greatest Storms on Earth.