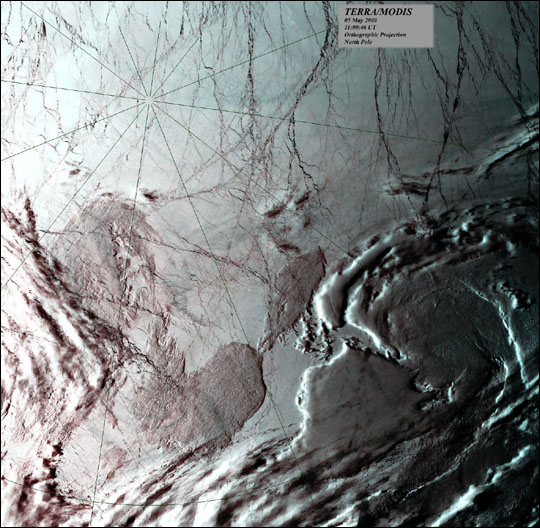 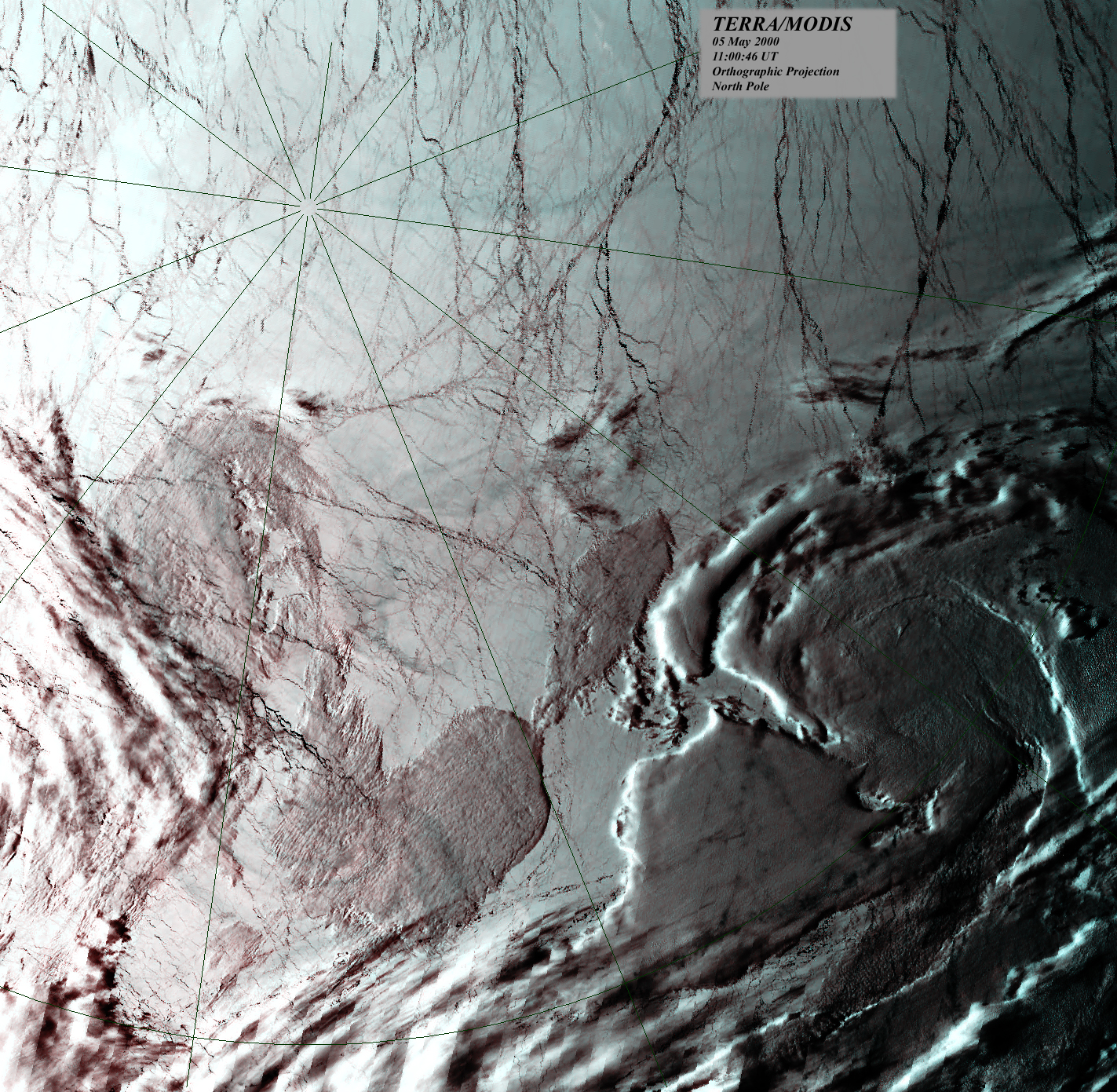 This true-color image over the North Pole was acquired by the MODerate-resolution Imaging Spectroradiometer (MODIS), flying aboard the Terra spacecraft, on May 5, 2000. The scene was received and processed by Norway's MODIS Direct Broadcast data receiving station, located in Svalbard, within seconds of photons hitting the sensor's detectors.

In this image, the sea ice appears white and areas of open water, or recently refrozen sea surface, appear black. The irregular whitish shapes toward the bottom of the image are clouds, which are often difficult to distinguish from the white Arctic surface. Notice the considerable number of cracks, or "leads," in the ice that appear as dark networks of lines.

Throughout the region within the Arctic Circle leads are continually opening and closing due to the direction and intensity of shifting wind and ocean currents. Leads are particularly common during the summer, when temperatures are higher and the ice is thinner. In this image, each pixel is one square kilometer.

Such true-color views of the North Pole are quite rare, as most of the time much of the region within the Arctic Circle is cloaked in clouds.