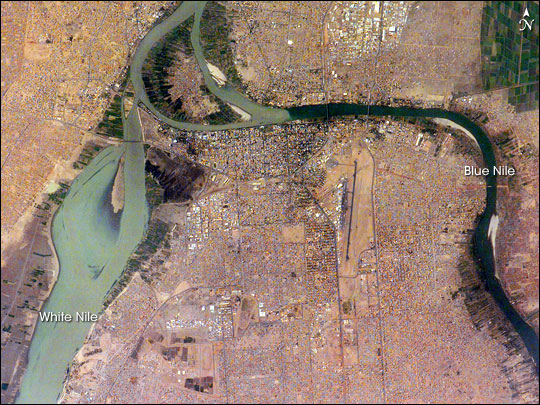 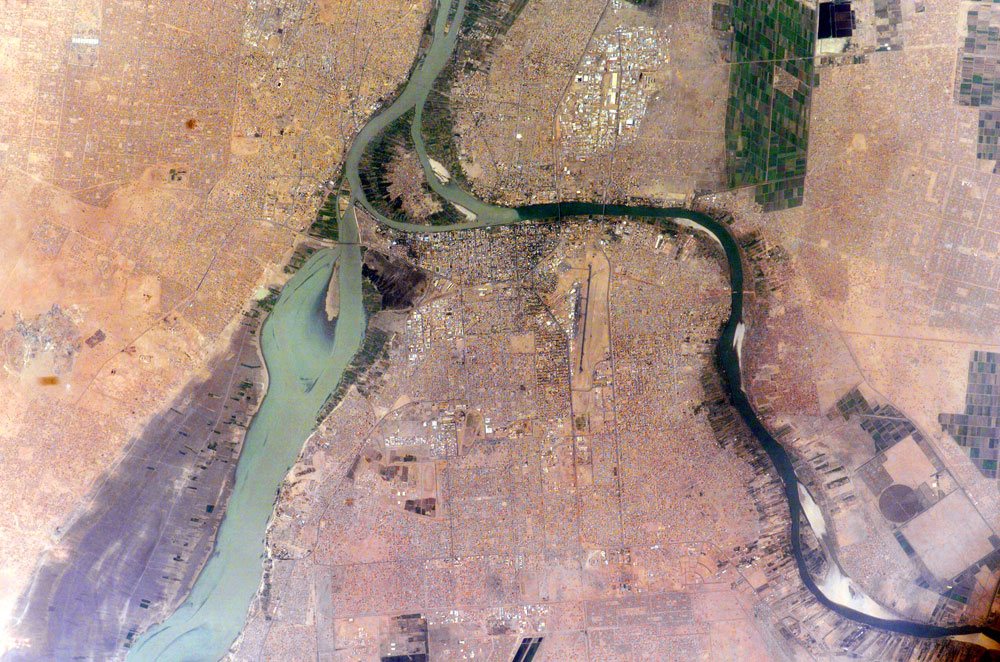 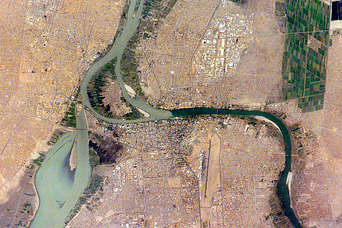 Sudan’s capital city, Khartoum, translates as “Elephant’s Trunk.” The name describes the shape of the Nile where the Blue and the White Nile Rivers unite to form the single Nile River that flows northward into Egypt. This image shows the rivers near the end of the dry season. The White Nile (western branch) runs through Sudan from Uganda. It originates in equatorial regions, where rainfall occurs throughout the year, and as a result it runs at a nearly constant rate throughout the year. The Blue Nile, nearly dry this time of year, flows out of the Ethiopian highlands, where rainfall is more seasonal. It swells in the late summer and early fall with rains from the summer monsoons. The flow at these times can be so great that the volume is too much for the river’s channel, causing the Nile to flow backward at the junction.

Astronaut photograph ISS010-E-23451 was acquired April 7, 2005, with a Kodak 760C digital camera with a 400 mm lens, and is provided by the ISS Crew Earth Observations experiment and the Image Science & Analysis Group, Johnson Space Center. The International Space Station Program supports the laboratory to help astronauts take pictures of Earth that will be of the greatest value to scientists and the public, and to make those images freely available on the Internet. Additional images taken by astronauts and cosmonauts can be viewed at the NASA/JSC Gateway to Astronaut Photography of Earth.